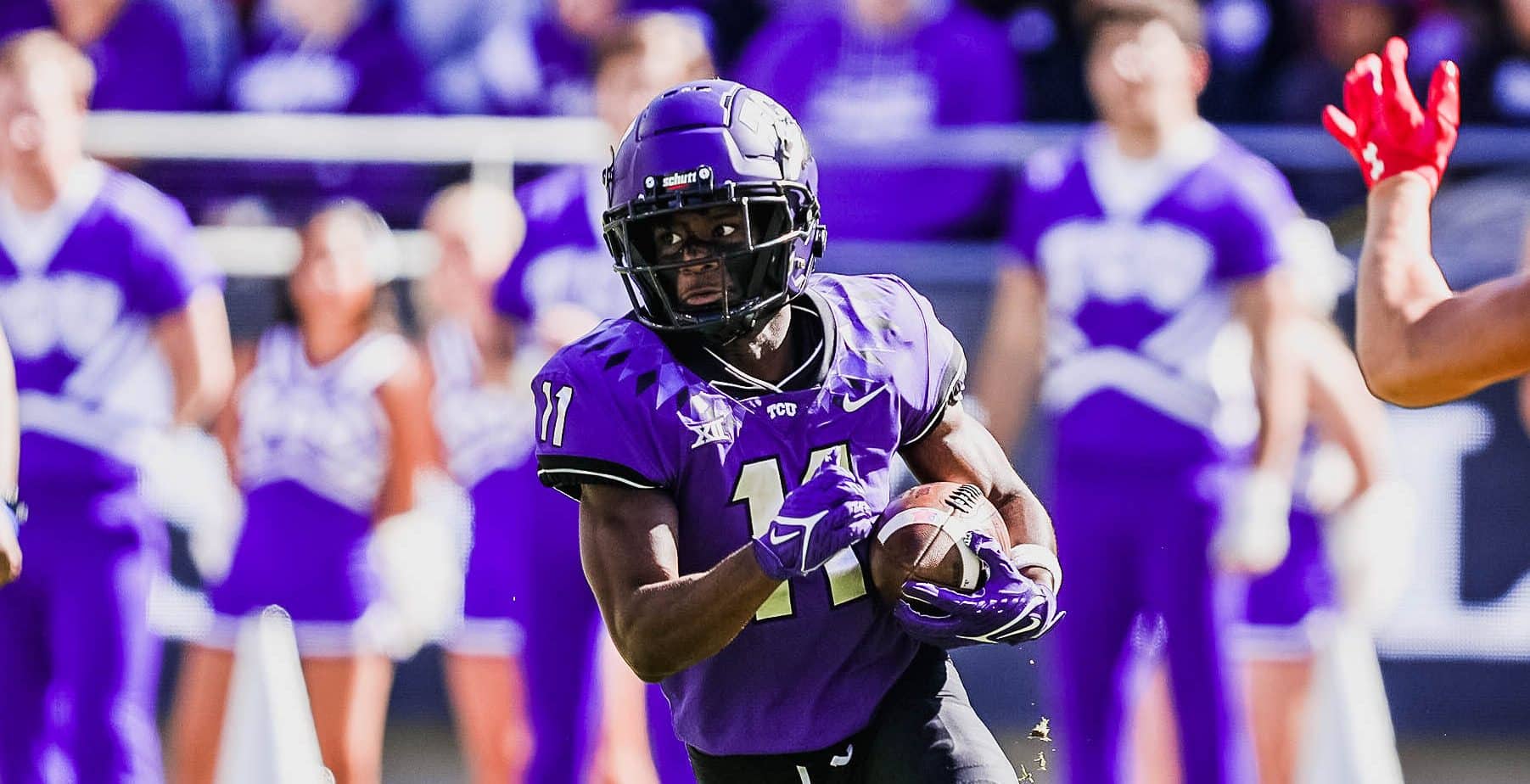 TCU stays undefeated with a 34-24 win over Texas Tech

By Jamie PlunkettNovember 5, 2022No Comments

FORT WORTH — TCU moved to 9-0 Saturday for the first time since the 2010 season with a 34-17 win over Texas Tech, managing to stay perfect despite a slow start on offense without one of its top players.

Wide receiver Quentin Johnston exited the game on the first drive, favoring the ankle he injured against West Virginia. TCU’s leading receiver did not return to the game, save for an onside kick attempt late in the contest, although he remained on the sideline with his helmet on.

Without him, TCU’s offense looked lost, failing to score on their first eight possessions of the game. As a result, Texas Tech carried a 17-13 lead late into the third quarter.

The Horned Frogs found offense in other ways early in the game, as Derius Davis returned his fifth career punt for a touchdown to give TCU a 7-0 lead. The return put him alone in first place all time for TCU. He has six career special teams touchdowns, which is also first all time.

Kendre Miller, meanwhile, eclipsed the 1,000-yard rushing mark for the second consecutive season. His 158 rushing yards led the Frogs on the ground. Miller also scored a rushing touchdown, his 12th of the season. Saturday was Miller’s 10th straight game with a rushing TD, the second longest streak in TCU history behind LaDainian Tomlinson’s 15-game streak.

TCU’s defense opened the game with two straight forced punts, a much better start than a week ago. Davis returned the first punt for a touchdown, but the Frogs offense failed to convert a fourht-and-2 after the second punt.

Texas Tech answered after the turnover on downs, gashing the Frogs with the run before Behren Morton found Jerand Bradley for a 47-yard touchdown. TCU’s defense never got set on the play, as the safeties were still scrambling to get aligned, and in the confusion Bradley found himself completely uncovered. The score erased any momentum the Frogs had gained with the punt return TD.

Texas Tech and TCU continued to battle back and forth, with the Red Raiders taking a 10-7 lead with a field goal at the end of the first quarter.

TCU’s offense mustered two field goals in the second quarter, giving the Frogs a 13-10 halftime lead, but a touchdown from Tech in the third quarter put the Red Raiders back on top.

TCU’s offense started gaining some rhythm in the final frame, as Max Duggan threw two touchdown passes to help put the Frogs up 34-17.

A late touchdown from Texas Tech cut into the Frogs’ lead, but TCU had all but sealed the win at that point.