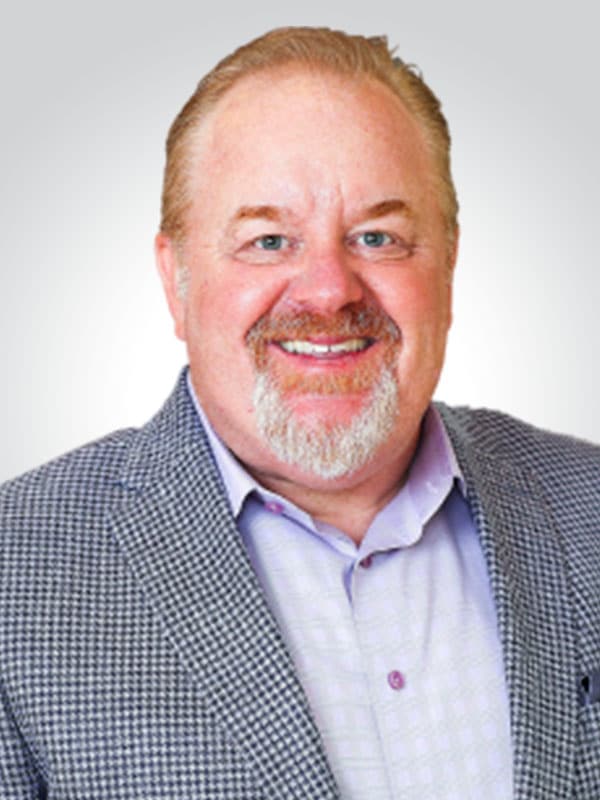 “Frogs Today” founder and host, Brian Estridge brings more than 35 years of broadcasting experience to the Roxo Media House family. His broadcasting career began in South Carolina at the age of 14, with stops along the way in North Carolina and Ohio before arriving in Texas over two decades ago.

Brian is in his 23rd season as the "Voice of the TCU Horned Frogs” this fall. In addition to his insightful and entertaining play-by-play radio duties for TCU, Estridge has also provided play-by-play for numerous ESPN television, Fox Sports Net, Mountain West Network, and CBS/Westwood One radio productions. He spent 13 years as the co-host of the WBAP Morning News on legendary radio station News/Talk 820AM WBAP.

A native of Kershaw, S.C., Brian’s play-by-play work for TCU has been honored by the Texas Associated Press Broadcasters as the “Best in Texas” 14 times in the last 19 seasons.  A graduate of Appalachian State University, Estridge and his wife, Dr. Rebecca Ringer, reside in Colleyville with their two children, Gaines and Ellie. Active in the community, Estridge serves on the executive boards of the Davey O’Brien Foundation, the Armed Forces Bowl, the Ben Hogan Award, the Cliburn Marketing Committee, and the Board of Deacons at his church, First Baptist Grapevine.  He also volunteers for numerous charitable organizations including HOPE Farm, FCA, Salvation Army, and has served as a mission trip host to Cuba on multiple occasions.  His hobbies include coaching youth sports, muscle cars, international travel and saltwater sport fishing. 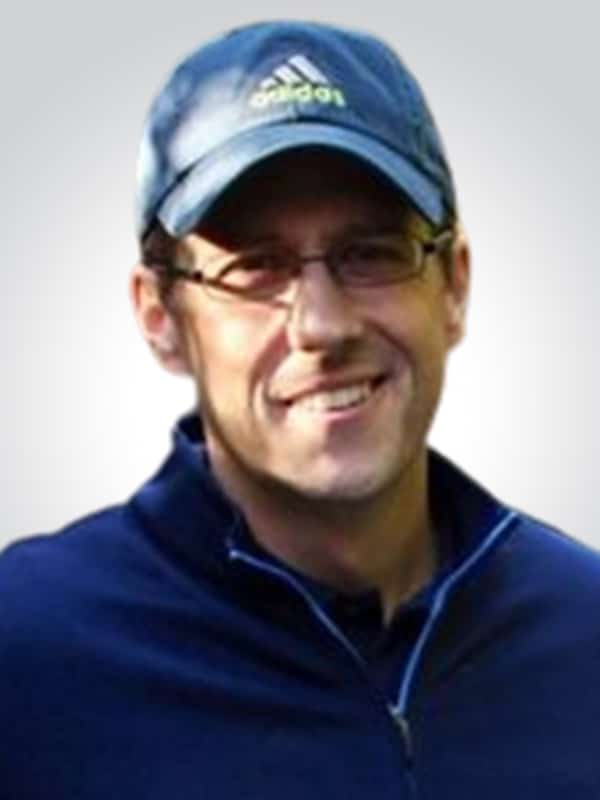 Jeff Wilson has seen a little of everything in his nearly 30 years as a journalist in the DFW market, but he's seen a lot of Rangers baseball and TCU athletics. The Colorado native is the founder of RangersToday.com and the Rangers Today Baseball Podcast. He was the first writer hired by Roxo Media House for FrogsToday.com. When Jeff isn't working, which is rare, he is cheering on his kids' sports teams and marveling at his wife. 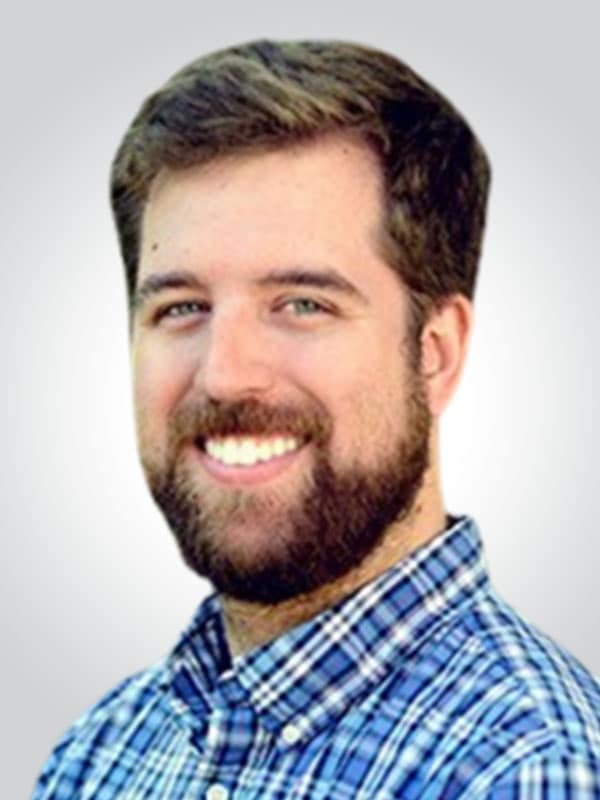 Jamie has covered TCU athletics since 2011, when he joined SB Nation. He served as the Managing Editor of “Frogs O' War” for 10 years. He joined the “Frogs Today” team in March 2022, focusing on written content and social media strategy. He served as a youth minister for multiple Disciples congregations, and has also worked full-time in marketing and social media. 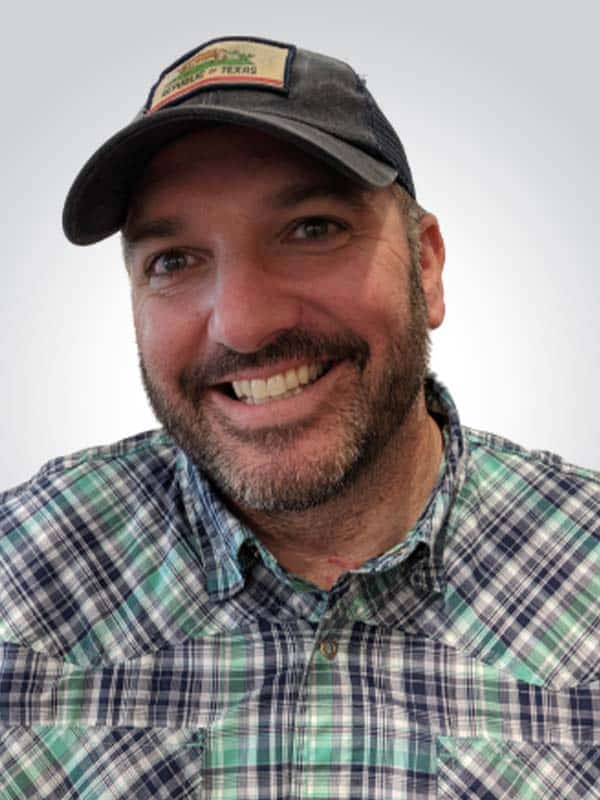 Beaudin was named the Texas State Coach of the Year in 2020 after leading Nolan Catholic, located in Fort Worth east of downtown, to a runner-up finish in TAPPS Division I. He coached four U.S. All-Americans, 26 players who received FBS scholarship offers, and 64 who were recruited by FCS or Division III colleges. He has coached both sides of the ball after a playing career as a fullback at Merrimack College in Massachusetts, where he walked on and eventually earned a scholarship and became a team captain. He began his coaching career at his alma mater. Be sure to follow David Beaudin on Twitter at @CoachBeaudin. 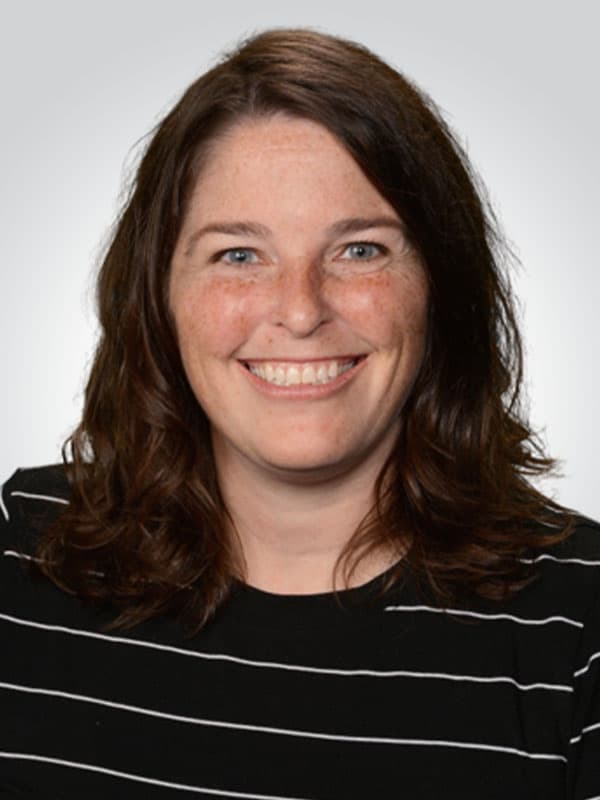 Melissa Triebwasser has been writing about TCU since her time as an undergrad, where she spent time at The Skiff as a reporter and photographer. She began her post-grad journalism career on the fan site “Spitblood” before matriculating to SB Nation’s “Frogs O’ War” in 2014.

Triebwasser was co-manager of “Frogs O’ War” beginning in 2015, where she covered the full spectrum of TCU Athletics as a reporter, podcaster, and photographer. After eight years with SB Nation, Triebwasser joined the “Frogs Today” team, where she continues to report on the Horned Frogs in a variety of ways. Career highlights include covering multiple TCU Basketball NCAA Tournament trips, several football bowl games, and the College World Series. 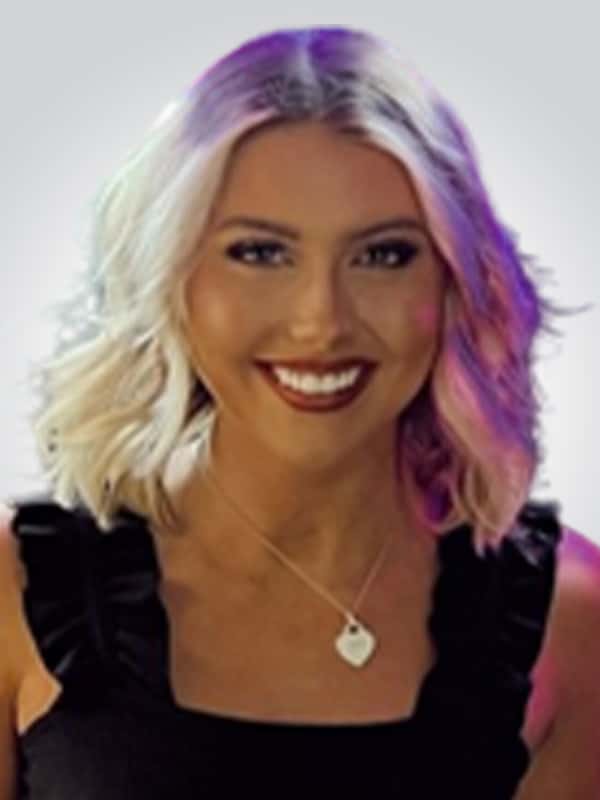 Maggie Hale is a three-time Lonestar Student Production Emmy Winner, as well as a national nominee. She adjunctly works for Bally Sports Southwest through the National Lacrosse League’s Panther City Lacrosse Club and with the WNBA’s Dallas Wings. Outside of work, Hale is currently studying for a BA of Political Science with a minor in Journalism from Texas Christian University. 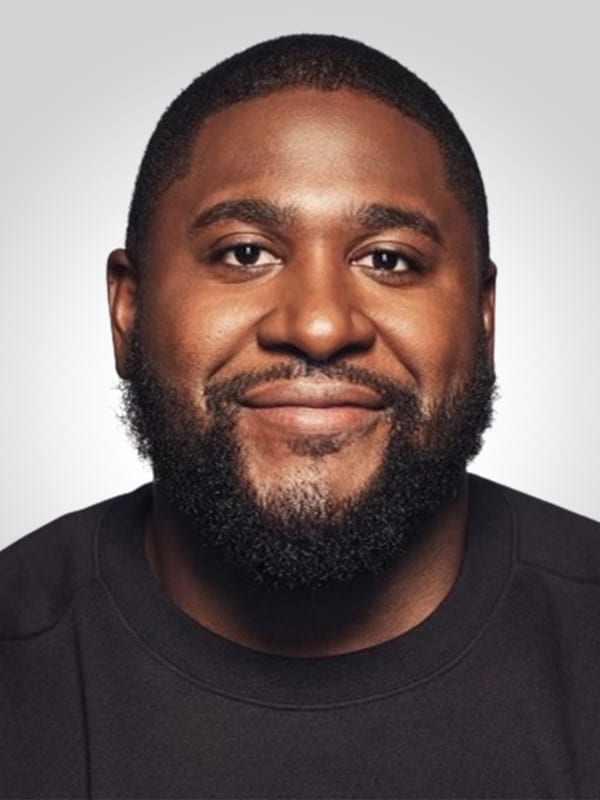 Marshall Newhouse is an eleven-year NFL veteran offensive tackle, Super Bowl champion, investor, advisor and entrepreneur. He was originally selected by the Green Bay Packers in 2010, where he spent four seasons and was part of the Super Bowl XLV championship team. Marshall has also competed for the Cincinnati Bengals, New York Giants, Oakland Raiders, Buffalo Bills, Carolina Panthers, New Orleans Saints, New England Patriots, and Tennessee Titans. Off the football field, the TCU alumnus (‘10) is an entrepreneur and investor focused on tech, consumer, and real estate. He has spoken at SXSW, the Global Roundup Conference, the IPO Summit, and fireside chats. He’s currently serving as a Resident with Next Play Capital, on the NFLPA Athletic Advisory Board, and serving as an advisor for Techstars Sports Accelerator. A Dallas native, Newhouse currently resides in Austin. 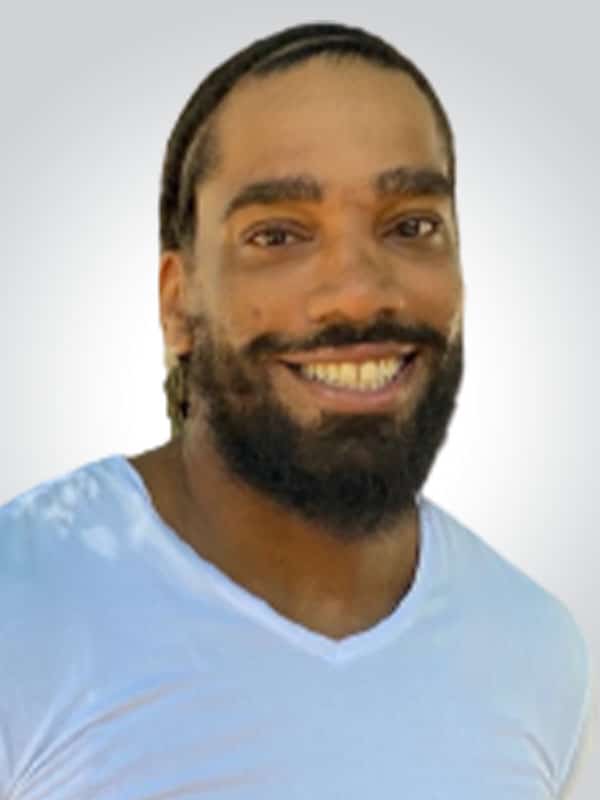 Bingo attended High School at Wichita Falls (TX) High School where he played three years on the varsity basketball team for coach Larry Menefee. Bingo could have played varsity as a freshman but the rule had not yet been changed for freshmen to be allowed to play varsity basketball. He would go on to become Wichita Falls All-Time leading scorer for high school. He was named team MVP in back-to-back years his junior and senior years. During his senior year he averaged 33 points a game, and scored 50 points in one game.

He was awarded a scholarship to play basketball at Texas Christian University, playing all four years of his college years. During his first three years at TCU, he played for legendary coach Billy Tubbs; his final year, he played for Neil Dougherty. He scored the most three-point shots in a game by a freshman and had the most three-pointers made by a freshman in a single season. He was named to the All Newcomer Team and is a member of the 1,000 Point Club. From TCU, he went on to play professional basketball internationally. He returned to TCU following his professional career and is graduating in December 2022. 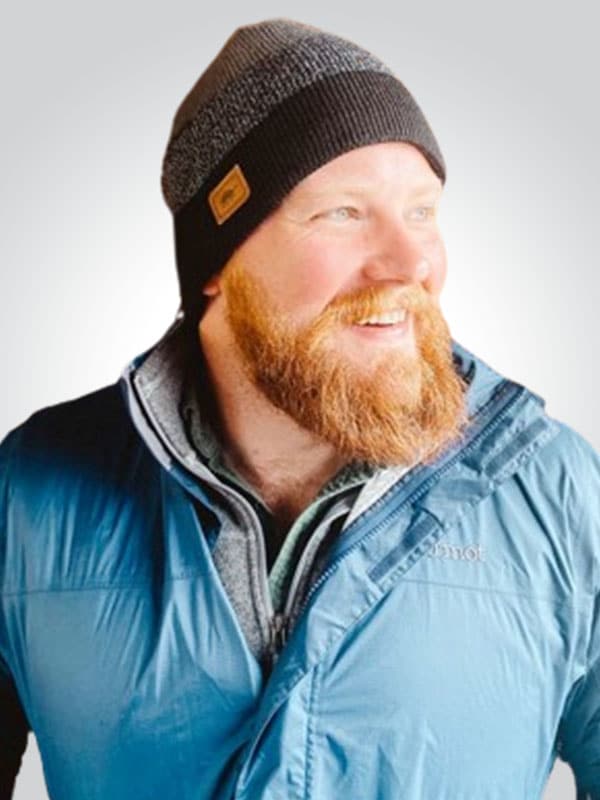 Parker Fleming is a data scientist and college football analyst. He graduated from TCU in 2013 with a degree in Economics and has covered TCU and college football since 2019. He is an analyst for the BETUS College Football Show and has experience working with coaches and teams on game planning and scouting. He co-hosts the “Purple Theory Podcast” with Grant McGalliard. 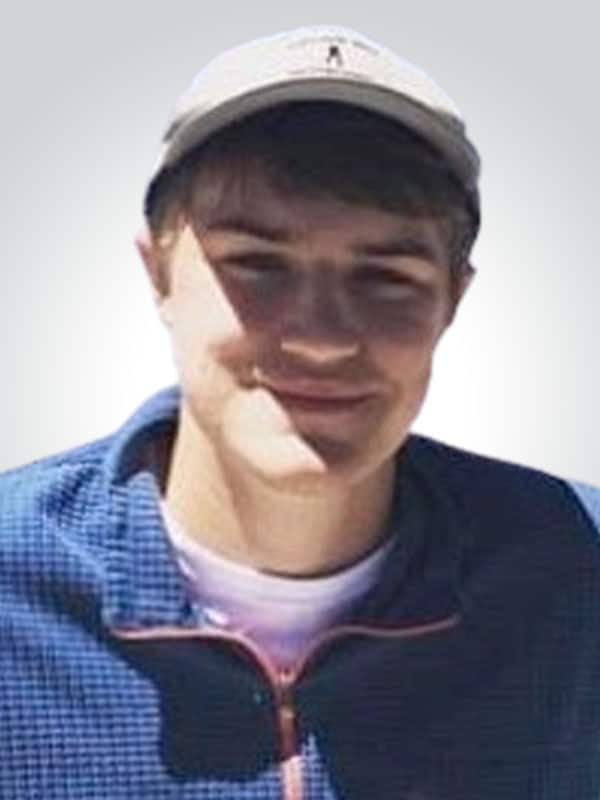 Grant McGalliard has covered TCU athletics in some form or fashion since 2013. He is the two-time recipient of the Dan Jenkins Scholarship, given to TCU students who excel in sportswriting. Grant has covered TCU and the Big 12 for The Dallas Morning News, SB Nation, Big 12 DieHards, and for a few other outlets as well. He is the co-host, along with Parker Fleming, of the “Purple Theory Podcast,” which takes an advanced-stats approach to TCU Football and the Big 12 at large. 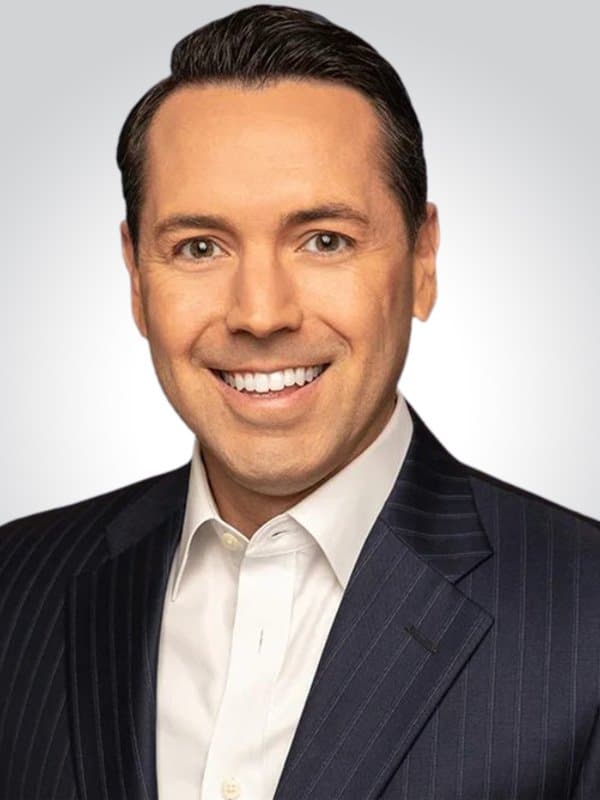 Kris Gutierrez is an award-winning journalist who leads the Roxo Media House team as executive producer, content creator, and works one-on-one with our corporate clients to build videos to promote their businesses. Mr. Gutierrez joined Roxo in July 2022 after a nearly 25 year career in television news at both the local and national level. He’s the only news anchor in Texas to be nominated for a coveted Emmy Award as best news anchor seven times in a row, a prestigious honor he won six times. His creative storytelling has also been recognized with multiple Emmy, Edward R. Murrow and Associated Press awards.

Kris left his position as lead anchor at KPRC-TV, NBC in Houston, to join Roxo.  He’s also held high profile anchor positions at KXAS-TV NBC in Dallas-Ft. Worth, and WBBM-TV CBS Chicago. He spent five years as a national correspondent for FOX News Channel based in the network’s Dallas bureau. He was the sole reporter responsible for all editorial content in a four-state region that included Texas, Oklahoma, Arkansas, and Louisiana. He’s held reporter/anchor positions in Austin and Sherman, Texas as well.

Kris earned a BS in Broadcast Journalism at Texas Christian University and played Division One collegiate soccer for the Horned Frogs. He’s still very active in the TCU community, sitting on the Board of Volunteers at the Bob Schieffer College of Communication and co-hosting the Frogs Today program “Kickin’ It with Kris and EB,” the official coaches show with TCU soccer coach Eric Bell.

Known by colleagues for wearing boots with his suits, you will often find Kris, his wife, and their two children volunteering at local events and supporting all of the TCU athletic programs, the Dallas Cowboys, Dallas Mavericks, Texas Rangers, FC Dallas, and Dallas Stars. 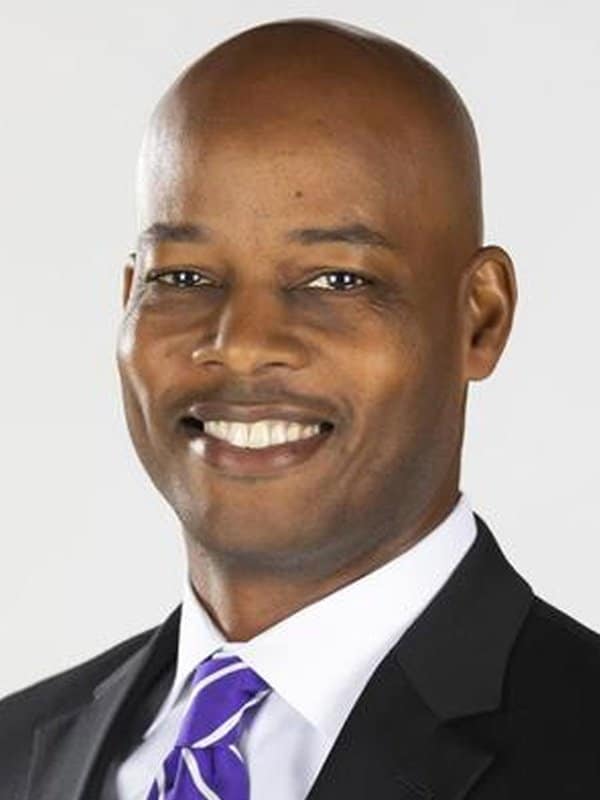 Stay up to date on all things Horned Frogs athletics with our FREE weekly newsletter.