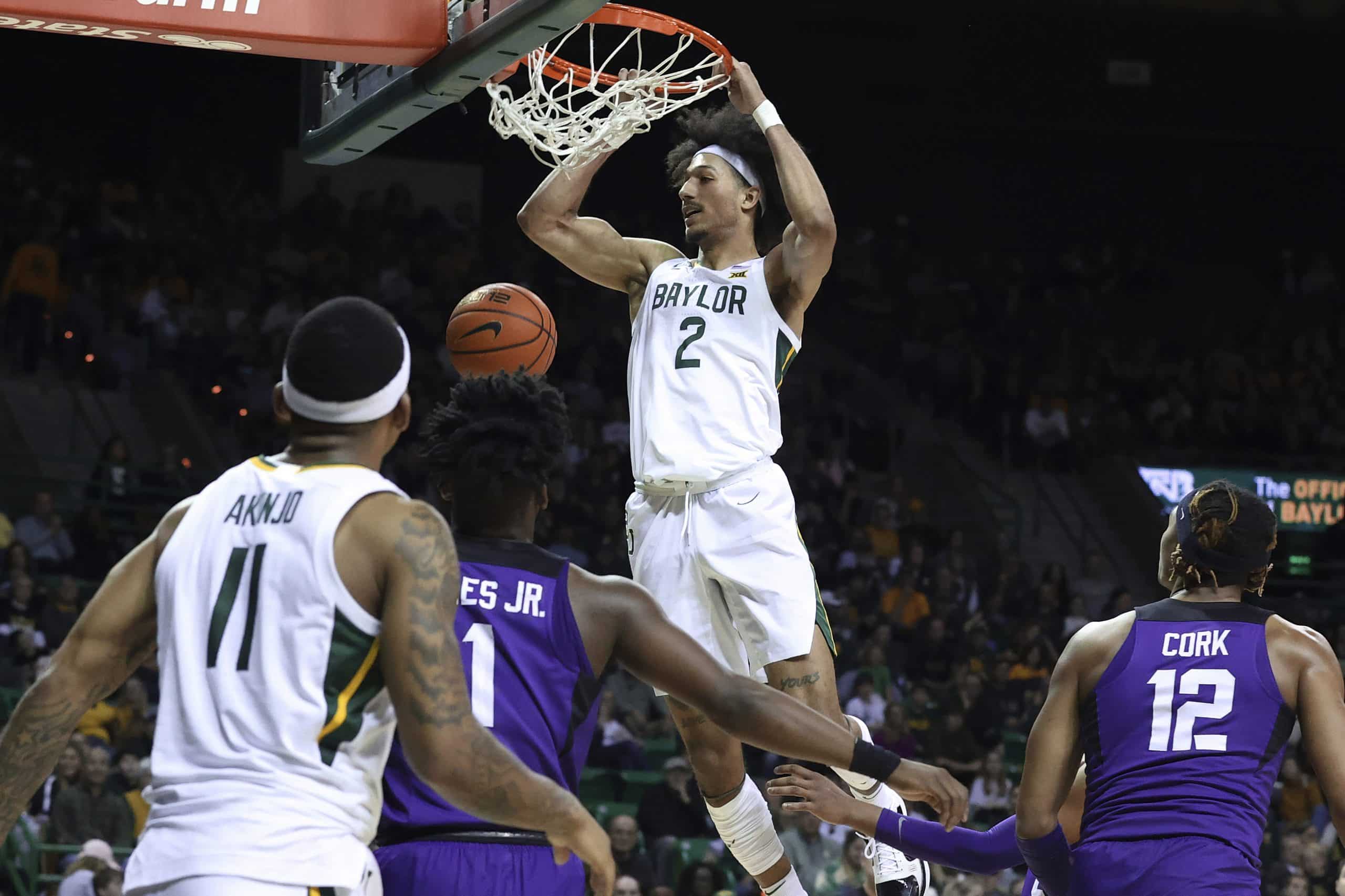 After a third straight loss, Jamie Dixon takes it upon himself to fix the Frogs

Home » After a third straight loss, Jamie Dixon takes it upon himself to fix the Frogs

FORT WORTH — Defense and rebounding, coach Jamie Dixon says whenever given the chance, is how the TCU men’s basketball team is going to win games.

He has said it since before the season started and is still saying it as the Horned Frogs go through their most trying stretch of the season.

But the Frogs still have to score, and they haven’t been remotely good enough the past three games, all losses.

The third loss came Saturday at Baylor, 72-62. The defense was again victimized by too many layups, and TCU’s guards again couldn’t generate enough offense.

The only finger Dixon was pointing afterward was at himself. If TCU (16-8, 5-7 Big 12) is going to shake its season-long three-game skid and put itself back in consideration for an NCAA Tournament berth, Dixon is going to have to figure out how.

“I thought we’d be better, and we’re not,” Dixon said on his postgame radio show. “And we’ve got to recognize that, and we’ve got to do something about it.”

That’s not to say Dixon hasn’t been trying to solve the Frogs’ woes. TCU attempted in practices to simulate the kind of pressure Baylor’s guards exerted on the Frogs, but to no avail. Whatever adjustments they have tried to make to fill the lanes opposing cutters are finding haven’t translated to games.

The Frogs haven’t been at full strength in practices, making it harder to prepare, but Dixon isn’t making excuses.

“It’s not a great way of preparing to play, and that’s something that’s been going on here that I’ve got to fix,” Dixon said.

Micah Peavy scored a career-high 16 points against Baylor, which led by as many as 21 points despite playing without multiple key contributors. Emanuel Miller also scored 16, and Mike Miles Jr. added 13.

But two of the Frogs’ best outside threats, Chuck O’Bannon Jr. and Francisco Farabello, squeezed off (and missed) only one 3-point try apiece. Miles was 1 or 6 on 3s.

TCU scored only 51 points Tuesday in a home loss to last-place Iowa State. The Frogs scored only 23 points Saturday in the first half.

TCU never led in the game.

“We’re not executing enough offensively, but our defense is really a concern because they’re getting way too many layups,” Dixon said.

The Frogs are in the midst of three games in five days. They play host to West Virginia on Monday, a game they must win ahead of a road game Wednesday at Texas and a home game Saturday against Texas Tech. Then comes back-to-back games against Kansas before the Big 12 finale March 5 at West Virginia.

How the Frogs perform is up to the coach, the coach said.

“I’ve got to do a better job getting us ready,” Dixon said.