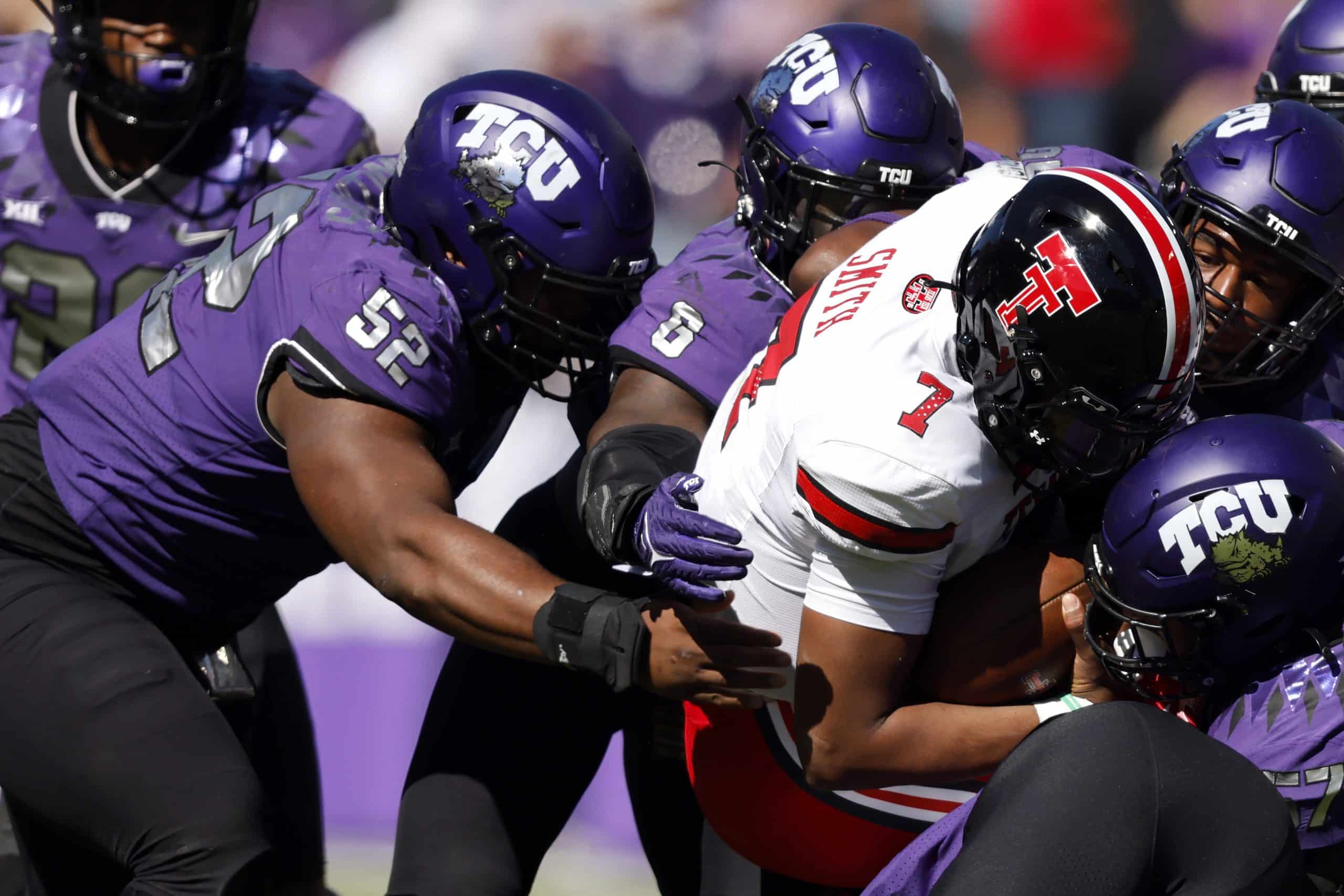 By Drew DavisonNovember 5, 2022No Comments

One of the biggest plays of the game was TCU stuffing Texas Tech quarterback Donovan Smith on a fourth-quarter fourth-down play (The Associated Press/Ron Jenkins).

FORT WORTH — The College Football Playoff selection committee sent a message to TCU earlier this week. The Horned Frogs said they didn’t receive it. Or at least pretended they didn’t.

Coach Sonny Dykes swore the program hasn’t talked about the initial CFP rankings, in which TCU checked in at No. 7.

Dykes has only talked about not talking about it approximately 20 times this week. His players echoed similar messages.