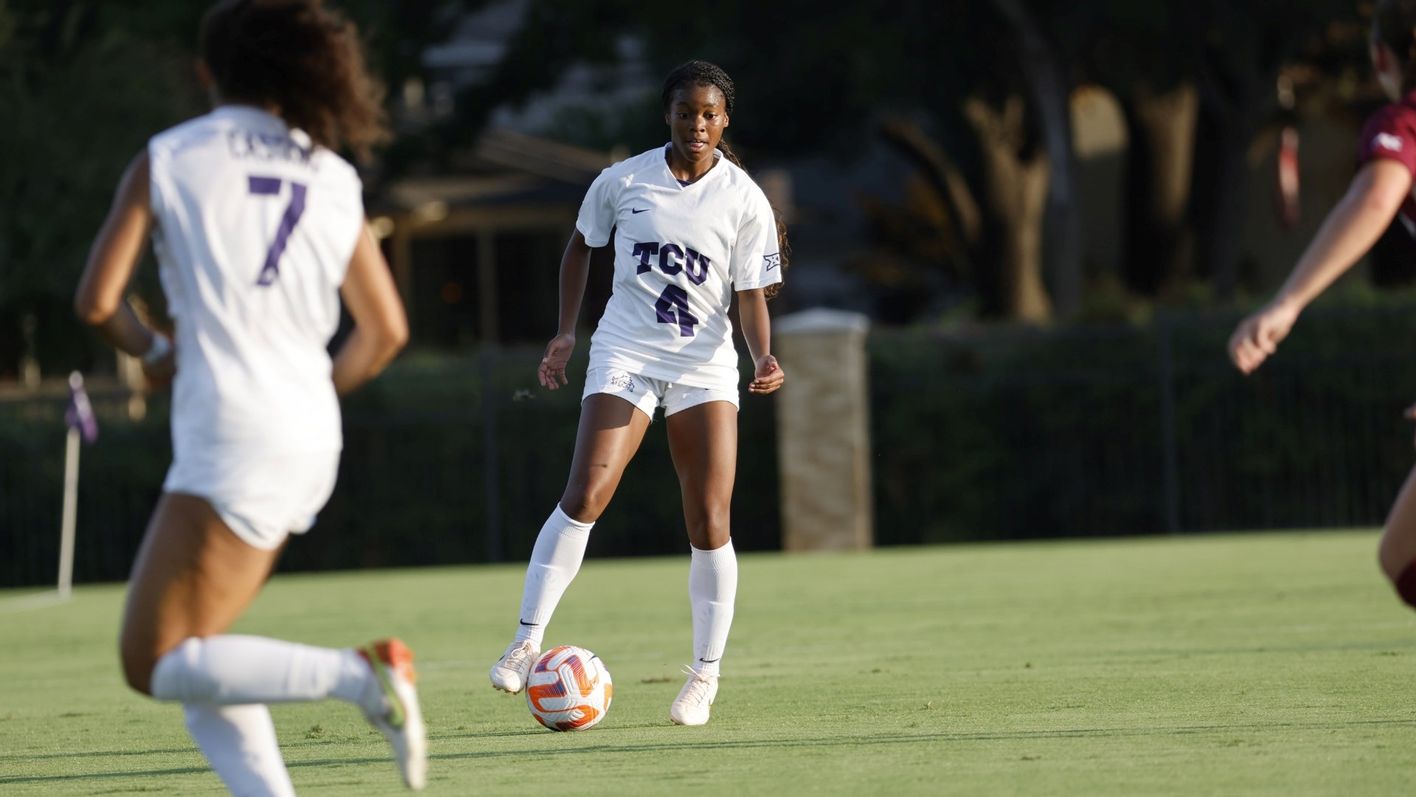 By Ray CartwrightSeptember 30, 2022No Comments

It was deja vu for the TCU women as they traveled back to the state of Kansas for a second consecutive game and saw them come out once again with a 1-0 victory courtesy of senior Chaylyn Hubbard scoring the first goal of her career.

Hubbard, a defender, finally found the back of the net in her 94th career game with the Horned Frogs.

“I’m super happy for her,” coach Eric Bell said. “We’ve been talking about this for years. She’s been a big part of what we’ve been able to do as a program. For it to be her first goal and for it to be the game-winner, I couldn’t be happier for her because she definitely deserves it.”

This was probably one of the more dominating 1-0 games you’ll see played this season, as the Frogs improved their record to 7-2-3 on year and 2-0-1 in conference play. They set a blistering pace to the match early on. To the Wildcats’ credit, for most of the contest they bent but didn’t break.

The ninth-ranked Frogs outshot the Wildcats 11-6 in the first half.

“I thought we played really well from an attacking perspective and a defending perspective,” Bell said. “We controlled the game with our tempo of possession. The second half we were even more dangerous. They’re doing everything we’re asking them to do, and we are happy to win a game on the road in conference.”

Messiah Bright and Oli Pena had quality shots on goal in the 33rd minute, first by Bright and then by Pena on the rebound, but both were denied.

As the first half was winding down, Hubbard kicked a cross in that found Seven Castain. Castain was simultaneously met by a sliding Wildcats defender who actually kicked the ball back to Hubbard. She buried it for her first career goal, in the 43rd minute.

The Horned Frogs came out in the second half still setting that blistering pace, tiring out the Wildcats in the process. That allowed TCU to have multiple chances on net. But the Frogs couldn’t extend the lead, a trend that has been developing. The Frogs have quality shots on net, but they either find a post, are just wide of net, or the goalkeeper makes an tough save on the ball.

It’s something keep on eye on as the Horned Frogs progress through conference play.

TCU keeper Lauren Kellett continued her stellar play, recording her fifth shutout of the season. She recorded four saves in the game with the biggest save coming in the second minute of play when the Wildcats fired a shot on net and a jumping Kellett was able to deflect the ball using her fingertips.

The defense, which has been a point of emphasis for Bell has, has come up big for the Frogs and helped Kellett greatly in their consecutive shutouts.

“I think tactically we’ve tried to shore some things up with our shape and how we want to defend,” Bell said. “The players have embraced that and they’ve done a really good job.”

The Frogs get a couple of days off now as they prepare to play host to West Virginia at home next Thursday with a six-game unbeaten streak on the line.