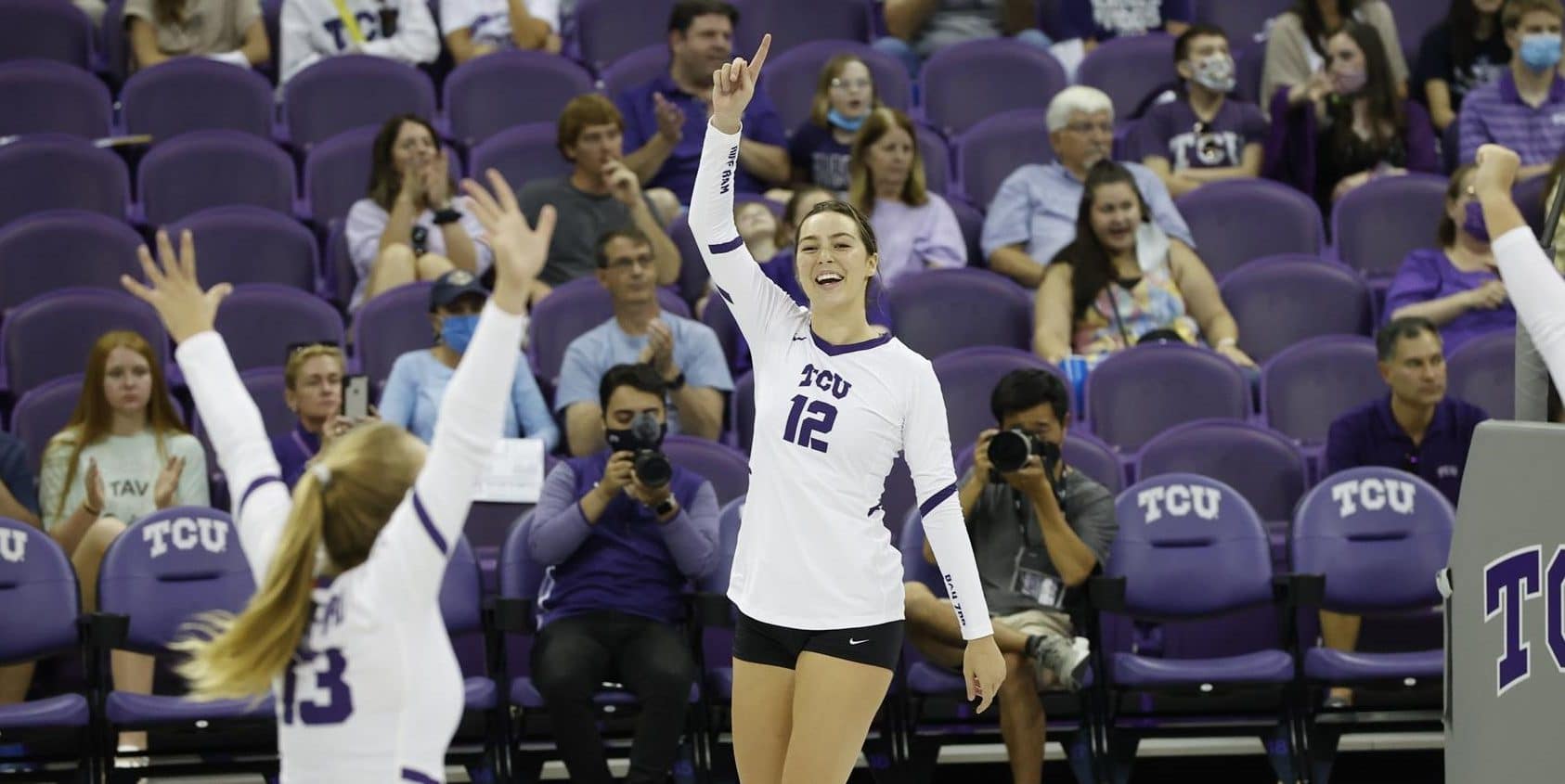 By Jamie PlunkettOctober 26, 2022No Comments

Julia Adams celebrates with her teammates during a match (TCU Volleyball). She has surpassed 1,000 career kills.

TCU volleyball is trending up, and might even be ahead of schedule in coach Jason Williams’ first season. The Frogs are moving into the second half of their Big 12 schedule with an above-.500 record for the first time in seven years, and a strong could result in an NCAA Tournament appearance.

One of the big reasons for the Frogs’ success this season is senior outside hitter Julia Adams, who is putting together a career year and seems invigorated by the new energy injected into the program by Williams and his staff.

Recently, Adams became the 12th player in TCU history to eclipse 1,000 kills, and both she and Williams spoke to Frogs Today about the accomplishment.