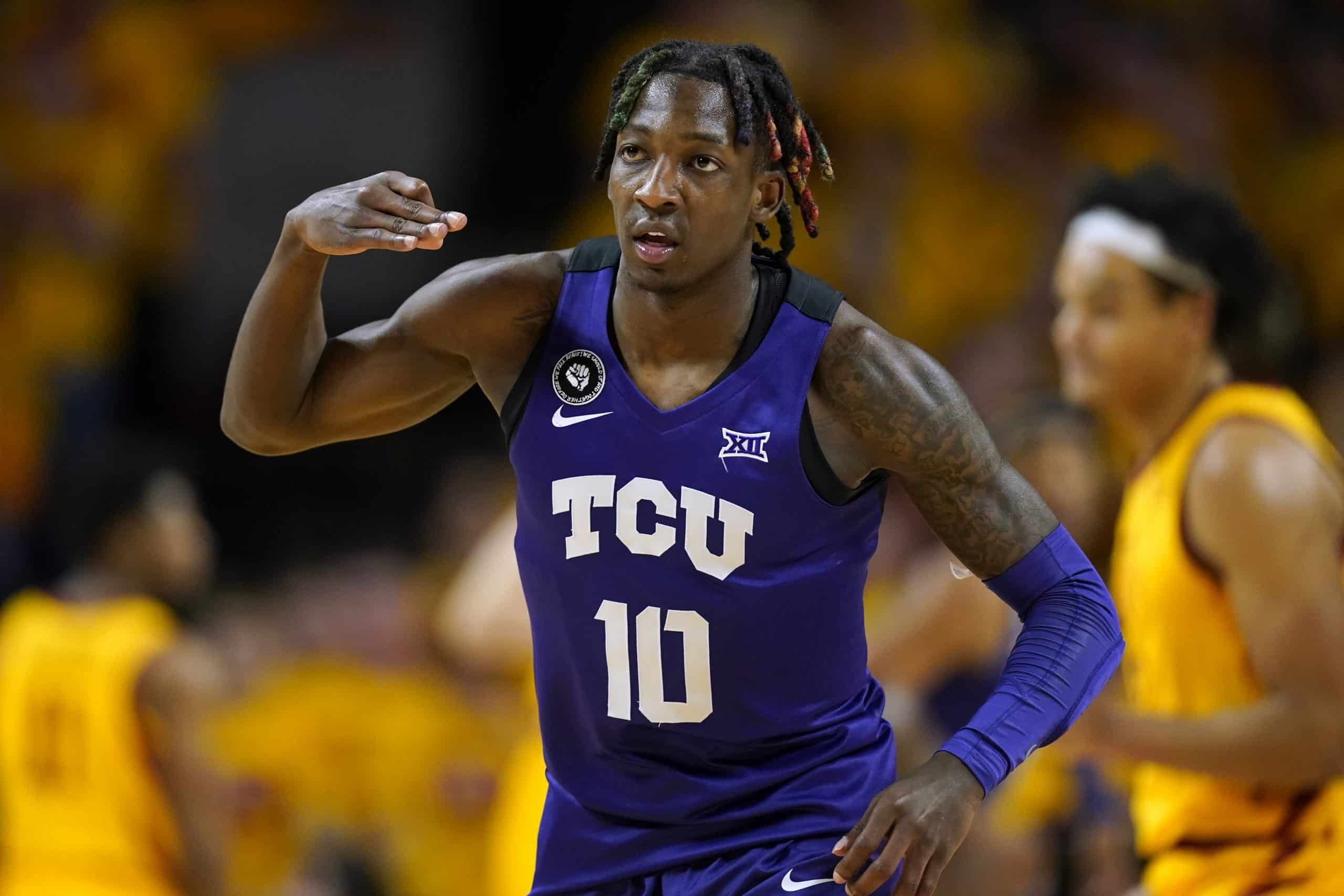 By Jamie PlunkettMay 29, 2022No Comments 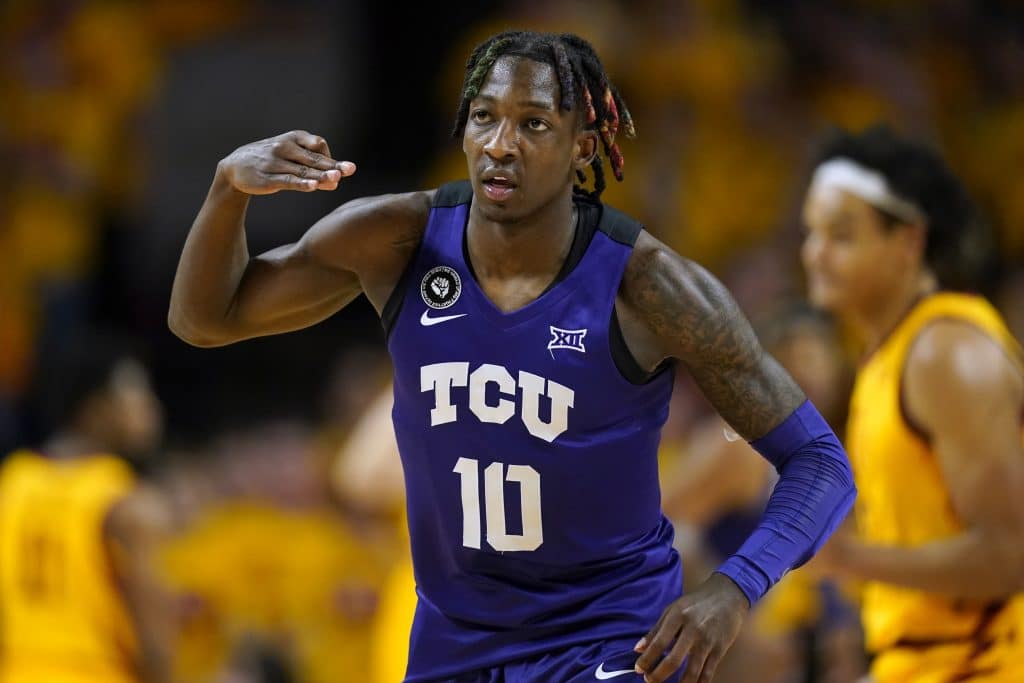 Damion Baugh celebrates after 3-pointer en routed to a career-high 23 points at No. 15 Iowa State (The Associated Press/Charlie Neibergall).

TCU guard Damion Baugh announced via Twitter on Sunday morning that he will be removing his name from the 2022 NBA Draft and returning to school.

With Baugh’s return, TCU has all five starters returning from their NCAA Tournament team a season ago that took top-seeded Arizona to overtime in the second round.

Baugh was TCU’s second-leading scorer last season, averaging 10.6 points per game and serving in a primary ball-handler role with Mike Miles Jr. off the court. His return, along with the addition of Oklahoma State’s Rondel Walker, makes the Frogs a legitimate contender for the Big 12 title, and for another, deeper run in the NCAA Tournament.

In one season, Baugh helped shift TCU’s identity as a basketball team to one that plays relentless, hard-nosed defense. In fact, Baugh had more steals (41) than fouls committed (39) in the 21-22 season, an incredible feat considering Baugh averaged 31.2 minutes per game.

They hype around TCU basketball is growing quickly, and Baugh’s return should only compound it.

Jon Rothstein has TCU as a top-10 team heading into the 2022-23 season. ESPN’s Jeff Borzello has TCU checking in at 13 in his way-too-early preseason rankings, while the Frogs sit at 18 in the same poll for Gary Parrish at CBS Sports.