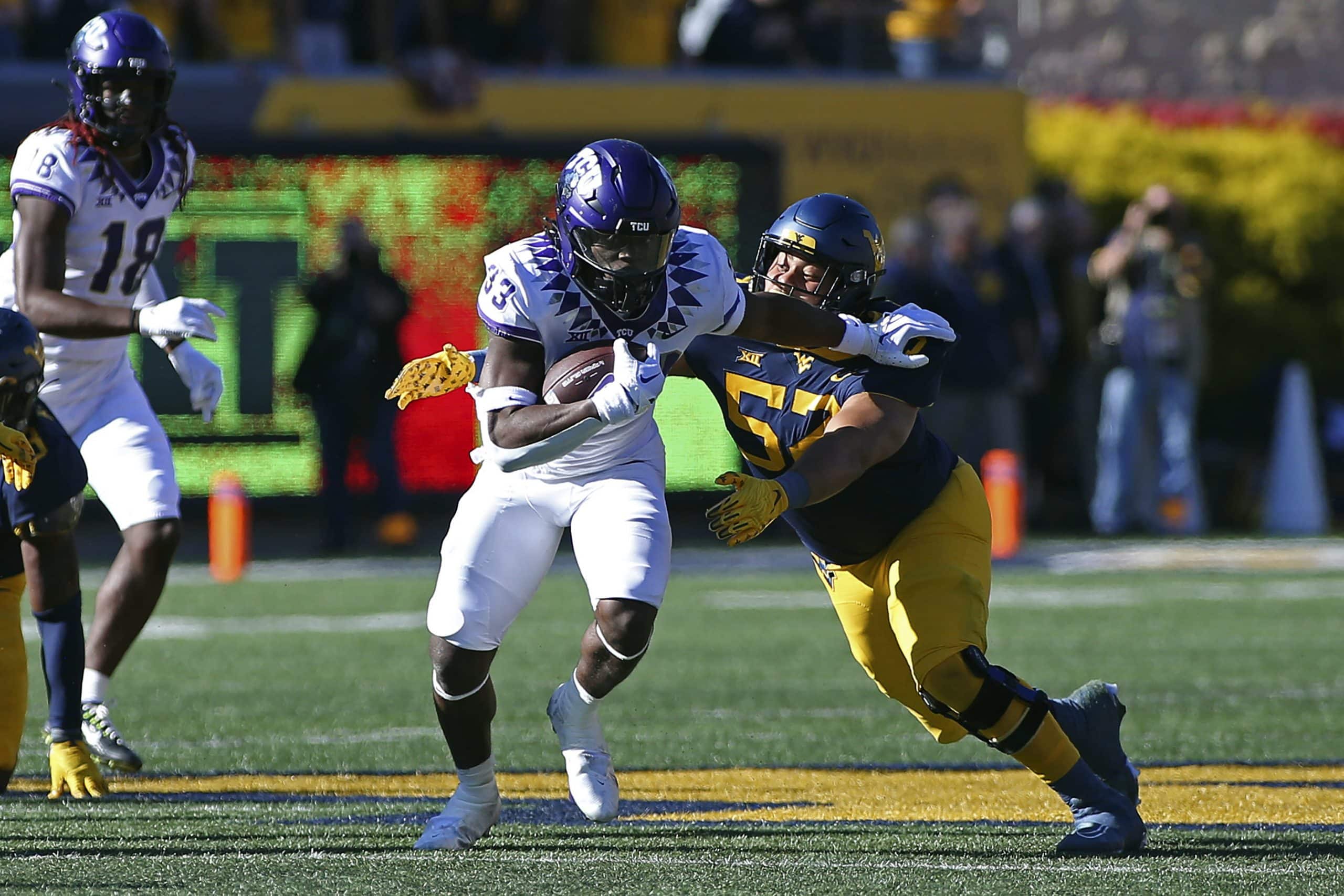 Frogs escape West Virginia at 8-0, but a similar performance won’t get them to 9-0

By Jeff WilsonOctober 29, 2022No Comments

Home » Frogs escape West Virginia at 8-0, but a similar performance won't get them to 9-0

Kendre Miller gained 120 yards on only 10 carries as he dealt with a hand injury, coach Sonny Dykes said (The Associated Press/Kathleen Batten).

Kendre Miller isn’t 100 percent, with a hand injury that made ball security a concern. TCU also wants its best running back to have fresh legs down the stretch.

The Horned Frogs never received a clear explanation about what went down as a muffed punt early in the third quarter. The no-call on kick-catch interference changed the game.

Settling for a field goal after having first-and-goal at the 1 was the result of abysmal execution that nearly resulted in a turnover.

But No. 7 TCU won nonetheless, beating pesky West Virginia 41-31 behind five TD plays of 29 yards or greater and a porous defense that again plugged the holes in the second half.

The final takeaway, though, is that 8-0 TCU has to get a lot better by next Saturday to improve to 9-0.