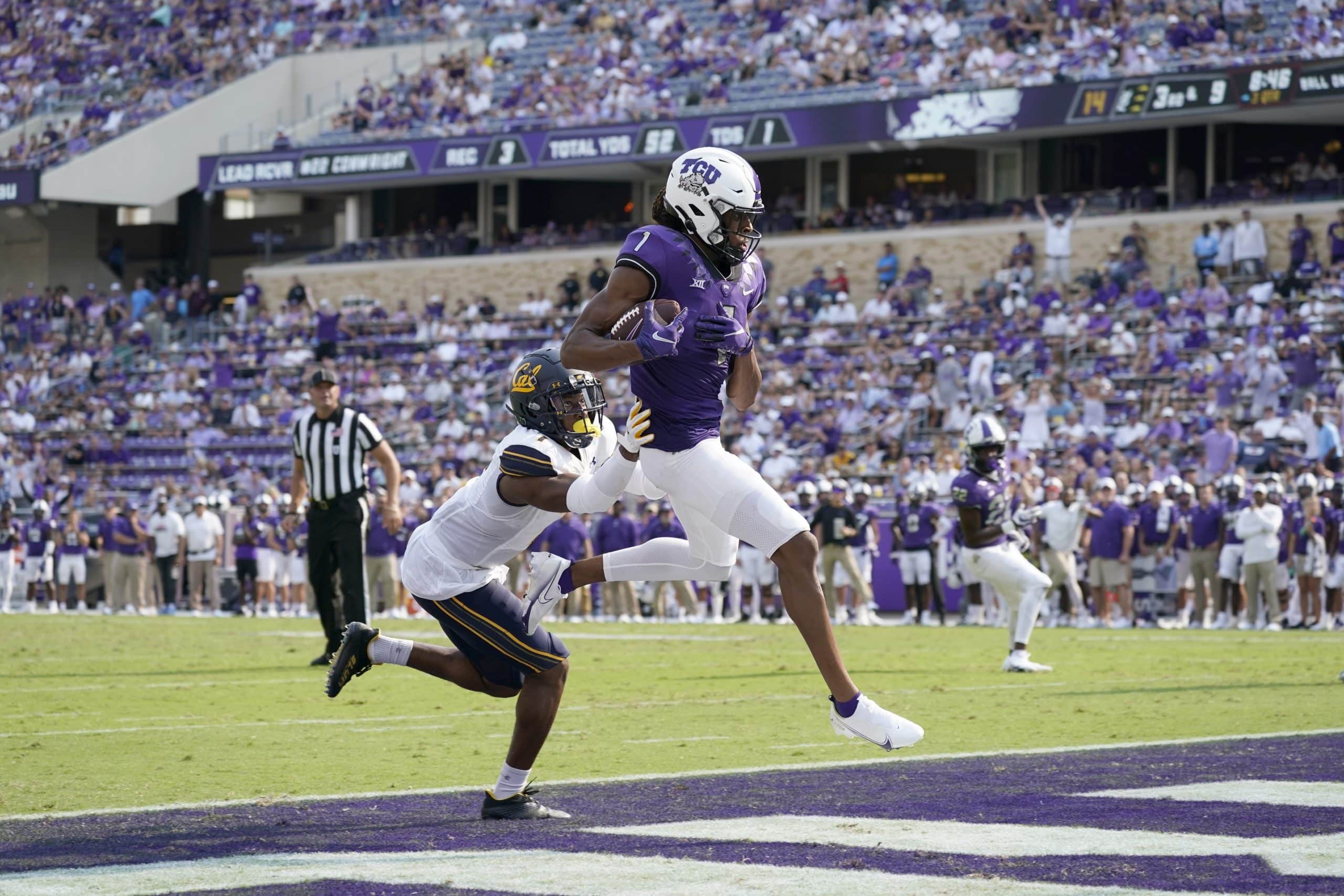 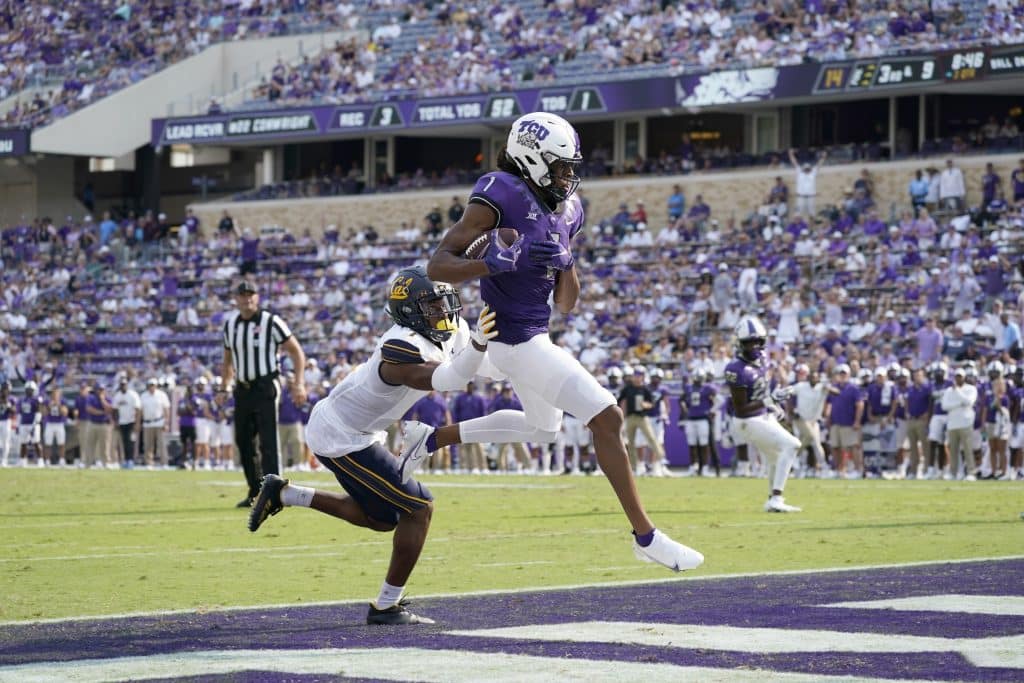 Quentin Johnston played well in the 2021 season opener against Cal. He’ll be targeted often to open 2022 (The Associated Press/Tony Gutierrez).

That was nine months ago.

It’s time for the Dykes era to begin.

TCU is in Boulder, Colo., to face Colorado at 9 tonight. The Frogs went 5-7 last season, had one of their worst defensive seasons under former coach Gary Patterson, and the offense was ravaged by injuries. And, frankly, the Frogs weren’t good enough.

It’s a new day against a new foe. TCU and Colorado have never played, but will play again to open the 2023 season in Fort Worth.

The Frogs Today staff is going to take it a game at a time.

Here are our predictions for the opener of the Dykes era.

Colorado overhauled its roster after last season and hired a new offensive coordinator, so this hasn’t been the easiest game prep for Sonny Dykes and his staff. But the same can be said of the Buffaloes’ prep for TCU, which has a new offense and defense and returns a nice group of starters. The Frogs also added quality players who have won starting jobs and provide quality depth. The offense, which was behind at times early in fall camp, is clicking now. Though the offense doesn’t officially have a quarterback, it does have a talented group of receivers and an improved offensive line. The defense is bigger and stronger than it was last season, and the 3-3-5 could cause problems for the Buffaloes. TCU is going to win. It might not be pretty, but openers often aren’t.

This is the tale of two teams on seemingly similar paths. Colorado, after yet another major overhaul at all levels, is trying to return to its glory days — and convince folks that it’s not actually pining for a return to the Big 12 Conference. TCU endured its first staff overhaul since before many of its current students were born after four years of comparable futility.

For the Frogs, it’s going to be an opportunity to showcase what could (and should) be an exciting offense, loaded at the skill positions and with an offensive line that promises to be, at worst, significantly better than what we saw in 2021. They will also look to prove that a defense that gave up over 200 yards per game on the ground last season can be sufficiently competent despite no longer being coached by Gary Patterson. I expect we see exactly that, as the Buffs manage to put some points on the board — but not as many as TCU.

Sonny Dykes has done everything right in his first offseason as TCU’s head coach, but now the rubber meets the road. His first test, Colorado, is a team that’s down right bad. The Buffaloes have finished in the bottom half of the Pac-12 South all but twice since heading west, while the Frogs are revamping a talented roster with a new, potent offense and a versatile defense. Will there be bumps and bruises? Absolutely. Installing a new system is never easy, but TCU is undeniably more talented than Colorado, and that will bear out Friday night.

For coach Sonny Dykes and his staff, this is the perfect opener for the new staff. Colorado is a Power 5 program, so the Frogs cannot overlook the Buffaloes as if they were kicking the season off against an FCS program. However, there is a lot of change for the Buffaloes and that bodes well for the Frogs. The personnel turnover for Colorado on defense and the new staff on offense really put both teams on equal footing in terms of remaking things and “newness.”

This is where the comparisons end. As many Frogs coaches have commented, they are coaching the most talented team they have been involved with in their careers. While no one knows exactly what they’ll get schematically on either side for Game 1, talent will win out. There may be a few surprises to keep things close early, but I think the Horned Frogs pull away with this one.