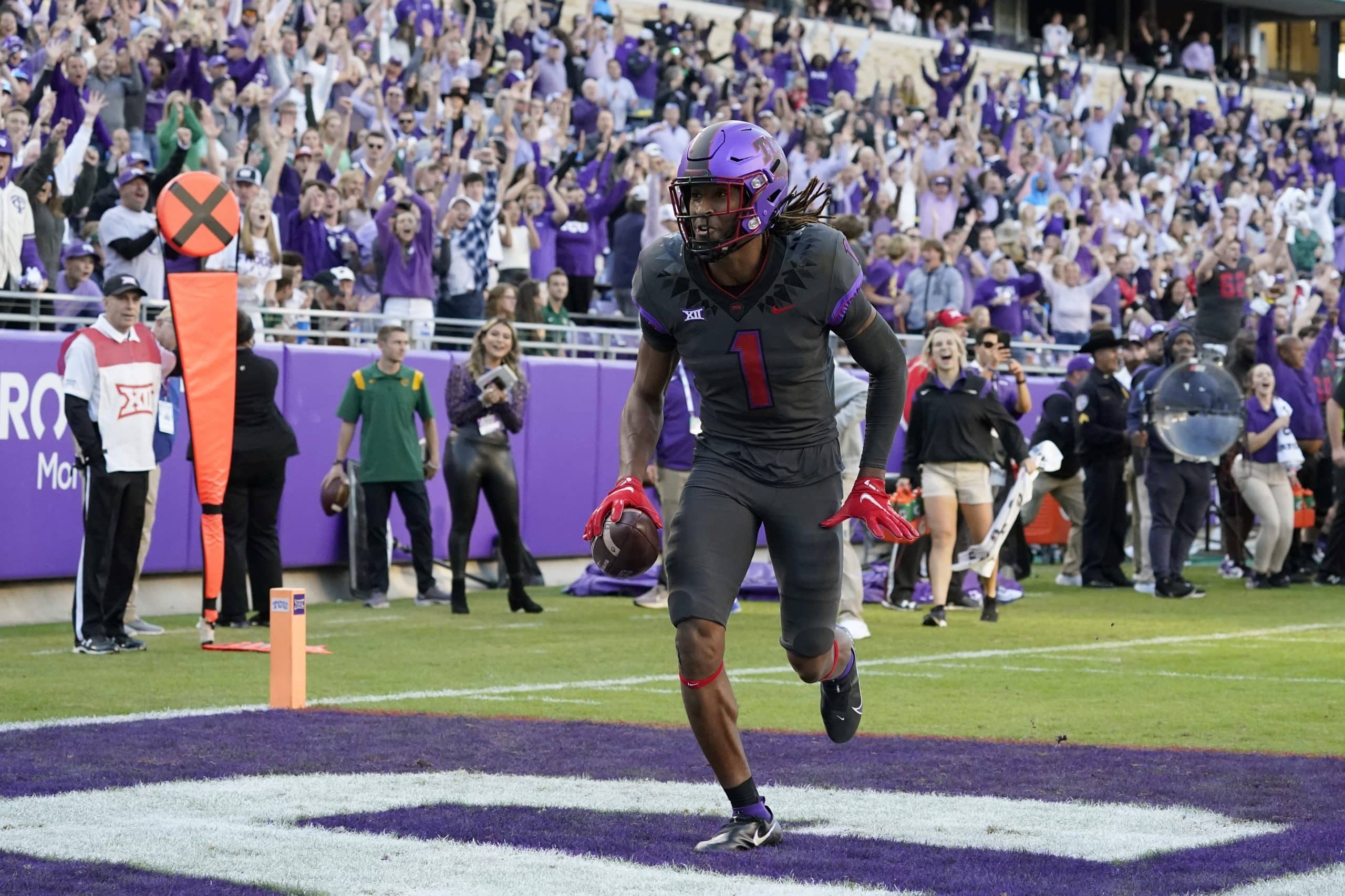 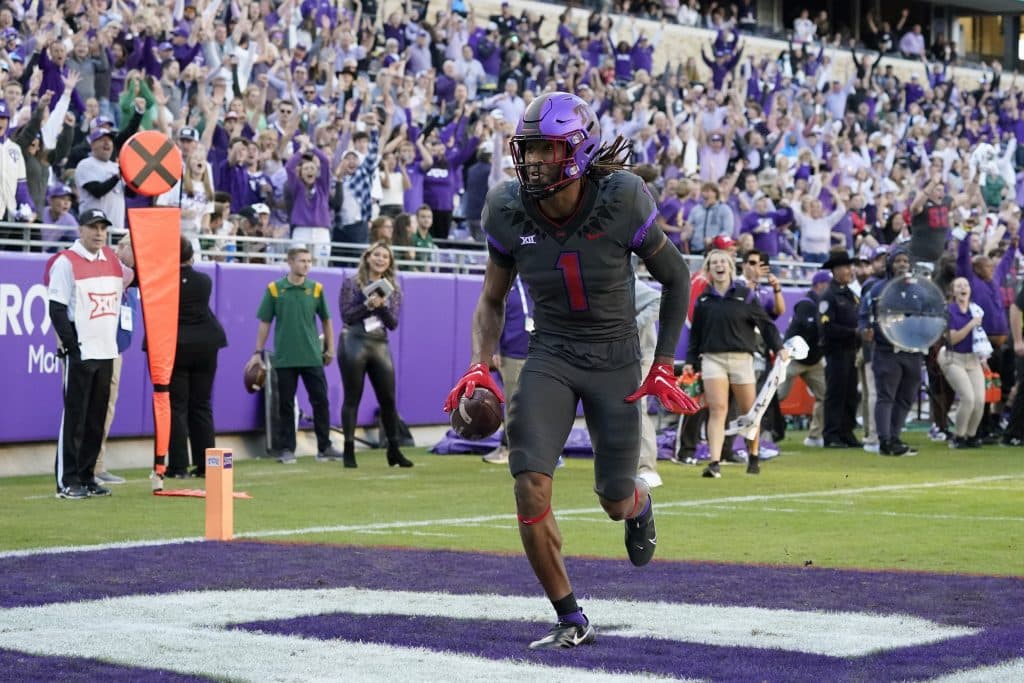 Quentin Johnson is one of four players who will represent TCU this week at Big 12 media days. (The Associated Press/Tony Gutierrez).

FORT WORTH — The quiet of the summer comes to an end this week, though an alarm went off last week with all of that conference realignment talk.

There will be more of that Wednesday and Thursday at the Big 12 Conference football media days, but football will fill up reporters’ notebooks at AT&T Stadium in Arlington.

TCU gets its day in the spotlight Thursday, though that’s also the day Oklahoma and Texas face the media. The Horned Frogs will be represented by center Steve Avila, cornerback Tre’vius Hodges-Tomlinson, wide receiver Quentin Johnson and linebacker Dee Winters.

This isn’t an easy day for the players or coach Sonny Dykes. They will be on the go from 10 a.m. to 4 p.m., talking to reporters, kid reporters, ESPN, Fox, CBS and radio. They do get a lunch break.

Coaches will have to answer questions about the conference shuffle. Players will have to talk about all kinds of things, some of it not related to football.

Everyone will be optimistic, even Kansas. The Jayhawks still get to play Texas for a few more years.

When the meetings are over, the start of fall camp will be less than three weeks away. It will go by quickly.

The 2022 MLB Draft is scheduled for July 17-19 (the Rangers draft third overall), but one player who won’t be available is shortstop Anthony Silva.

Silva has withdrawn from the draft and intends to honor his commitment to TCU, according to Jim Callis at mlb.com. Silva, from San Antonio Clark High School, will be 19 when he hits campus and thus will be eligible for the 2024 draft.

He was considered one of the top prep shortstops in the draft, according to Baseball America. The glove is better than the bat, Baseball America says, but there is some pull-side power from the right-handed hitter. He’s also shown plus speed.

The Frogs need a shortstop, with Tommy Sacco finished and Hunter Teplanszky in the transfer portal, and Silva might be the favorite now that he intends to play for TCU.

Most eyes will be on the Big 12 media days, which Frogs Today is going to blow out with daily shows from AT&T Stadium as well as an insane amount of written copy.

Not all stories will be about TCU, nor should they be. The Frogs don’t take their turn at the podium until Thursday, so Wednesday’s show and copy will be heavy on coaches and players from other schools giving their takes on the new-look Frogs. New Big 12 commissioner Brett Yormark is scheduled to be introduced Wednesday morning.

While you’re here, take a look at the latest episode of the Frogs Today show with Brian Estridge as he and guests dive into potential conference realignment.

Big man on campus: Looking back on my college days, there were a couple classes where I could have used A) a professor like this and B) a throw like the one this dude made.

I could have also used better attendance in those classes.

Anyhoo, if this guy had to buy one drink (if he’s old enough to drink, of course) the rest of the semester, those classmates are a bunch of ungrateful punks.

Dessert, anyone?: The older I’ve gotten, the weaker I’ve become when it comes to resisting dessert. I’ve gone without the past week but will likely cave at Big 12 media days if they lay out trays of cookies. I can’t say no to a good chocolate chip.

And then this darn thing came up in my Instagram feed. I want it and I want it now.

Anyone want to make me up a batch? I’m probably going to need a scoop of vanilla to go with it.

Bad golf shots: I laughed out loud at this one. Enjoy.