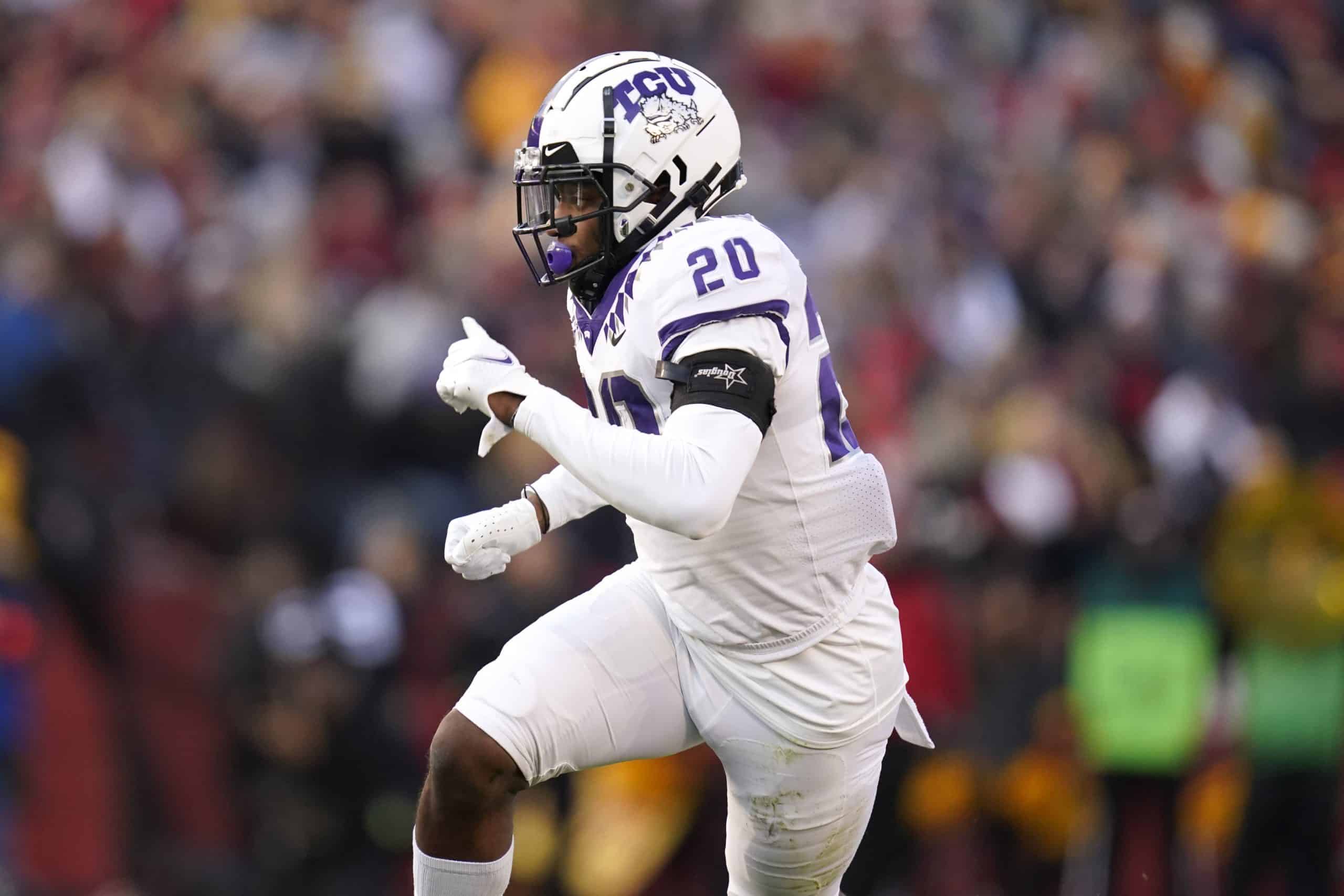 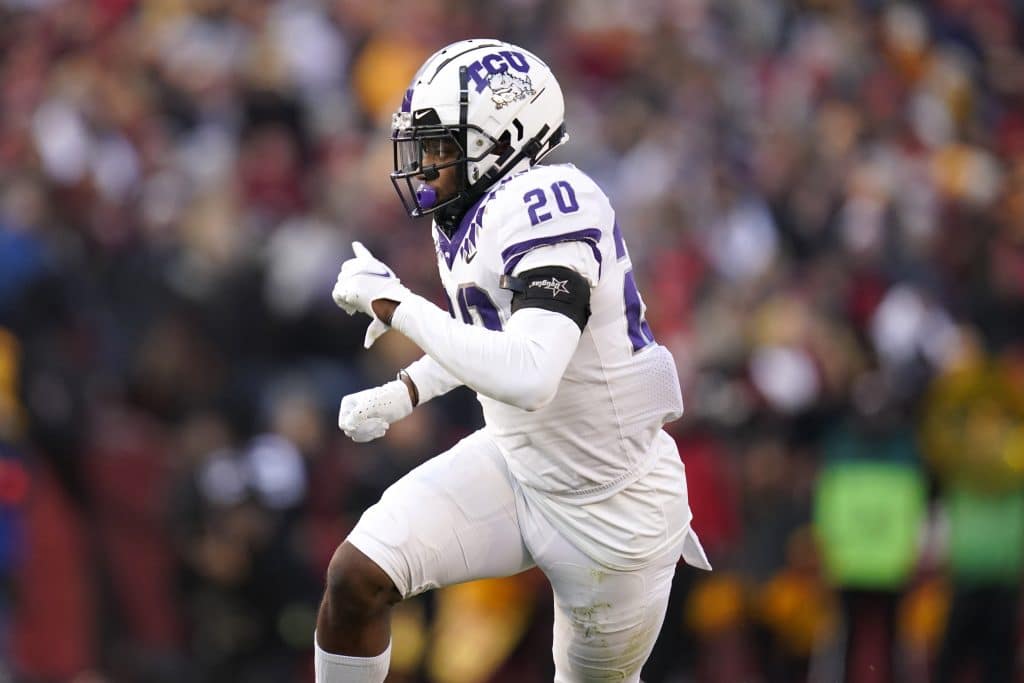 Former TCU defensive back La’Kendrick Van Zandt latched on with the Cowboys after not being selected in the NFL Draft (The Associated Press/Charlie Neibergall).

FORT WORTH — The NFL Draft came and went over the weekend, and Mel Kiper Jr. has been put back in mothballs.

And for the first time since 2008, no player from TCU was selected.

That’s mildly surprising, though the Horned Frogs didn’t have a massive class of draft-eligible players.

There were four, headed by offensive tackle Obinna Eze. If anyone was going to be selected, it was him.

TCU is well represented in the NFL with 24 players spread across the league. The 2020 and 2021 seasons and even the upcoming season are screwy because of the COVID year of eligibility. But not having a player worth drafting? That had to contribute to the Frogs’ lackluster 2021 season.

Texas also failed to have a player drafted for only the second time since 1938. The Big 12 yet again didn’t have a player selected in the first round. SMU had two players picked.

Things should be different next year, when Frogs wide receiver Quentin Johnston could be a first-round pick. Cornerbacks Tre’Vius Hodges-Tomlinson and Noah Daniels could emerge as early-round picks with a good season in the new 3-3-5 defense.

Somewhere along the line, a recruiting class didn’t develop or players who transferred away weren’t replaced by players with comparable skills. While the cupboard might not be bare, the Frogs definitely could use more top-level talent.

Coach Sonny Dykes suggested after the spring game that this could be a busy time for TCU on the recruiting front as players enter the transfer portal, though not necessarily at quarterback. The Frogs landed defensive lineman Tymon Mitchell, transfer from Georgia, and will keep pursuing quality players.

He is the 12th newcomer via the portal.

The beach volleyball team fell to Florida State in the finals of the Coastal Collegiate Sports Association tournament, but the Frogs still earned the No. 2 seed this week in the 16-team NCAA championships.

TCU, which beat Florida State in the conference semifinals, will play its opening match at 1 p.m. Wednesday against No. 15 seed Texas A&M-Corpus Christi. Should the Frogs (38-3) advance all the way to the final match, they would play Sunday.

The duos of Daniela Alvarez/Tania Moreno and Sutton MacTavish/Kaylie McHugh were selected to the all-tournament team. Alvarez and Moreno were already selected as first-team All-Americans, and McHugh was a second-team pick.

The men’s tennis team, which has been ranked No. 1 much of the outdoor season, will learn Monday night where it will be ranked for the NCAA tournament (May 19-28, Champaign, Ill.). TCU won the indoor national title in February.

It’s another quiet week for TCU sports events, but one that could end with a national title.

Wash hits 70: The first manager I dealt with while covering the Texas Rangers was Ron Washington. I started in 2008, the year after he was hired, and was with him until the end in 2014. He was a friend then, and he remains a friend eight years later.

On Friday, Wash turned 70, and I’m pretty sure he didn’t want anyone to know. Good luck with that. He and the Atlanta Braves were at Globe Life Field over the weekend, and the Rangers recognized his birthday Friday night with a short video.

He consistently received loud applause every time his name was announced.

Washington also brought the World Series ring from last season to show whoever wanted to see it. He deserves it.

Bad golf shots: It’s not just that the headphones and backwards visor are inexcusable, the club face is wide open at impact. He deserved it. Enjoy.

Not what you want to see on the first hole
(Via @kyle_carbone) pic.twitter.com/GJZvmOZdKK