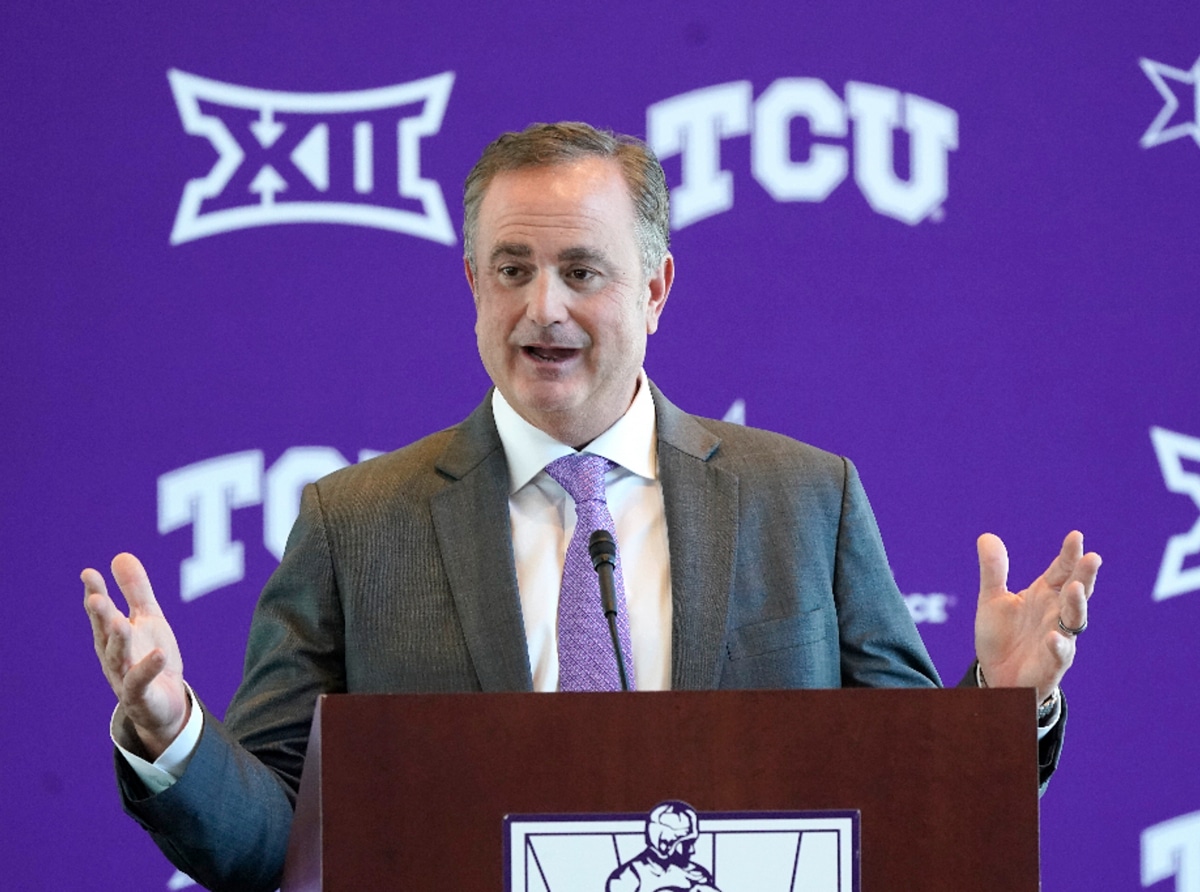 Frogs Today weekly newsletter: TCU lands running back to start what could be busy spring in portal

Home » Frogs Today weekly newsletter: TCU lands running back to start what could be busy spring in portal

TCU coach Sonny Dykes has said that TCU will look to the transfer portal after spring practices for help. The Frogs already have (The Associated Press/LM Otero).

Corey Wren is a speedy running back who was stuck on mostly special-teams duty at Florida State, not his perfect idea of where his college football career would be after two seasons.

He has some familiarity with TCU from the Horned Frogs’ attempts at wooing him a few years ago from New Orleans.

The Frogs learned last season that a team can never have enough running backs, and their numbers are already being crunched this offseason.

Wren has transferred to TCU and will be available for fall practices.

It was a perfect match, and what is likely the first of many to come after spring practices end and Sonny Dykes and his coaching staff have a better handle on where upgrades are needed.

Linebacker and both lines could see some additions. Dykes has said that a team can never have enough defensive backs.

Would it surprise anyone if TCU pursued a quarterback? Well, don’t be surprised if it happens.

That’s the new college football. If a player doesn’t like his current situation or a coaching staff doesn’t like how a position is looking, immediate help is just a phone call away.

No one here is pointing any fingers at Wren or at Dykes. They are simply doing what they believe is best for them.

Should Wren have stuck it out at Florida State? No.

Should TCU have to play short at running back in 2022? No.

Is the transfer portal some horrible evil? Maybe.

But it’s the policy and no one should be surprised by anything that happens.

Mike Miles Jr.’s right foot has gone from mashing the gas pedal to tapping the brakes, and whoever got in his ear about diving head-first into the NBA Draft should be commended.

That person could be the Frogs’ MVP next season.

Miles, their MVP the past two seasons, has decided to just test the draft waters. If he finds them too chilly, he will be able to  return TCU and play for the Frogs in the 2022-23 college season.

Miles is a very good player. He should be in the NBA at some point. A team could definitely find a way to use his mid-range jumper and ability to get to the rim.

There are 30 NBA teams, and two rounds in the draft. That’s 60 spots normally, but there are only 58 spots this year.

But Miles isn’t the only college player interested in the draft who has those skills. Don’t forget about draft-eligible G League and international players.

There are way more than 58 quality players in the draft pool.

The baseball team has four games in the Metroplex, including a Tuesday game at Dallas Baptist. It’s nice little ballpark, and a good team is always housed there. Stop by. If you get the itch, the nationally ranked women’s golf team is playing in Fort Worth in a tournament hosted by North Texas.

Women’s golf: at The Bruzzy, Monday-Tuesday, Waterchase GC, Fort Worth

Good times at Frogs Today: The best thing about working at Frogs Today is the energy created by great people who don’t take themselves too seriously. To that end, check out how Brian Estridge arrives each day he records his Frogs Today Show (watch Episode 4, with LaDainian Tomlinson, here).

Not OK, Blue Jays: For anyone who has been to a Toronto Blue Jays home game, you know what’s coming. They do things a little differently at Rogers Centre for the seventh-inning stretch.

Oh, they still do Take Me Out to the Ballgame, but only after OK, Blue Jays. There’s even a dance. Prepare for your minds to be blown.

Bad golf shots: This space is normally received for the weekend hacker, and my game certainly isn’t in the kind of shape where I can poke fun at one of the world’s best golfers who just finished T-3 in the Masters.

And it’s not like the par-3 12th at Augusta National is a piece of cake. Tiger Woods took a damn 10 there a few years back.

Cameron Smith made a triple-bogey 6 there Sunday after making one of only two birdies at the hardest hole on the course, No. 11, to draw within three shots of eventual winner Scottie Scheffler of Dallas.

Smith’s reaction to his errant 9-iron, which found Rae’s Creek short and right of the hole, was just classic. He knew it as soon as he hit it, and didn’t even watch it go in the drink.

Don’t be surprised if Smith wins a major this year. Me? I’d just like to walk Augusta National, let play it.

A massive 211 players backed him on the hole where his #TheMasters dream imploded pic.twitter.com/PFnpoSTS4C