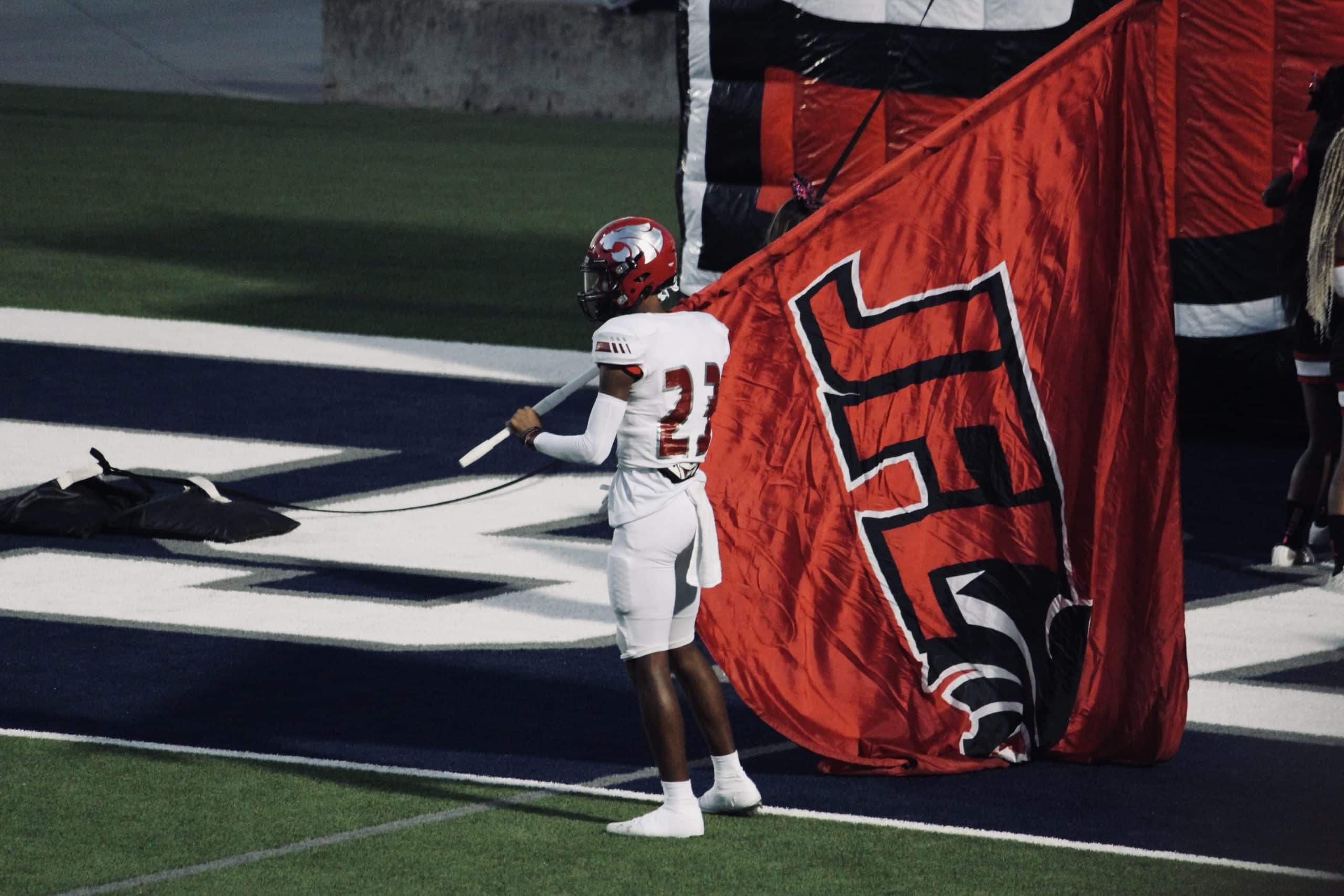 From QB to DB: Latest Frogs commit has waited for this day since childhood

By David BeaudinJune 22, 2022No Comments

Home » From QB to DB: Latest Frogs commit has waited for this day since childhood 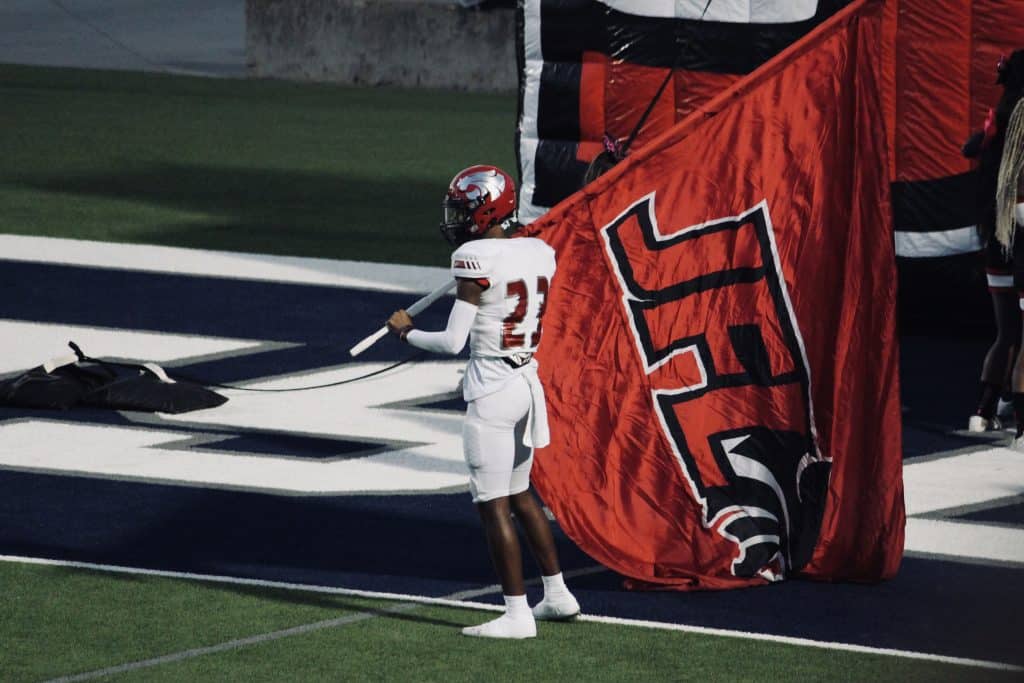 TCU commit Jordan Lester loves running out of the tunnel on Friday nights and has always wanted to run out to Amon G. Carter Stadium (Courtesy of Jordan Lester).

Jordan Lester has wanted to put on a Horned Frogs uniform since his days in fourth grade, when he was taking snaps at quarterback while trying to emulate his favorite player, fellow Mesquite product Trevone Boykin.

The class of 2023 safety will get a chance to do just that in about a year from now, albeit lining up on the other side of the ball. Jordan played quarterback until his freshman year, but the positions is why he idolized Boykin and where his love for TCU began.

“Since fourth grade, TCU has always been my favorite program and loved watching them on TV every week,” Lester said. “Once they offered, I thought, ‘Well … why not commit?’ When I was young, Boykin, also from Mesquite, was going on a run and they were a lot of fun to watch. Plus, I know it’s a great school.”

Lester said that he is in constant contact with Montana Warren, another 2023 safety commit for the Frogs. While both players are talented and skilled, they are unique in terms of what they bring to the field.

As was featured on FrogsToday.com on Warren, he is more of a downhill, run-the-alley type safety, whereas Lester is known to those around the program as someone who is rangy. For each, the coverage that they major in for their respective high schools happen to reflect those styles.

The piece on Warren dives into quarters coverage and how he fits into that coverage well, while Lester is asked to play a lot of Cover 2 in high school, backpedaling and covering a deep half of the field. Much like Warren, Lester will probably be asked by TCU to play one of the outside safety spots in the 3-3-5 defense.

I would expect to see him rotating to the middle of the field a little more to do some things in “center field,” or a deep third of the field in coverage.  This is a more traditional free safety role, protecting against the deep post routes and such, because of his ability to cover so much ground.

While high school coaches were able to prod Lester along to switch to defense as he entered his freshman year, he admits that he too knew that his quarterback days were probably numbered.

“I knew I was not the most accurate passer and this was my opportunity to get on the field and to hit people,” Lester said.

He certainly took advantage of this opportunity and was a monster all over the field for the Mesquite Horn Jaguars. Lester said his favorite thing about football is the build up to the game, the band playing before running out of the tunnel, and you could hear his passion and love for football while describing running onto the field on a Friday night. Much like his soon-to-be teammate Warren, he has a real affection for the entire process and what it takes to prepare to win a football game.

Those around TCU see a young man who has good length, with plenty of room to add bulk at the next level. Lester is seen in football circles as a player who is extremely aggressive, yet has the athleticism to play various coverages.

In addition to the Cover 2 he plays in high school, Lester jumped at the chance to talk about how he loves playing man coverage, has the ability to do so, and that he will get that opportunity with TCU’s attacking style of defense.

On film, Lester demonstrates the ability to high-point the ball and has the ball skills to generate takeaways. He displays elite quickness and agility, really turning it on when changing direction and immediately accelerating. He also shows great awareness in terms of fitting into the entire defensive picture, can adjust on the run, and is a high level open-field tackler.

It is believed that this is a player who will be able to make an immediate impact on special teams for the Frogs.

Clearly there is a lot to love about this player, so I had to ask Lester what he thought he needed to improve?

“I need to work on finishing plays,” he said. “I just don’t want to drop picks and continue to keep making plays on the ball.”

After we talked about this being a learned skill and him having all the other natural tools it takes to be successful, he talked about being intentional in improving this summer.

I am sure it will not be a problem.

While throwing passes in Amon G. Carter Stadium, like Boykin, doesn’t look like it is in his future, intercepting other Big 12 quarterbacks does look like it will be happening relatively soon.

Either way, it is all a dream come true for Jordan Lester.