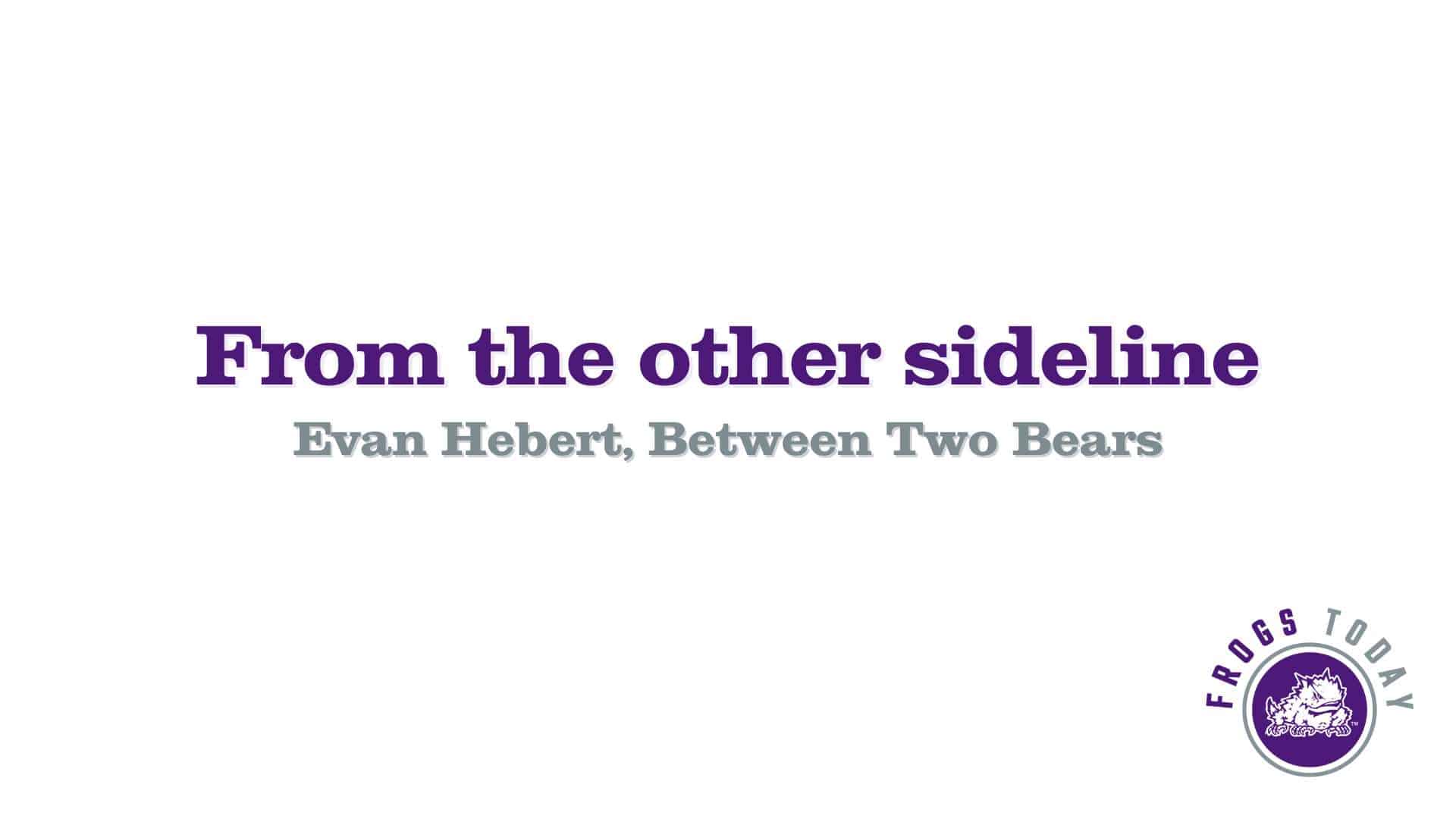 From the other sideline: Evan Hebert, Between Two Bears

By Melissa TriebwasserNovember 17, 2022No Comments

Home » From the other sideline: Evan Hebert, Between Two Bears

TCU and Baylor have often played spoiler for each other. And while it may be cliche to say, the Revivalry is one where you can throw out the record books.

Last season, the Bears rolled into Fort Worth with a top-five ranking and the playoffs within their sites, only to see TCU — just days after firing Gary Patterson — shock the Bears behind Chandler Morris’ star turn. Now, Baylor can repay the favor in Waco and knock 10-0 TCU out of the playoff picture.

And we all remember what happened the first time these two tangled with the final four at stake.

In order to find out if the Frogs can survive a showdown, we reached out to Evan Hebert, host of the Between Two Bears podcast on the Ten12 Network.