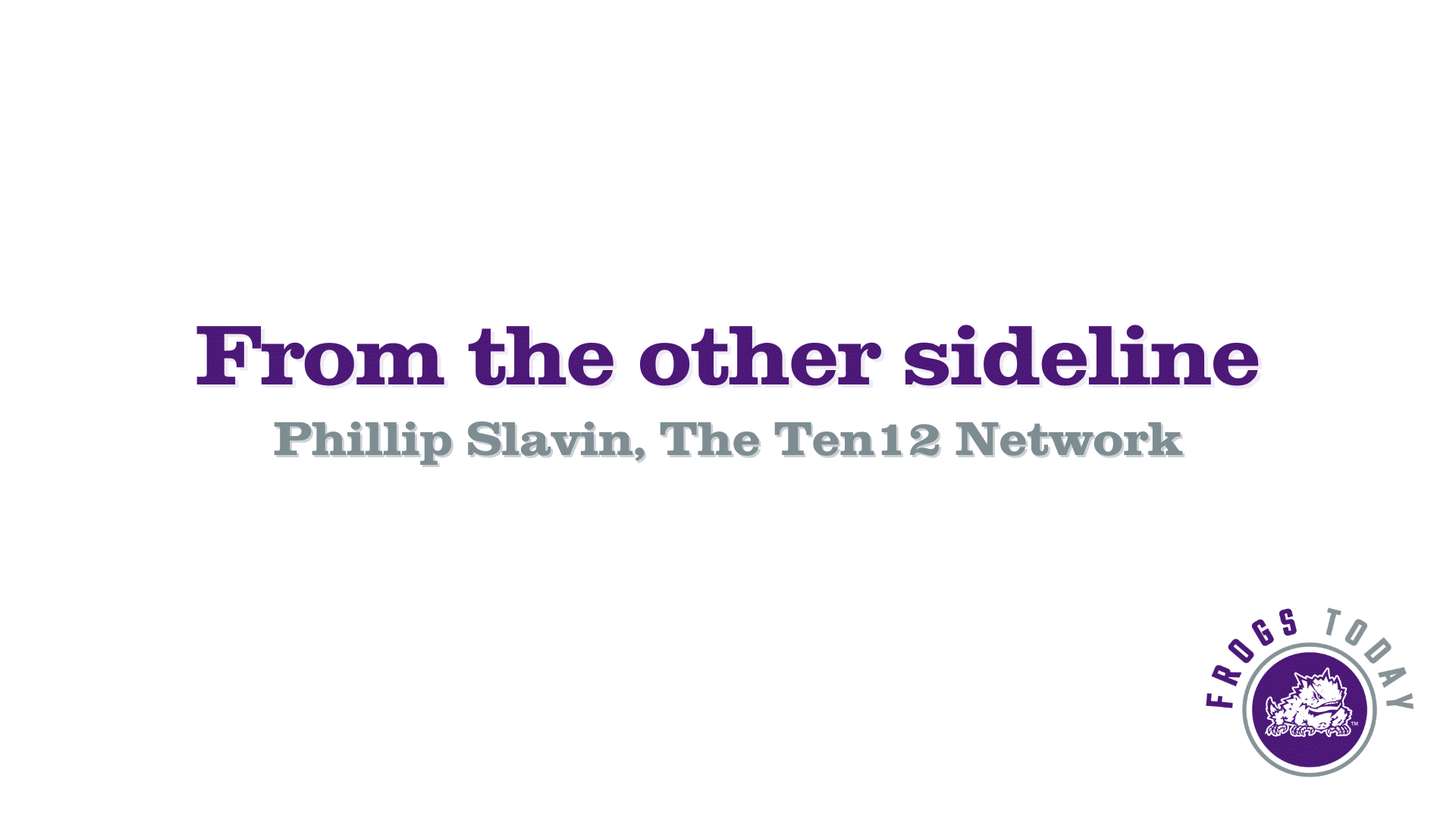 From the other sideline: Phillip Slavin of the Ten12 Network on Oklahoma State

By Melissa TriebwasserOctober 13, 2022No Comments

Home » From the other sideline: Phillip Slavin of the Ten12 Network on Oklahoma State

Fans that make their way to Amon G. Carter Stadium on Saturday will be treated to a top-15 matchup as No. 8 Oklahoma State totes its unblemished record to town for a date with fellow 5-0 team TCU, ranked 13th in the latest Asssociated Press poll.

The two programs are familiar foes, and have had contentious battles across the hardwood and the baseball diamond since the Horned Frogs joined the Big 12 Conference in 2012. The football battles have been electric as well, with the Cowboys holding a 6-4 advantage over the past decade and having most recently blown the Frogs out 63-17 in Stillwater.

But this is a different TCU team, and it’s a different Oklahoma State team, too, despite Mike Gundy’s now unquestioned reign as the conference’s longest-tenured coach.

To find out more about the Cowboys and how they match up with the Horned Frogs, we reached out to Phillip Slavin of the Ten12 Network to check out the other sideline.