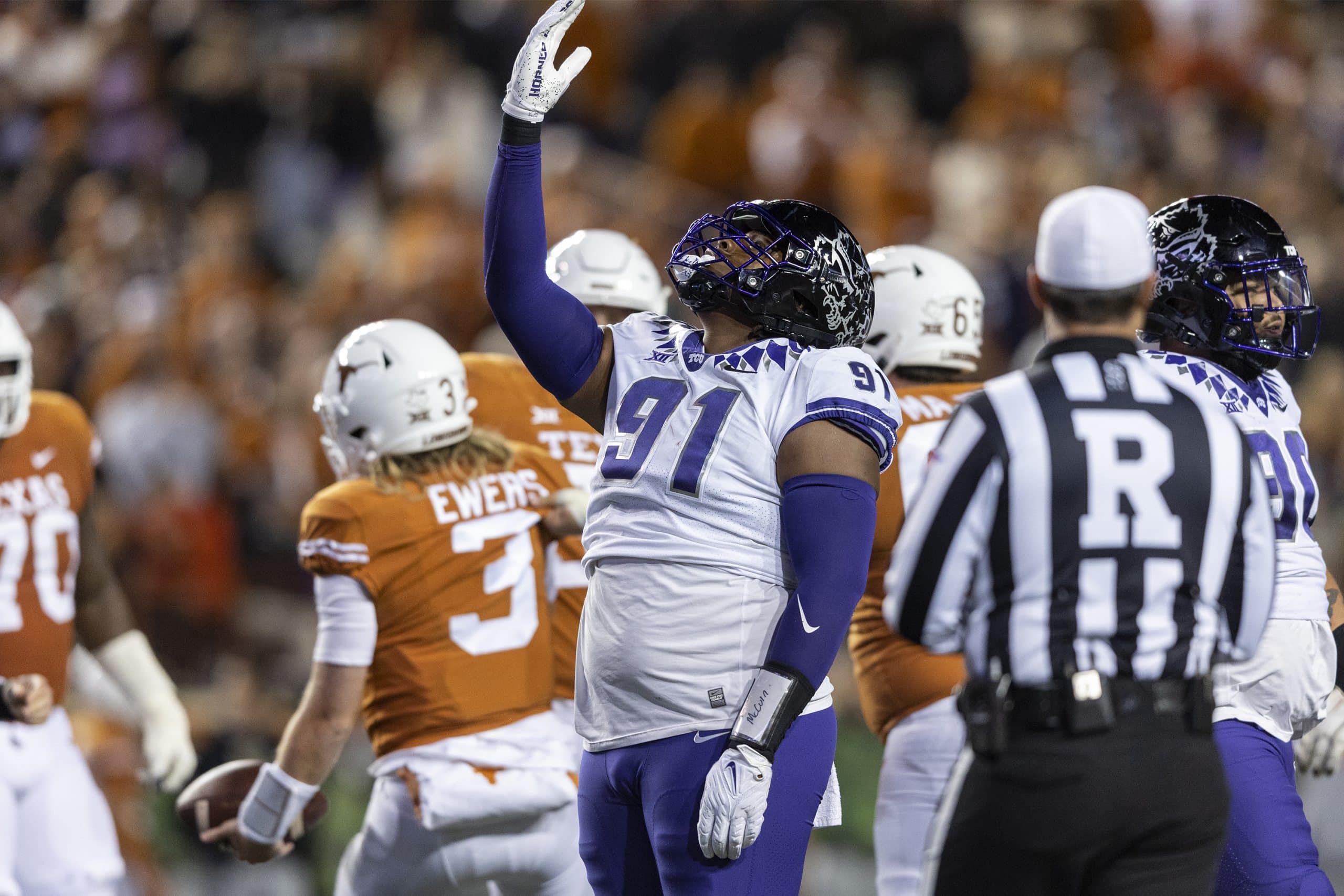 Hindsight is 10-0. Here are things many missed before TCU’s win at Texas

By Jeff WilsonNovember 13, 2022No Comments

Home » Hindsight is 10-0. Here are things many missed before TCU's win at Texas

Tymon Mitchell was in on one of the two TCU sace of Quinn Ewers in the 17-10 victory over the Longhorns (The Associated Press/Stephen Spillman).

Common sense prevailed Saturday night in Austin, but didn’t prevail for most of the week leading up to the TCU-Texas game with Big 12 title implications and, for the Horned Frogs, possible national title implications.

The Frogs were 7-3 against the Longhorns since joining the Big 12. The Frogs were 9-0 despite, in their words and the words of the College Football Playoff selection committee, not yet having played a complete game.

Texas, a simple look at the standings showed, was a three-loss team. The Longhorns have a freshman quarterback.

TCU, the nation’s fourth-ranked team, did what it was supposed to do in disposing of Texas.