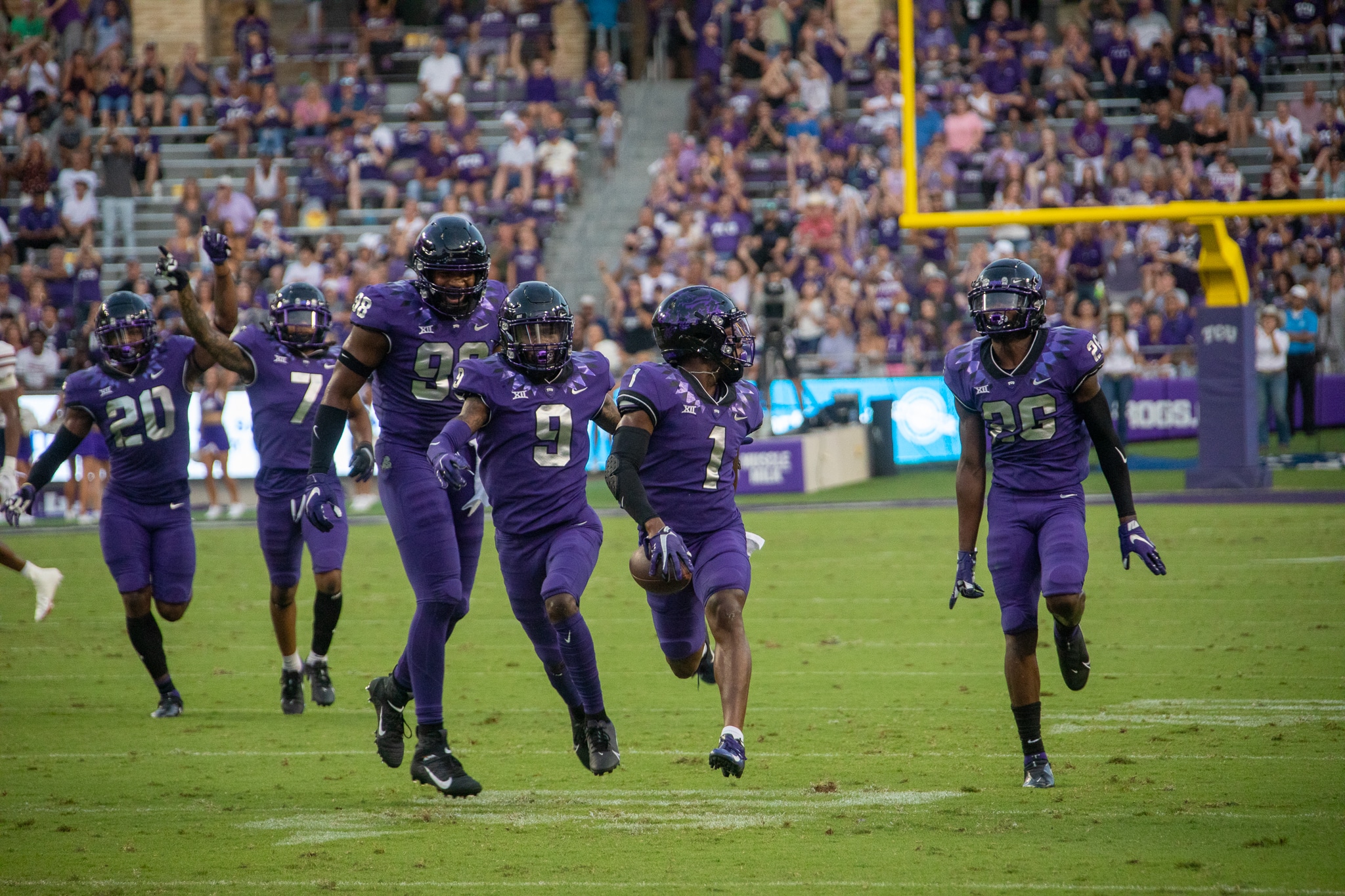 How is the defense shaping up a week into spring football?

Home » How is the defense shaping up a week into spring football?

Tre Tomlinson celebrates with his teammates after picking off a pass during the 2021 season. (Melissa Triebwasser | Frogs Today)

For as long as many of us can remember, TCU football has been defined by its defense.

One of the top units in the country over the course of Gary Patterson’s 20-plus years, the Horned Frogs made their name on a unit that was speedy, stingy and downright nasty, regularly shutting down some of the top offenses in the country. Most remember “speed, baby” and winning in Norman in ’05, harbingers of a two-decade stretch that would put the Horned Frogs on the map nationally.

But it’s a new dawn in Fort Worth, and Patterson’s successor is known for his proclivity on offense more so than shutting down the other side. This won’t be a “let’s just outscore them” unit, but it won’t be “win by one” either.

With spring football off and running, we continue our preview series by looking at the defense and what coordinator Joe Gillespie is working with as he transitions TCU from Patterson’s 4-2-5 scheme to his 3-3-5 style.

Sonny Dykes picked up a win at TCU before his team even took the field when cornerback Tre Tomlinson elected to return for his senior season.

On the cusp on being an All-American in 2020, Tomlinson was hurt by the revolving door opposite him last season but still managed to be an elite lockdown corner that opposing quarterbacks avoided. Were he a little taller, he likely would have gone to the NFL Draft, but his return is a boon to Joe Gillespie and TCU.