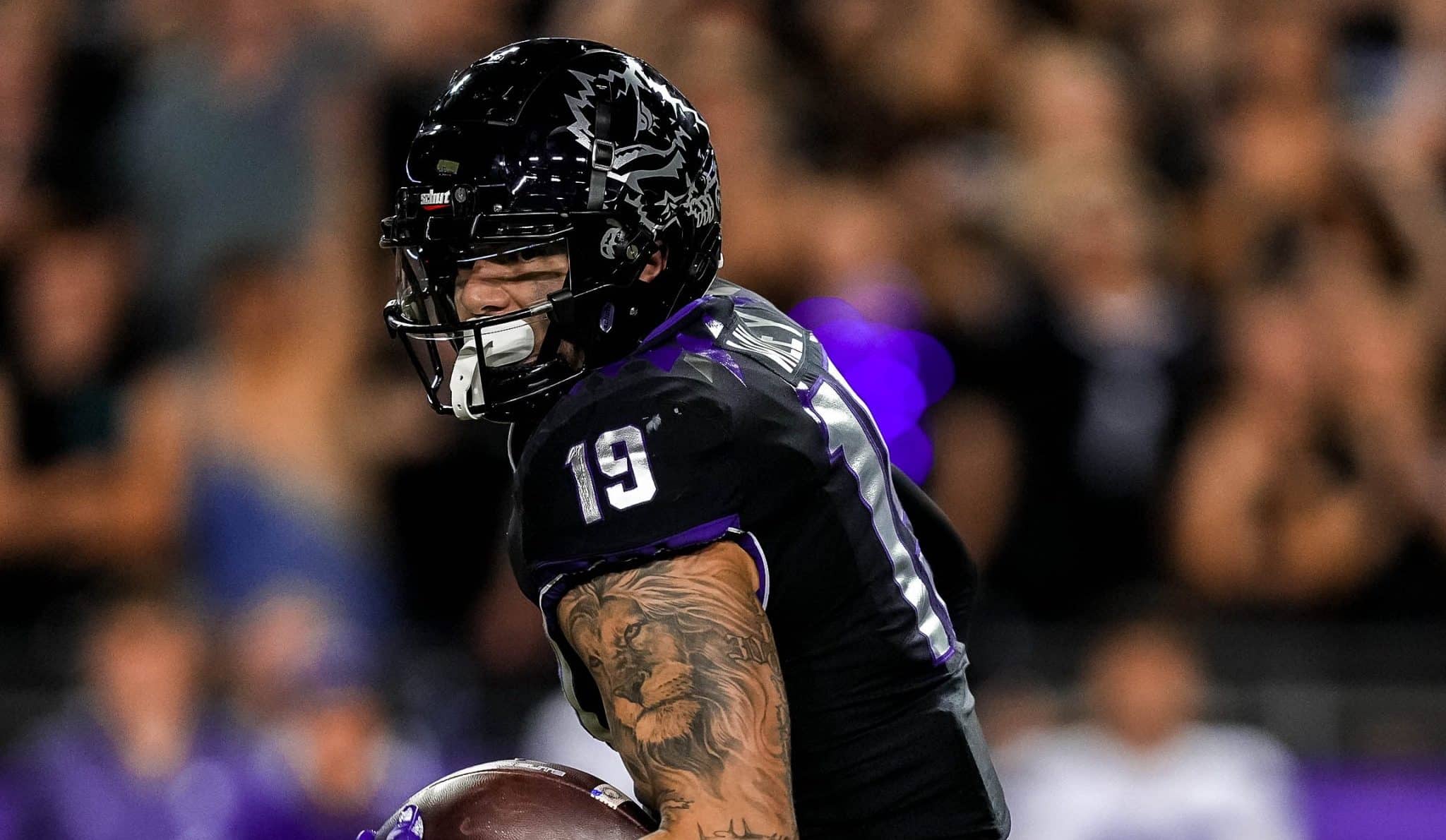 TCU tight end Jared Wiley caught a 4-yard touchdown pass in the first half against Kansas State and had this big gainer in the second  (TCU Football).

FORT WORTH — Tight end Jared Wiley is becoming an impact player for the TCU offense midway through the season.

While most people admit they didn’t see TCU’s 7-0 start coming, Wiley will make no such confession. He says he saw this hot start coming all the way back in camp, with the way the team focused and bought in to the new coaching staff’s culture and system. Now, Wiley says, that work is paying dividends on the field.