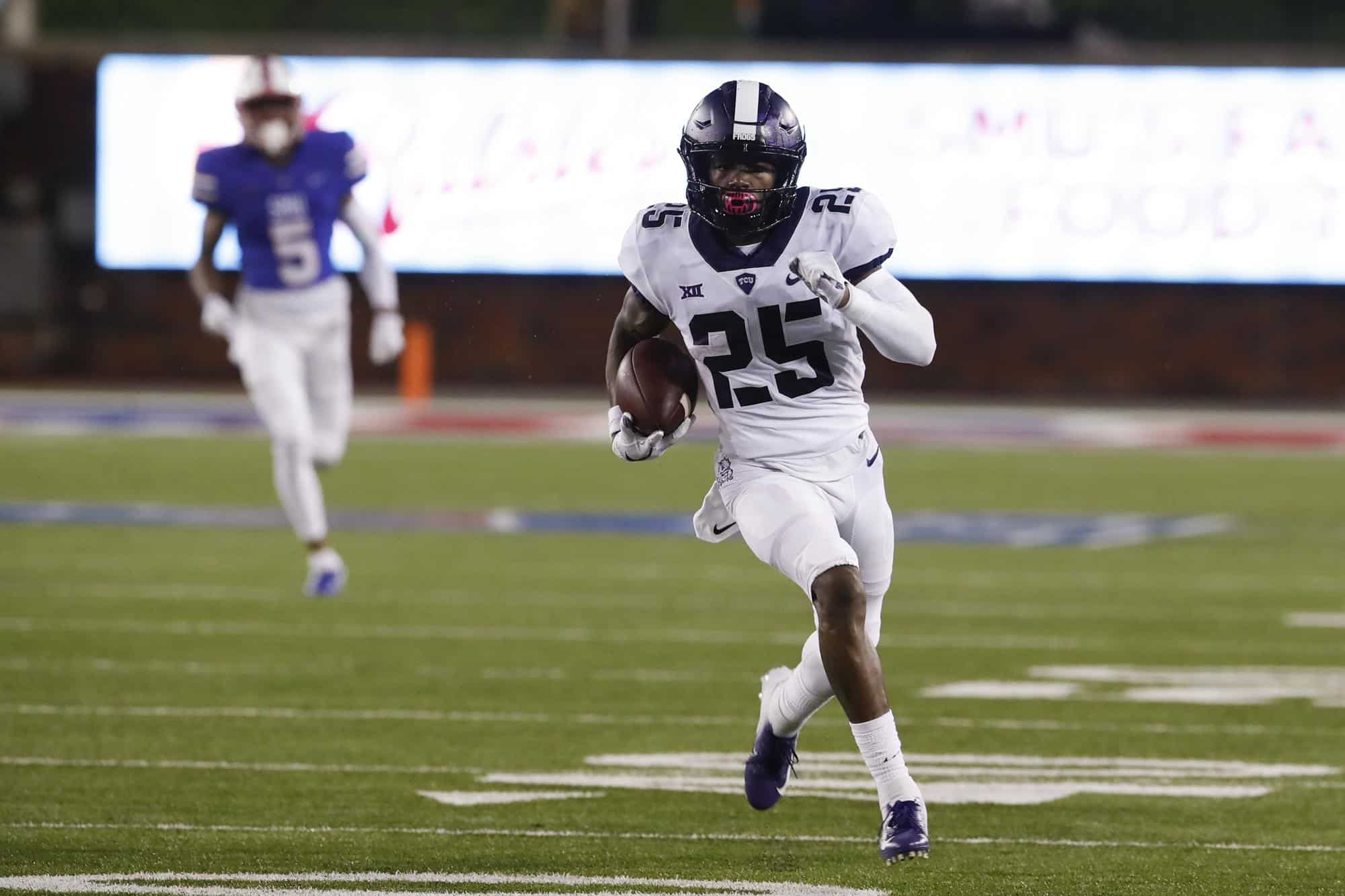 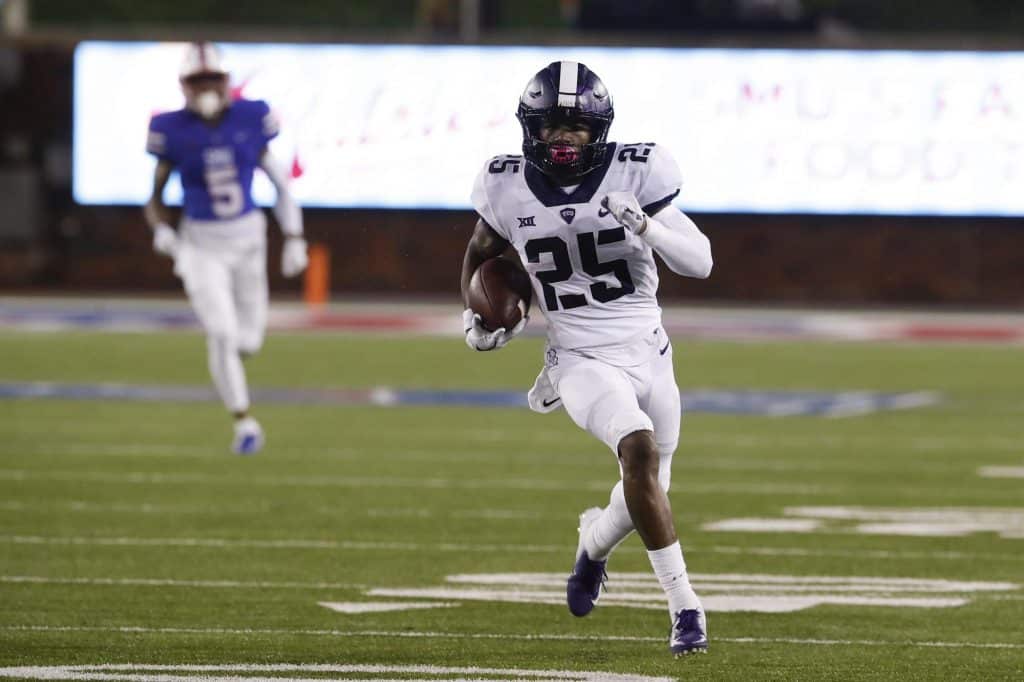 KaVontae Turpin was a star at TCU before encountering legal issues, and he will finally realize his NFL dream with the Cowboys (TCU athletics).

Former TCU wide receiver and kick returner KaVontae Turpin has signed a three-year contract with the Dallas Cowboys following a workout with the team earlier in the week.

Turpin spent this spring playing in the USFL for the New Jersey Generals, earning league MVP for his performances as a receiver and kick returner. The former TCU star led the league with 540 receiving yards on 44 receptions, including 344 yards after catch. He also rushed for 129 yards.

In three seasons with the Horned Frogs, Turpin recorded 1,338 receiving yards on 116 receptions, scoring 10 touchdowns. Eight of those came his freshman season, when he burst onto the scene with four receiving touchdowns against Texas in a 50-7 win over the Longhorns.

Turpin’s time at TCU ended abruptly, though, after his arrest in a family violence case. Turpin would eventually plead guilty. Upon his dismissal from the program, an outstanding arrest warrant in New Mexico also surfaced.

Those red flags caused Turpin to not be selected in the NFL Draft and or signed as a rookie free agent in 2019, and left him searching for a place to play. After two years off, Turpin landed in the European League of Football before joining the Spring League’s Sea Lions — a predecessor to the USFL.

Turpin is the second player from the USFL ever signed by the Dallas Cowboys. The first was running back Herschel Walker, who signed with Dallas in 1985 and went on to have an illustrious 12-year career in the NFL. Coincidentally, Walker also played for the Generals.