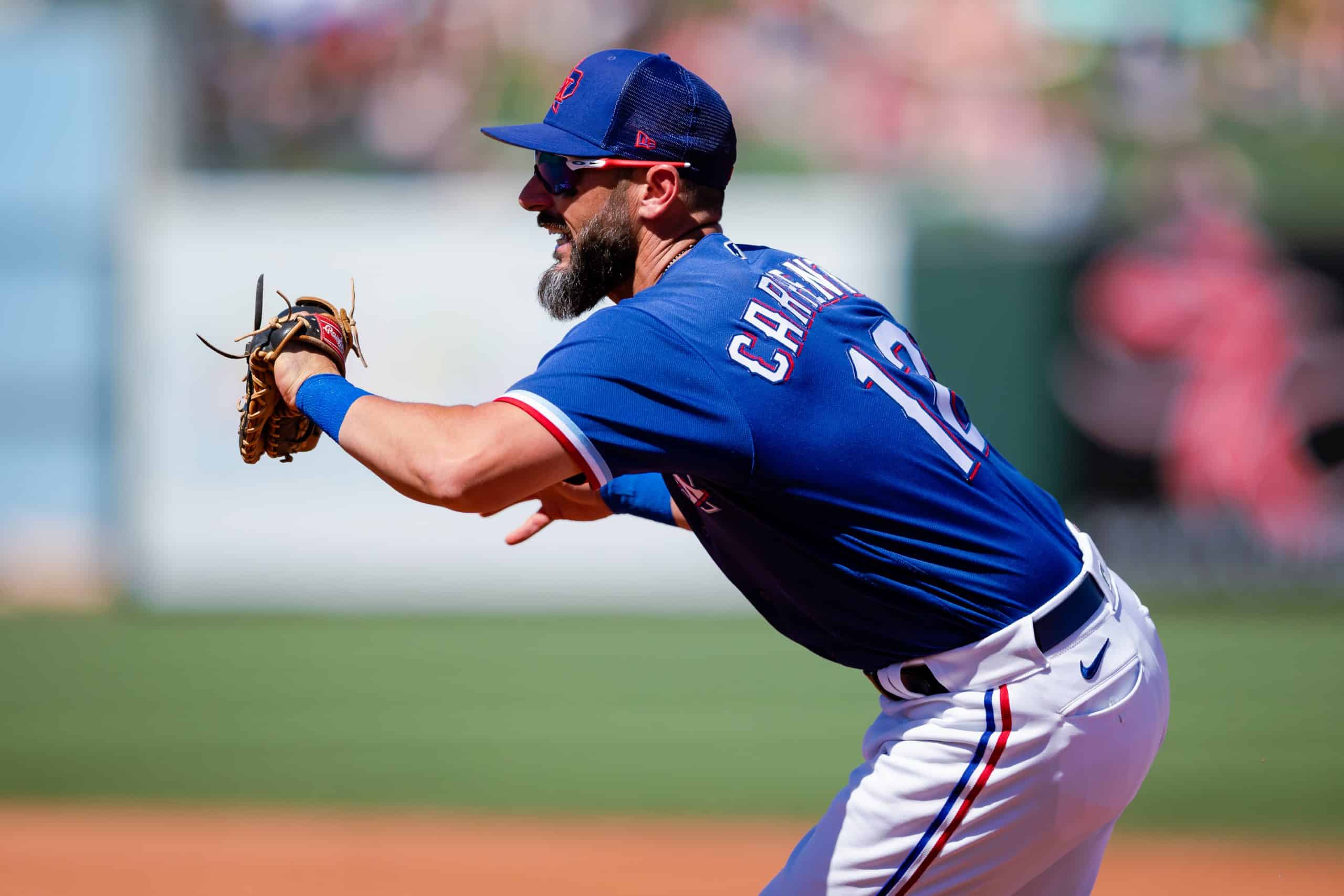 By Jeff WilsonApril 5, 2022No Comments 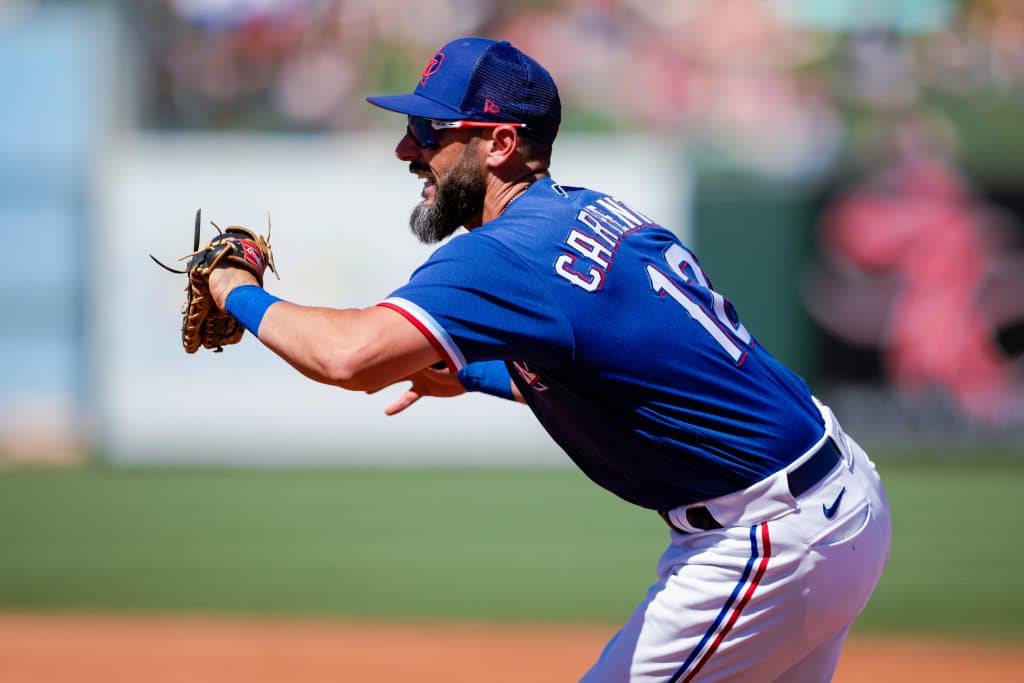 Matt Carpenter is willing to play at Triple A Round Rock in the Rangers’ farm system to launch himself back into the majors (Texas Rangers/Ben Ludeman).

SURPRISE, Ariz. — Matt Carpenter cleaned out his locker Sunday afternoon and headed back to Texas.

The TCU great had been told earlier in the day that he would not make the Texas Rangers’ Opening Day roster, but told them he was going to accept assignment on his minor-league deal to Triple A Round Rock.

Round Rock opens its season Tuesday, and Carpenter will be available Wednesday. The Rangers have at-bats for him the 11-year veteran but don’t plan to play him every day with prospects’ playing time a priority.

Carpenter is ready to take them, saying he believes he has a lot of baseball left in him at age 35 and with some changes to his swing.