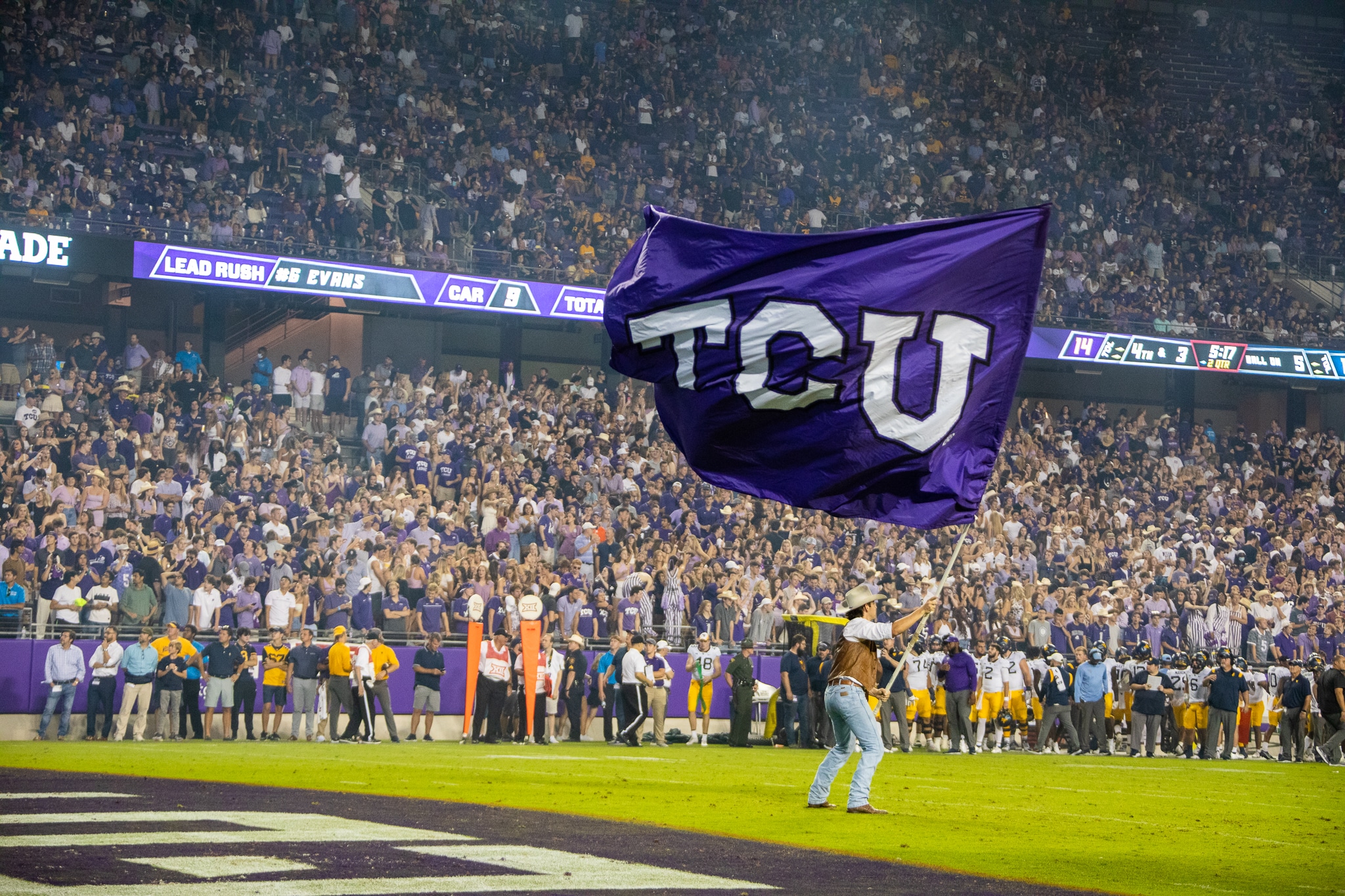 By Melissa TriebwasserJune 16, 2022No Comments

TCU Football continues its positive momentum on the recruiting trail, earning the commitment of another top target. (Melissa Triebwasser/Frogs Today)

Wilcox, a rising senior at Lake Belton High School in Temple, was part of the high-profile group that took official visits to campus last week. He is the third player out of the nine to make the trip to announce, joining four star defensive lineman Avion Carter and three star offensive lineman Cooper Powers.

Ranked #49 in the country at his position and a top 100 player in the state of Texas, Wilcox was previously committed to Baylor before flipping to the Frogs Thursday. Recruited by safeties coach Paul Gonzales, Wilcox was impactful as a two way player for Lake Belton in 2021, collecting 96 tackles on defense and hauling in a pair of touchdowns to go with 162 receiving yards on offense. In addition to Baylor, he drew offers from Texas Tech, Arkansas, SMU, Tulsa, and UTSA. A three sport athlete, he competes for both the basketball program and track & field team along with football.

Sonny Dykes has made size in the secondary a priority in recruiting, and the 6-foot, 185 pound Wilcox fits the bill. Wilcox is rangy and quick with good hands and excellent closing speed. He’s also not afraid to be physical, as evidenced by winning Defensive Player of the Year honors in basketball this past season.

With Wilcox on board, the Frogs now have ten players in their 2023 class, a group that is currently ranked 17th in the country and third in the Big 12. He is the third highest-rated player in the group, behind Carter and wide receiver Cordale Russell.

With the recruiting dead period beginning June 27th, Sonny Dykes and TCU have just a couple weekends to impress potential future Frogs before fall camp opens. Some big names are expected to be in Fort Worth over the next several days, so it’s possible that the good news isn’t done yet.