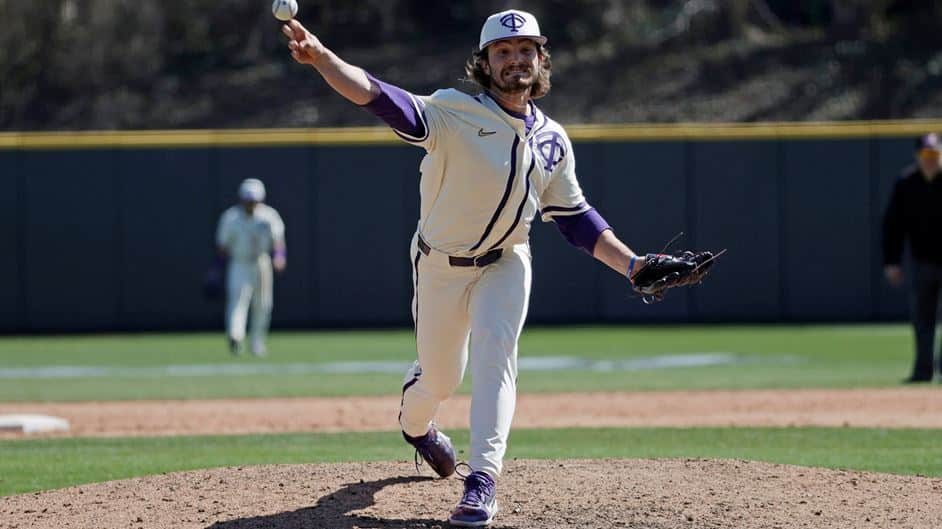 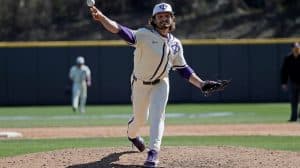 After a rough trip to the Bluegrass state TCU came home and did a little spring cleaning. The Frogs swept Army to improve to 11-4 on the season.

It’s not often that a team plays their first weekend home series a full month into the season, but the Horned Frogs made their way back to Lupton and put on a show in front of their fans. TCU needed plate discipline, a top to bottom incredible pitching performance from the bullpen, and a little Lupton Magic to get past the Black Knights, but they did nonetheless.

Cohen Feser stepped up in a massive way in the first game of the series. Feser, a freshman, has been used in a variety of relief situations already this year, but Saturday provided him an opportunity to start with a clean slate. Feser entered the game at the start of the sixth inning, and pitched four innings of almost perfect baseball. He struck out four, walked none, and scattered two hits in the outing. TCU coach Kirk Saarloos hyped up Feser after the outing.

“It’s nice to get him out there in a situation where we can see him go a little bit deeper, a little bit longer.” Saarloos said, “A lot of his appearances so far have been in some high traffic situations. He threw the ball extremely well in his two innings at Louisville, so I think he’s starting to gain more confidence, and that’s good to see from a freshman arm.”

“For him to go out there today and give us four scoreless, I thought was big time.”

In all, the bullpen was significantly improved over the weekend. Seven relievers combined to pitch 13.2 scoreless innings, while striking out eight and scattering eight hits. While the bullpen is still a work in progress, it’s nice to see that that final word, progress, is being made.

Plate discipline isn’t always something we see at the collegiate level, but TCU seems to have it in droves. The Frogs worked 24 walks in their three games against Army, bringing their total for the season to 95.

The defense has been stout in the first month of the season, but the Frogs took things to another level this weekend. Brayden Taylor, Logan Maxwell, Elijah Nunez, and Gray Rodgers all flashed the leather at times, but this play from Tommy Sacco might have been the best defensive play of the weekend.

The Frogs left 27 runners on base over the weekend, an issue that has been prevalent throughout the first month of the year. On Saturday, TCU almost watched two games get away from them as they continued to struggle bringing runners home. On the weekend TCU hit just .182 with runners in scoring position, and .125 with runners on base.

“[We’ve had] a different guy every game in terms of stepping up,” Saarloos said, “We just need to start sandwiching some of those good at bats together so we can start putting up some more crooked numbers.”

Nunez and Taylor continued to terrorize opposing pitchers this weekend. The duo, now featured together at the top of the lineup, didn’t flash their bats as frequently as TCU fans are accustomed to, but they reached base early and often. Nunez and Taylor combined for 11 walks and six stolen bases over the weekend, effectively negating the fact that they went just 3-19 combined at the plate. The duo scored three runs, drove in three more, and only struck out once between the two of them.

Luke Savage hit some bumps in his first two outings of the year, but his last two appearances have been excellent. Savage has thrown 4.2 scoreless innings over the last two weeks, allowing just two hits and one walk, while striking out two. Savage, along with Feaser and guys like Marcelo Perez, should bring some comfort to TCU fans who were concerned about the bullpen through the first few weeks of the season.

TCU hosts Texas A&M Corpus Christi on Tuesday at 6 p.m. before travelling to Waco for a weekend series against the Baylor Bears.