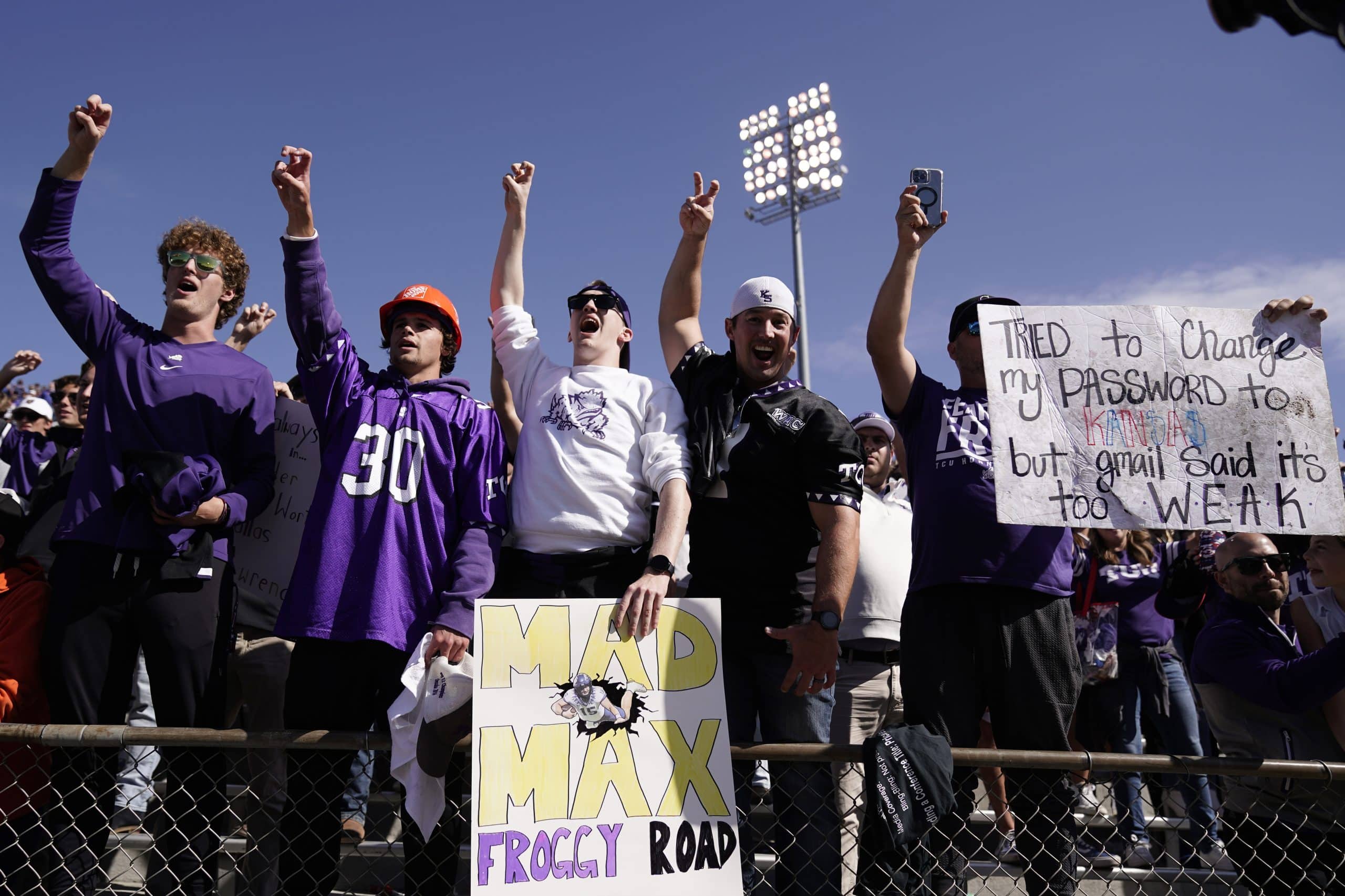 By Melissa TriebwasserOctober 10, 2022No Comments

TCU traveled well to Kansas over the weekend. Will Oklahoma State travel as well this week to Amon G. Carter Stadium (The Associated Press/Charlie Riedel)?

Coming into the 2022 season, if you had told me the Horned Frogs would be 3-2 five games into their first season under coach Sonny Dykes, I would have been more than satisfied.

I was one who believed the floor was five wins for the Frogs, the ceiling eight, and if absolutely everything broke right, there was a very outside chance they could reach nine.

Well, through five games, it feels like just about everything is coming up purple.

TCU isn’t without its flaws. For most of Saturday’s showdown at Kansas, it appeared the defense had simply forgotten how to tackle. But the Frogs made stops when they needed them, Max Duggan continued to make plays when he needed to, and at the end of four quarters the Frogs found themselves the villain in what had been (and really still is) a very fun Kansas fairy tale.

But now comes the meat of the schedule. The Frogs have played arguably the worst team in college football, a G5 team that has players taking themselves off the field so that they can transfer without losing a season of eligibility, and an Oklahoma team that just got trounced in the Red River Showdown 49-0

Kansas, of course, is a former Big 12 doormat, but now appears to be the best team TCU has played thus far. And even then the Frogs got the Jayhawks’ backup QB for most of Saturday’s edge-of-your-seat win.

The reward for 5-0 is a top-10 team coming to Amon G. Carter Stadium, with No. 8 Oklahoma State, fresh off of a nail-biter against Texas Tech, looking to cement its status as the conference’s best program by knocking off a top-15 team on the road.

That begins a stretch of three ranked opponents over the next five games for TCU, who will have ample opportunity to prove the 5-0 start isn’t an aberration, but the beginning of a return to national prominence for a proud program.