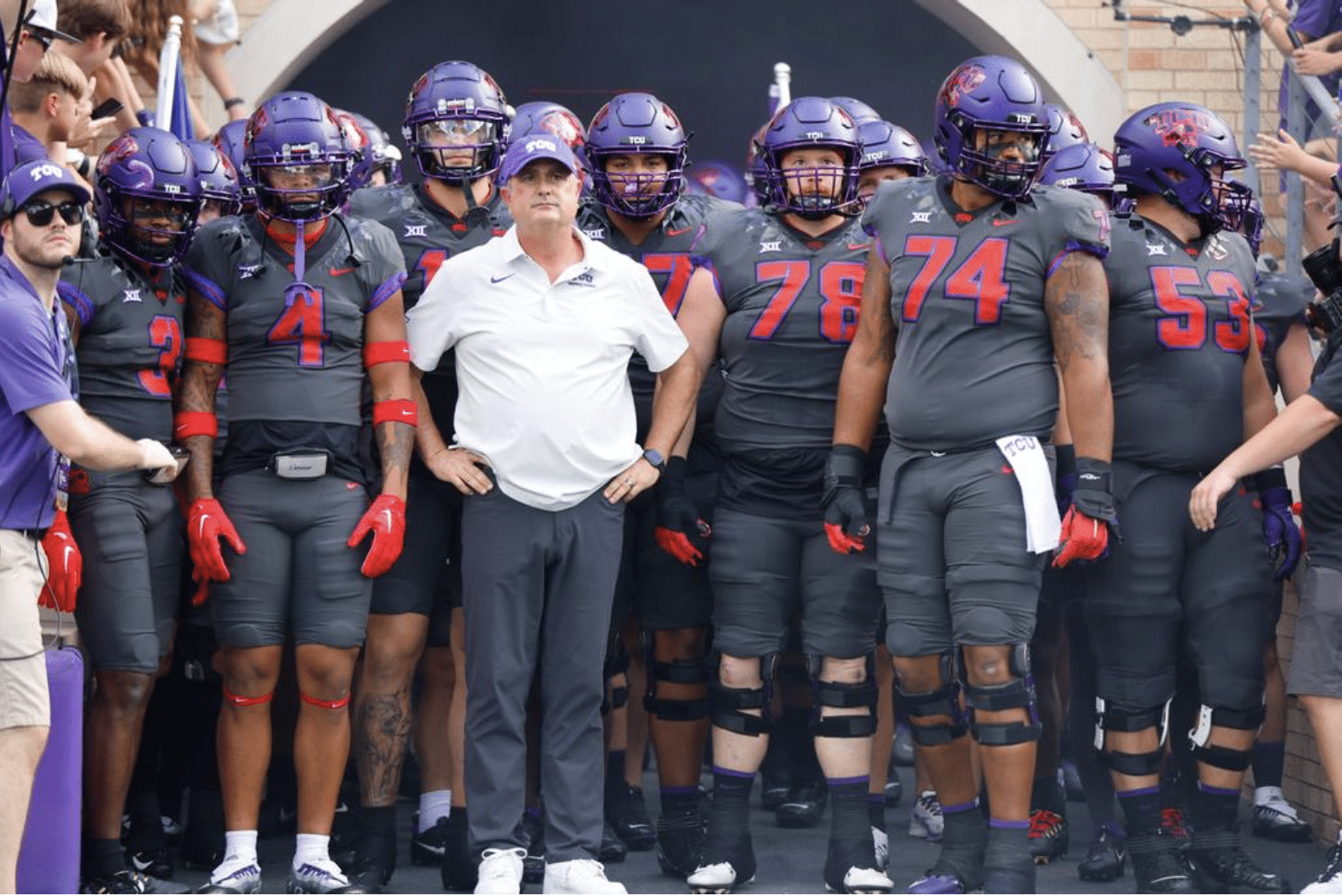 Monday Morning Quarterback: No longer the underdog, TCU must get ready for the rock slinging

By Melissa TriebwasserOctober 17, 2022No Comments

Home » Monday Morning Quarterback: No longer the underdog, TCU must get ready for the rock slinging

Sonny Dykes has his team 6-0, No. 8 in the polls, and believing (TCU Athletics/Gregg Ellman).

There was a lot of “rat poison” in Fort Worth last week, as 5-0 TCU became a media darling after supplanting Kansas as “America’s College Football Team.”

National media such as ESPN, Sports Illustrated, CBS Sports and The Athletic all wrote glowing pieces on the program, with Pat Forde going so far as to name Sonny Dykes “the king of Texas football.”

It’s incredibly hard not to believe your own hype. The “prove them wrong” season in 2014 was much easier to watch than the “prove them right” season in 2015. There’s something about being an underdog, free of the burden of expectation, that makes the game more fun for both players and fans.

Playing the spoiler is a blast. Playing the giant? You’re just waiting for the rocks to come.

Down 14-0 to Oklahoma State before fans had finished their first beer Saturday, the Horned Frogs were feeling the rocks Saturday. Spencer Sanders ran for two quick touchdowns while the Frogs turned their first two drives into a pair of punts and gained only 34 yards on eight plays. It appeared that it was time to settle in for a long, disappointing day.

But this isn’t the same TCU, even if it’s mostly the same players. As the broadcasters said while fans stormed the field under a picture-perfect sunset in Fort Worth, “There’s something special going on here.”

The Frogs turned a 14-0 deficit into a thrilling 43-40 double-overtime win, holding the Cowboys to only 32 yards in the fourth quarter to help them force OT. Max Duggan didn’t play the best game of his career but he kept playing, Quentin Johnston had a less statistically overwhelming afternoon than he had the week before but a more impressive performance, and defensive coordinator Joe Gillespie’s counterpunches landed with authority time and time again after halftime.

TCU is good. The rocks are coming.