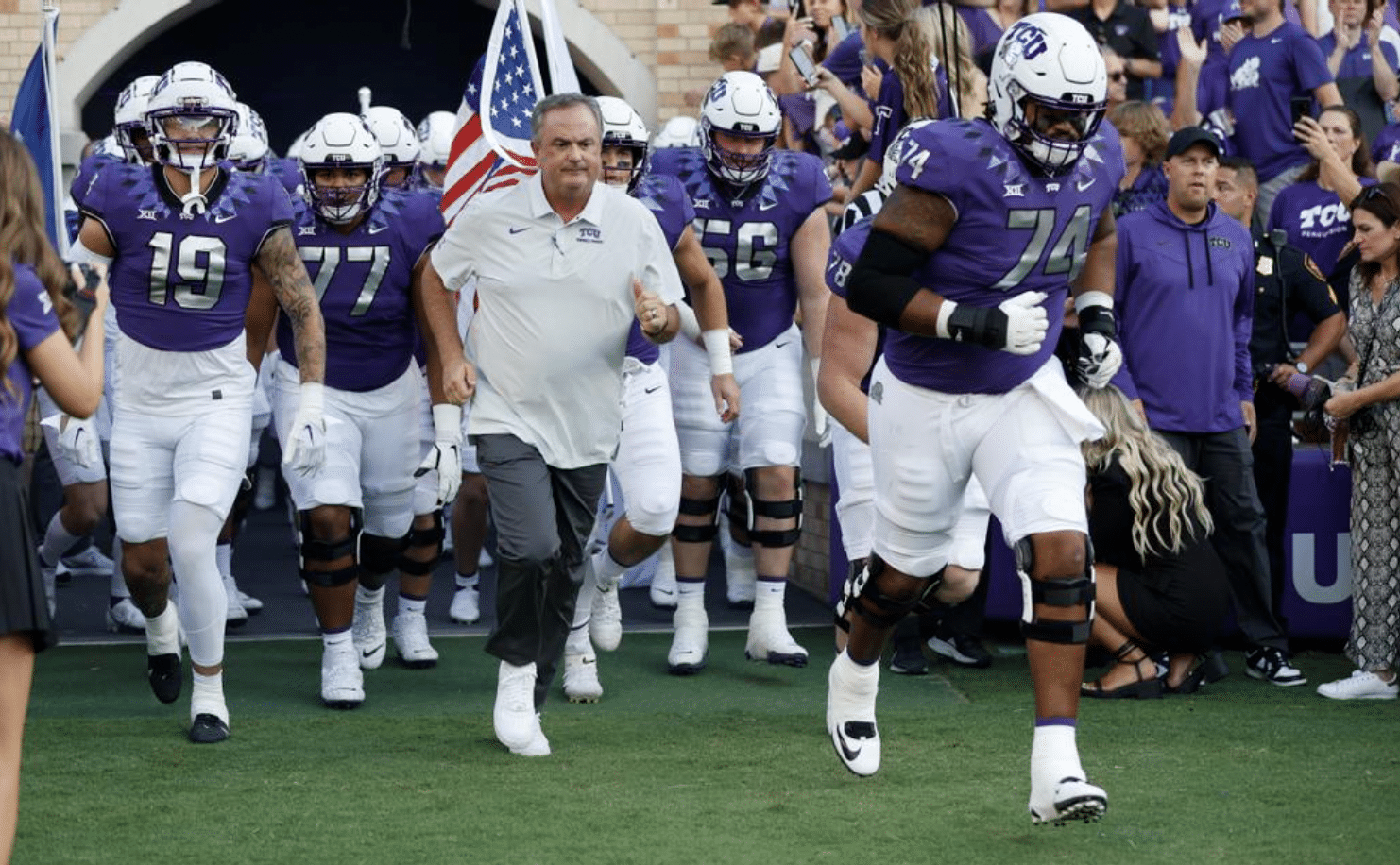 By Melissa TriebwasserSeptember 12, 2022No Comments

Sonny Dykes ran his team out of the tunnel at Amon G. Carter Stadium for the first time Saturday as TCU head  coach (TCU Football/Gregg Ellman).

The Sonny Dykes era started slowly at Colorado, but the momentum from a dominant second half in the TCU season opener carried on as the Horned Frogs made their 2022 home debut Saturday night.

The TCU offense sliced and diced an overmatched Tarleton State defense with scores on nine on their first 10 drives. including a streak of eight straight.

What do we take from dominating the Texans as the Frogs head to their bye week?