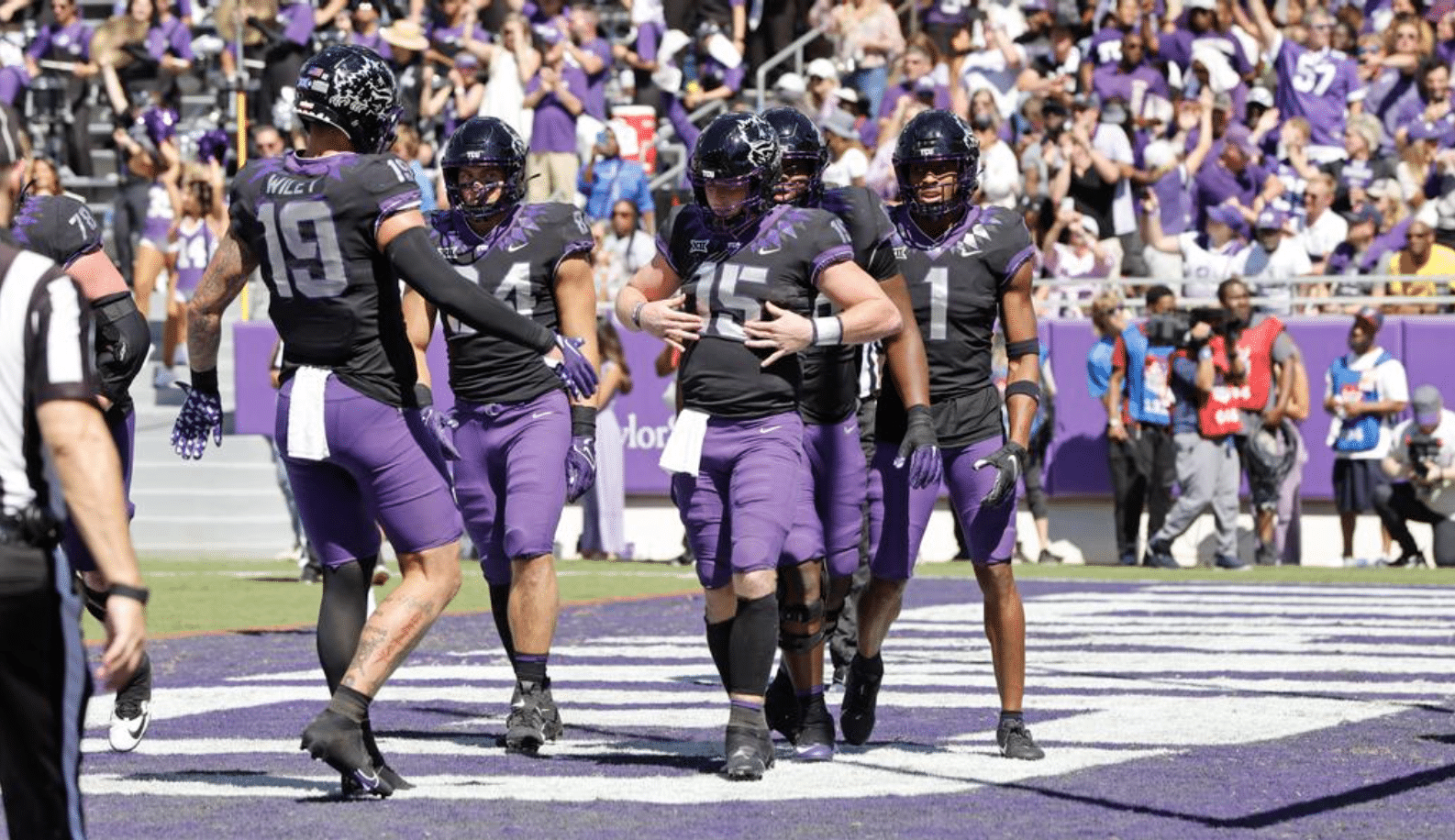 Monday Morning Quarterback: TCU has its swagger back

By Melissa TriebwasserOctober 3, 2022No Comments

Home » Monday Morning Quarterback: TCU has its swagger back

Max Duggan has brought the swag back to the Horned Frogs (TCU Football/Gregg Ellman).

The best definition might well be “I know it when I see it,” and, well, I see it with TCU.

My first year covering the Horned Frogs in an official capacity was 2014, and while that wasn’t technically the “best” season in TCU history, it’s one many fans look back on fondly. Not only did the Frogs win a conference title and a New Year’s Six bowl, they played with an attitude that was unfamiliar previously in Fort Worth. As good as the 2009 and 2010 teams were, they didn’t have the swagger of that Trevone Boykin, Josh Doctson, Paul Dawson and Derrick Kindred-led squad.

And while this 2022 group has a ton to prove before it belongs in that conversation, the one similarity we can point to easily at 4-0 is that this team plays with that same swagger. They weren’t intimidated as the explicit chants rained down at Colorado, they didn’t waver among the pure hatred spewed their way at SMU, and they were unbothered by an Oklahoma team that rolled into town having beaten TCU eight straight times.

The Frogs not only think they can win, they expect to.

And they back it up. What the Frogs did to the Sooners in the first quarter of Saturday’s Big 12 opener was the stuff of legends. They forced a fumble three plays in, scored just four plays later on a big-time play by Savion Williams, and were up 27-10 through only 15 minutes of game time. They had scoring plays of 73, 67 and 62 yards in the first half, as they ranked up nearly 500 yards of offense.

The offense was elite, and the defense matched that energy.

The pall cast over this win is evident. Two devastating injuries suffered by the Sooners certainly changed the perception of the victory as well as the way it was celebrated. We certainly send out thoughts and prayers to quarterback Dillon Gabriel and defensive back Damond Harmon, and hope that they are fully healthy soon.