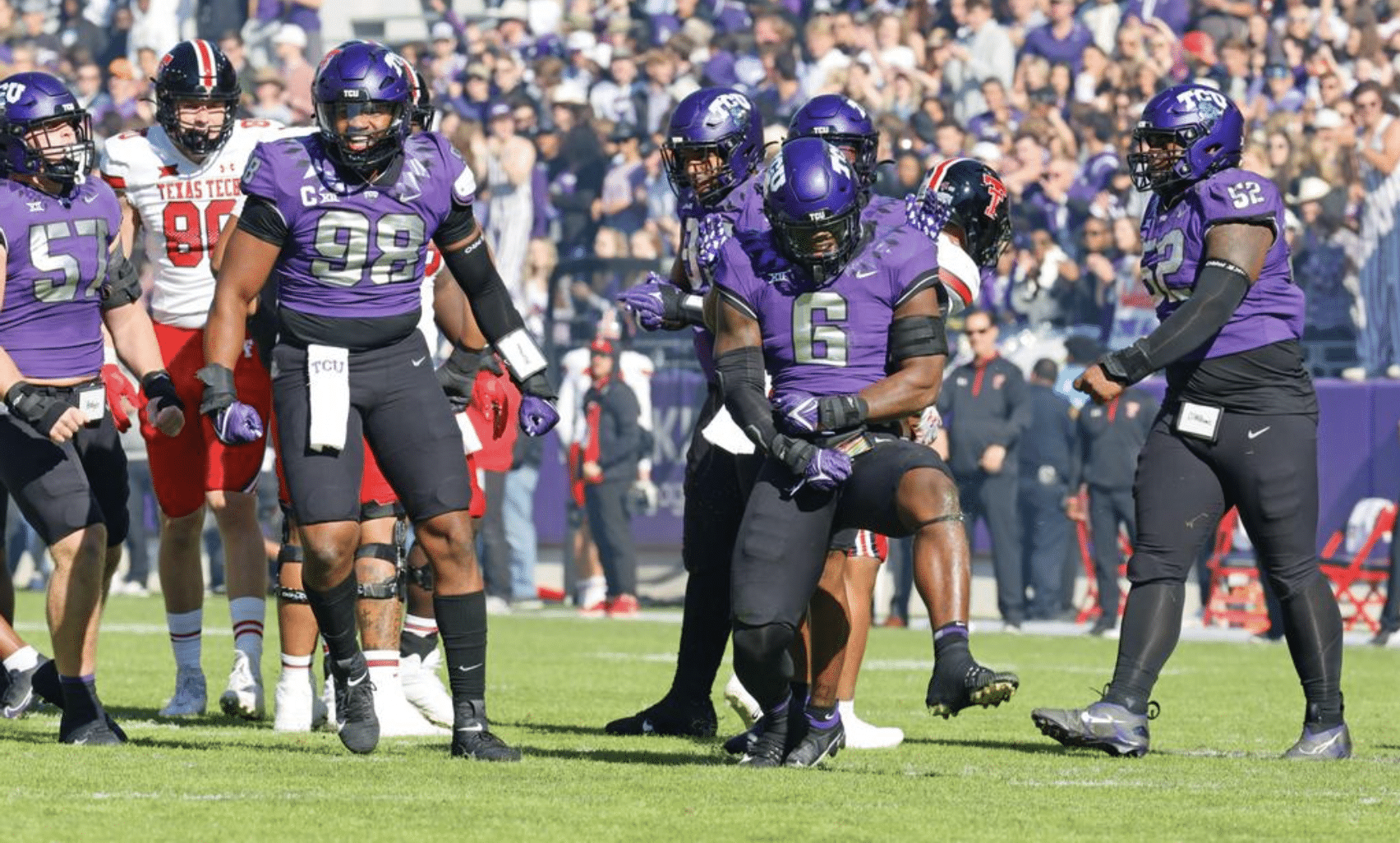 By Melissa TriebwasserNovember 7, 2022No Comments

Jamoi Hodge was a leader for the TCU defense Saturday, as the much-maligned unit shined in the Frogs’ 34-24 victory over Texas Tech (TCU Athletics/Ellman Photography).

TCU has one of the most explosive offenses in the country. Texas Tech has not been very good at stopping big plays historically, and though it’s a better unit in 2022, it still falls short of most metrics when it comes to being considered a “good” defense.

So it felt like it wasn’t a matter of if the Frogs would be able to continue to break off chunk plays against the Red Raiders on Saturday, but just how many times they could get into the end zone and how quickly they could put this one out of reach.

Well, football is a funny game, rivalry games tend to be unpredictable, and when you’re undefeated, the target on your back can begin to weigh heavily on a team. Maybe that’s what happened at Amon G. Carter Stadium, as TCU struggled for every yard until the fourth quarter, but managed to escape with a 10-point win and keep the Saddle Trophy in town.