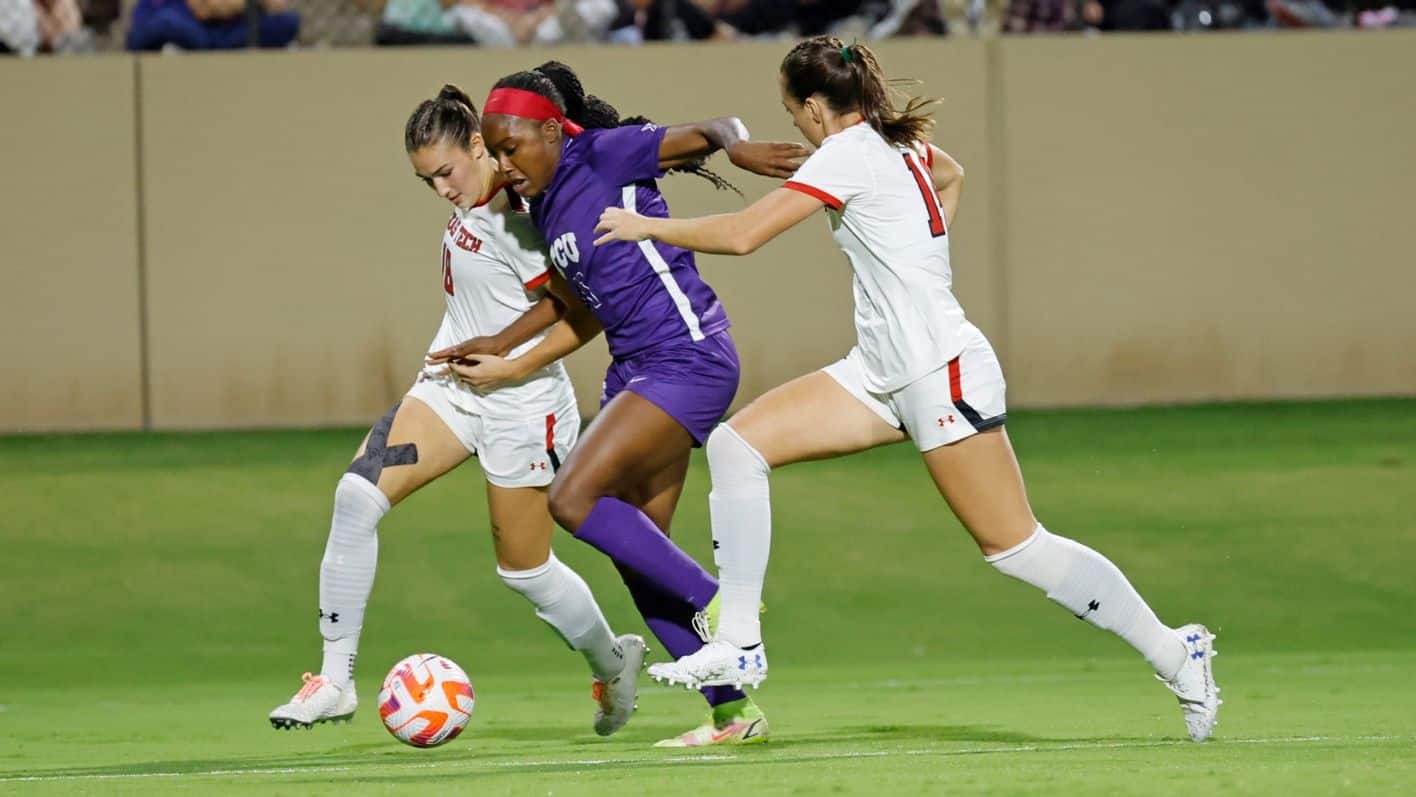 No. 15 TCU clinches second seed in Big 12 tournament after draw with Texas Tech

By Ray CartwrightOctober 28, 2022No Comments

TCU couldn’t break through against Texas Tech in a scoreless draw in the regular-season finale. (TCU Athletics)

TCU’s will be the No. 2 seed in the Big 12 Conference Tournament after battling Texas Tech to a scoreless draw Thursday night in the final game of the regular season.

A sellout crowd at Garvey-Rosenthal Stadium watched as TCU was held scoreless for the first time in conference play and for only the third time this season, even though the Frogs clearly dominated opponent on the stat sheet. They possessed the ball for 71 percent of the match and possessed the ball in the offensive third of the field more than Texas Tech had the ball all game.

TCU  earned 16 corner kicks and generated 18 shots, but couldn’t break through. TCU’s defense was solid once again, allowing Tech to generate only two shots and neither was on target.

“I think overall it was a really good performance,” coach Eric Bell said. “Our 18 to their 18 was unbelievable, but in the attacking third, we need to be more clinical and cutthroat in front of the goal.”

The ability to generate scoring opportunities has been undeniable in conference play as this was the Frogs’ third straight game with at least 15 corner kicks. The problem has been finishing off those opportunities.

One of TCU’s best scoring opportunities came in the 69th minute. Payton Crews delivered a cross to Gracie Brian, but the pass was just out of Brian’s reach. In the 74th minute, Oli Pena fired a laser of a shot from 20 yards out, but Texas Tech’s goalkeeper was there to make an outstanding save.

Finishing these kind of opportunities to going to be key for the Frogs as they enter postseason play.

“All of us know it’s having the mindset that I am going to finish this ball,” Crews said. “We use the word clinical, being clinical in our finishing. It’s a mindset change. You have to just keep shooting”