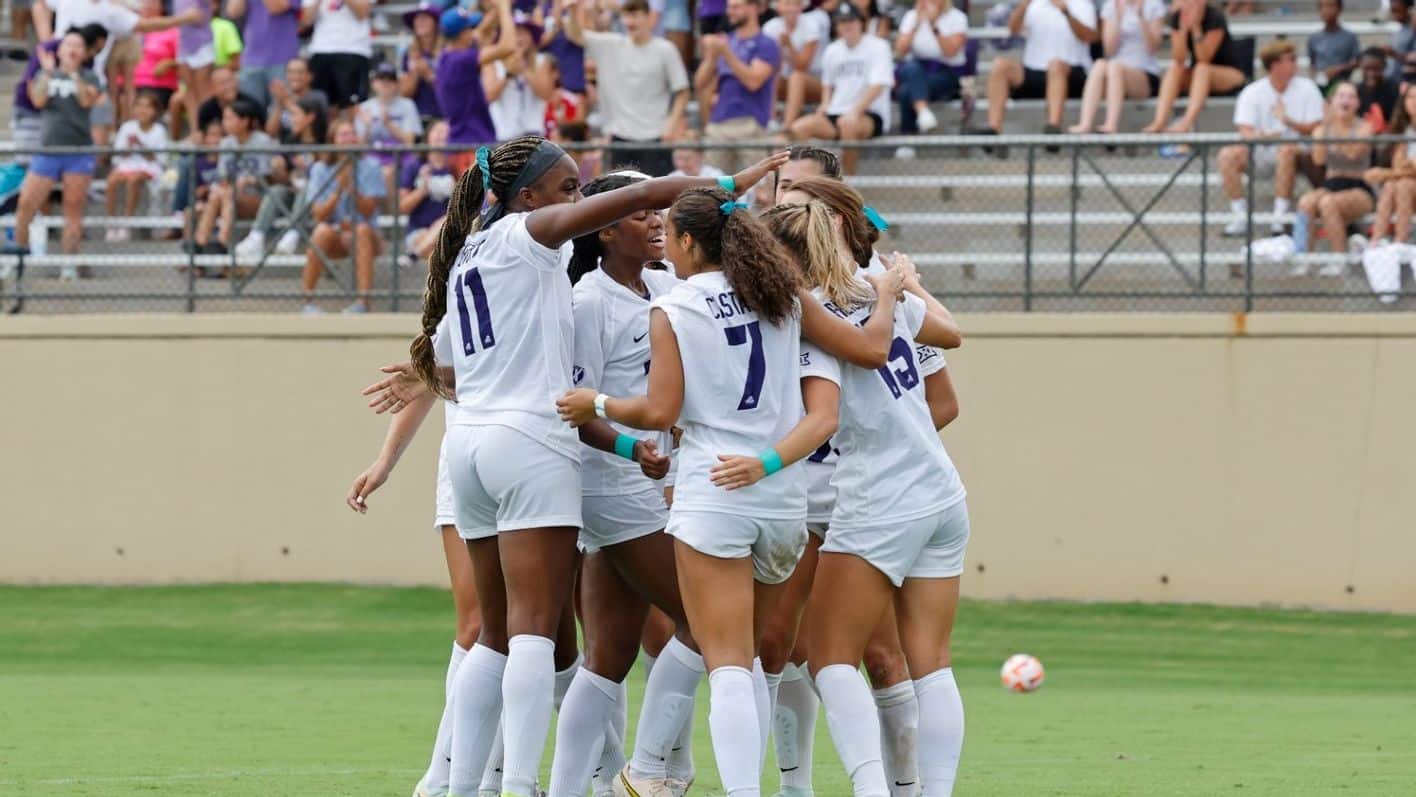 No. 15 TCU kicks off Big 12 tournament play against Kansas

By Ray CartwrightOctober 30, 2022No Comments

Home » No. 15 TCU kicks off Big 12 tournament play against Kansas

For TCU, everything about this season was building for postseason play, and the Horned Frogs kick off the Big 12 tournament Sunday against Kansas. TCU is looking to make the NCAA Tournament for the seventh consecutive year.

Coach Eric Bell doesn’t like to use the word “defending,” but that is exactly what TCU will be doing — defending its Big 12 title.

The Frogs will look to goalkeeper Lauren Kellett to continue to be a steadying force. She recorded Big 12-leading six shutouts in conference play.

The Frogs will also look to seniors Messiah Bright, who led the team with nine goals, and Gracie Brian, who scored five, to spark the offense.

Going into the season the coaching staff deliberately built one of the toughest schedules in the country to challenge the players and get them ready for what they will see in the NCAA Tournament.

“Our coaches talked about having made this season one of the hardest,” midfielder Payton Crews said. “They knew there was going to be ups and downs, and I think we handled them well.”

TCU finished the regular season 10-3-5 overall and finshed second in the Big 12. The Frogs have done a terrific job meeting each challenge they’ve faced and responding well to adversity.

Peaking they are. They have solved the defensive issues that gave them trouble early in the season,  allowing only four goals in nine conference games. One of those goals was an own goal.

They struggled at times at generating scoring chances, but once again that has been solved as they have generated at least 15 corner kicks in the past three games and an NCAA-best 152 on the season.

Now the key will be finishing those chances. If they can do that, the Frogs could be poised to make another deep run in the NCAA Tournament.

“We have to put the ball in the back of the net,” Bell said. “We want to be able to do everything else we have been doing. Now it is about putting the ball in the net. I told them, once we score one, they are going to come in bunches.”