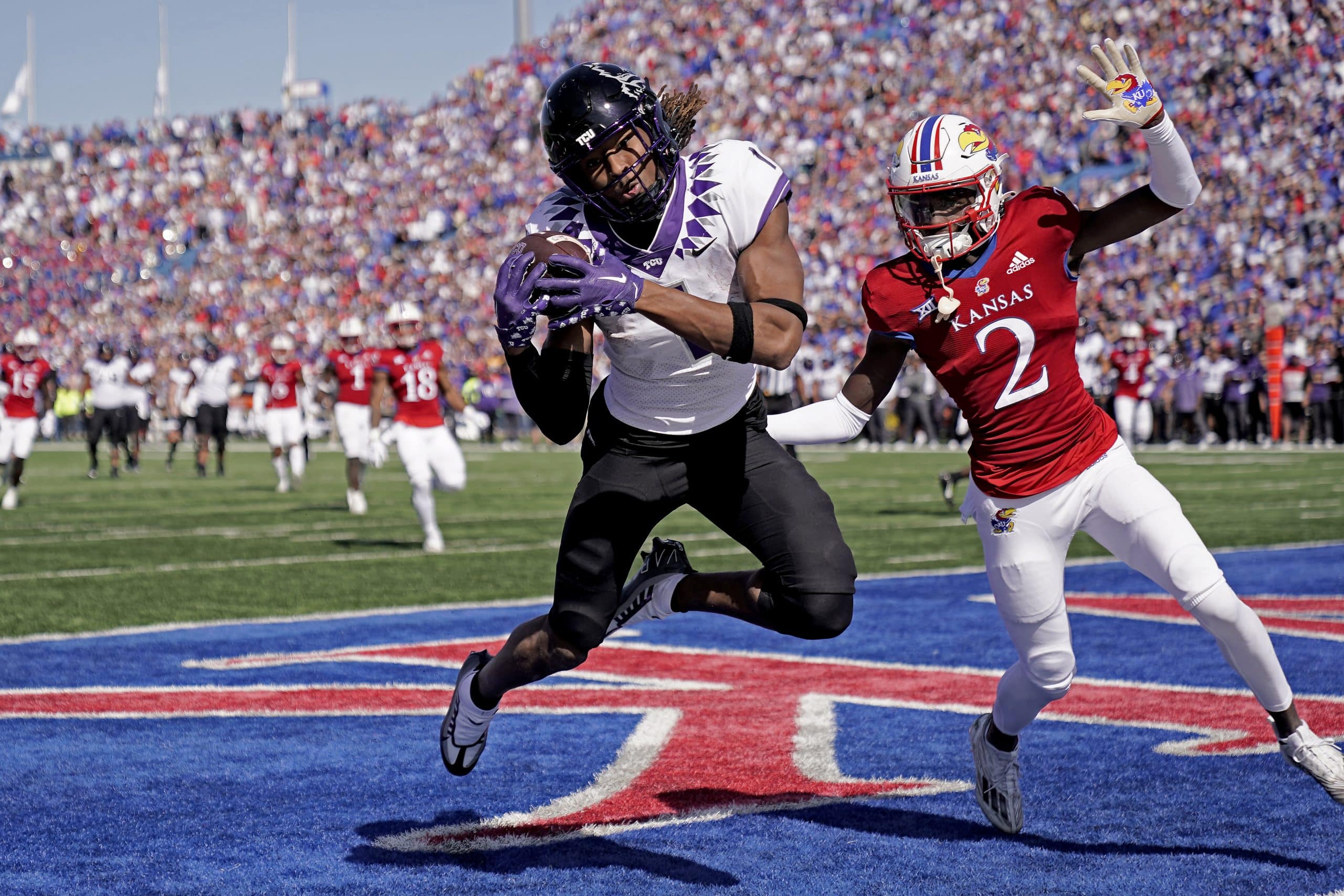 By Jamie PlunkettOctober 9, 2022No Comments 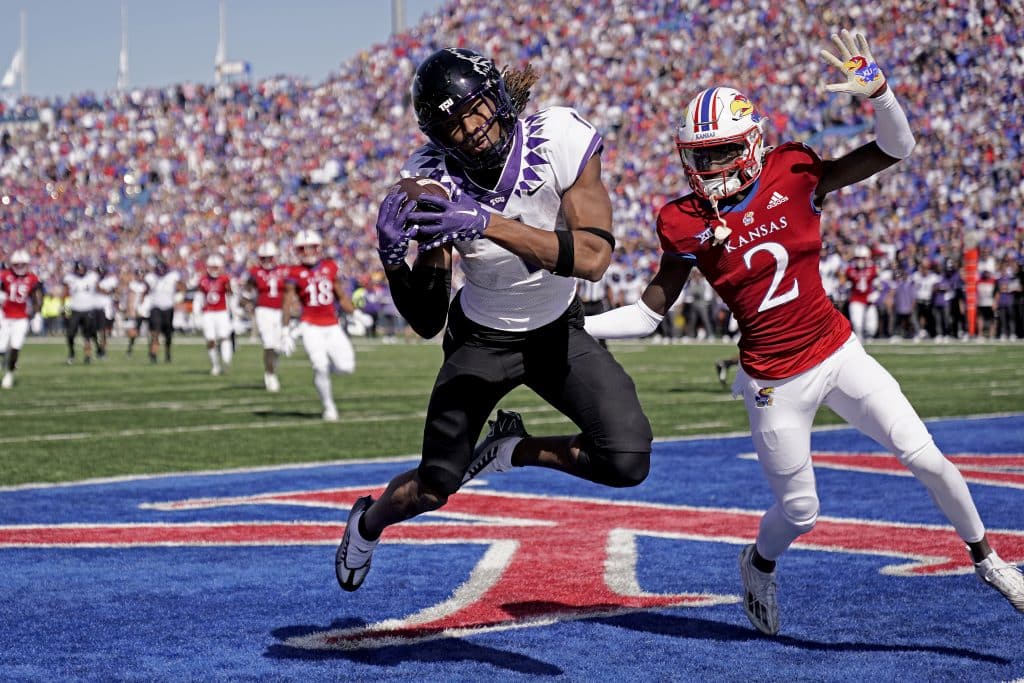 Quentin Johnston hauled in game-winning touchdown pass with 1:36 remaining in the game (The Associated Press/Charlie Riedel).

Quentin Johnston had largely been held in check heading into Saturday’s matchup with Kansas. With just 12 catches for 114 yards and zero touchdowns through TCU’s first four games of the season, two things were clear.

First, opposing defenses were intent on taking Johnston out of the game plan. Let other receivers make plays, but not him. Through the first four games of the year, other receivers did just that.

Derius Davis led TCU receivers in receptions and yards entering Saturday, as he, Taye Barber, and Savion Williams had been the biggest beneficiaries of a tightly covered Johnston.

Second, TCU didn’t have much need to run Johnston a lot, as three of TCU’s first four wins came by at least three touchdowns. You don’t need to use your best racehorse when you’re racing ponies.

That being said, questions had begun to arise about how coach Sonny Dykes and offensive coordinator Garrett Riley were using the potential first-round draft pick.

Many elite receivers would have gotten frustrated, or started demanding the ball more. Johnston did neither.