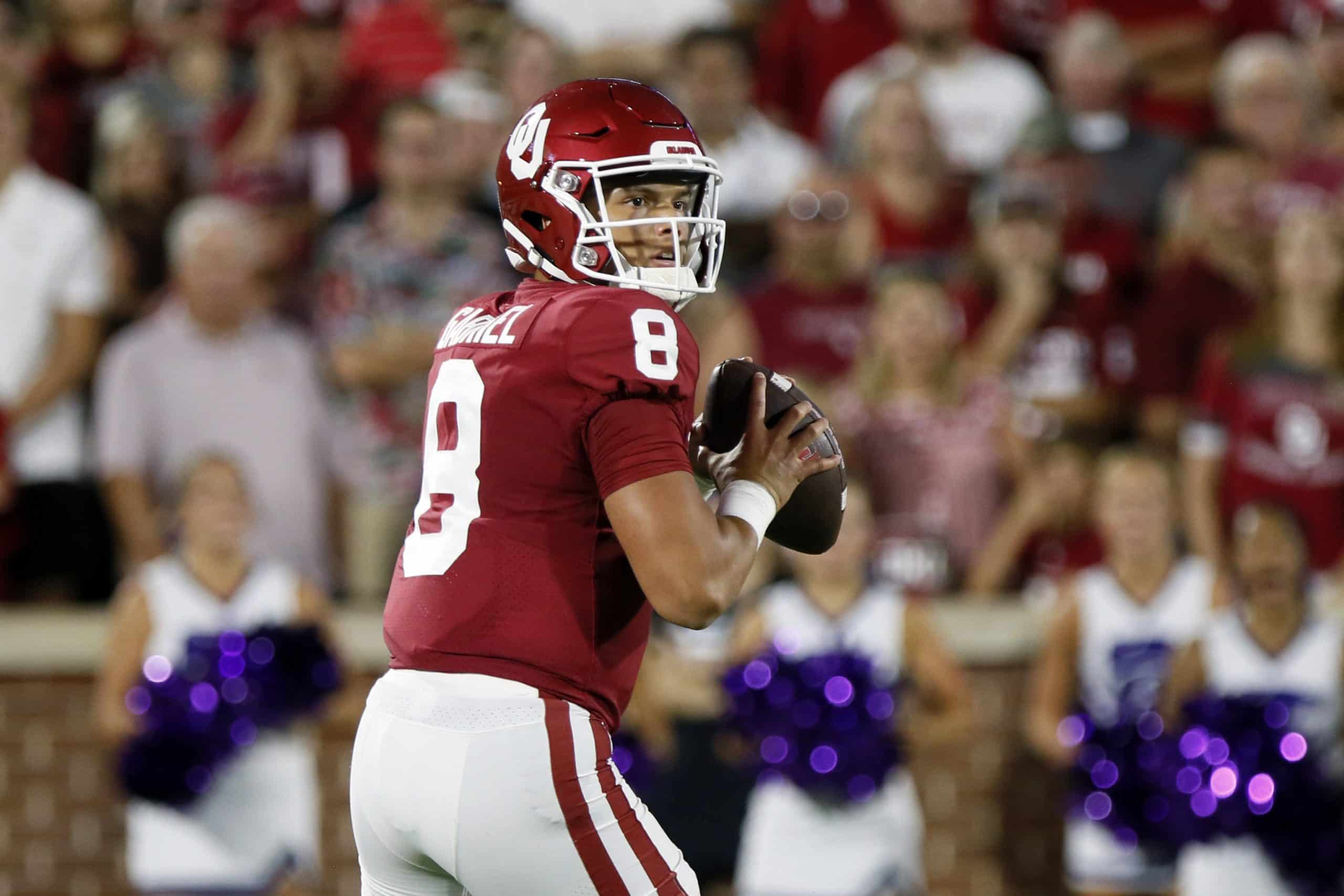 By Jamie PlunkettSeptember 27, 2022No Comments

Dillon Gabriel can throw the deep pass, but Oklahoma’s intermediate passing game has been lacking (The Associated Press/Sue Ogrocki).

TCU enters its Big 12 slate as the only undefeated FBS team in the state of Texas. That could change quickly, though, if the Horned Frogs aren’t careful.

The Oklahoma Sooners are coming to town and coming off their first loss of the year, a home loss to Kansas State, their fourth such loss to the Wildcats since 2012.

While the Wildcats seem to have Oklahoma’s number, Oklahoma has had the Frogs’ number ever since TCU joined the Big 12. TCU has lost eight straight to the Sooners by an average of more than two touchdowns.

Just like TCU, though, the Sooners are in the first year under a new coach, and Brent Venables is clearly still trying to install the defensive system that helped Clemson become a powerhouse.