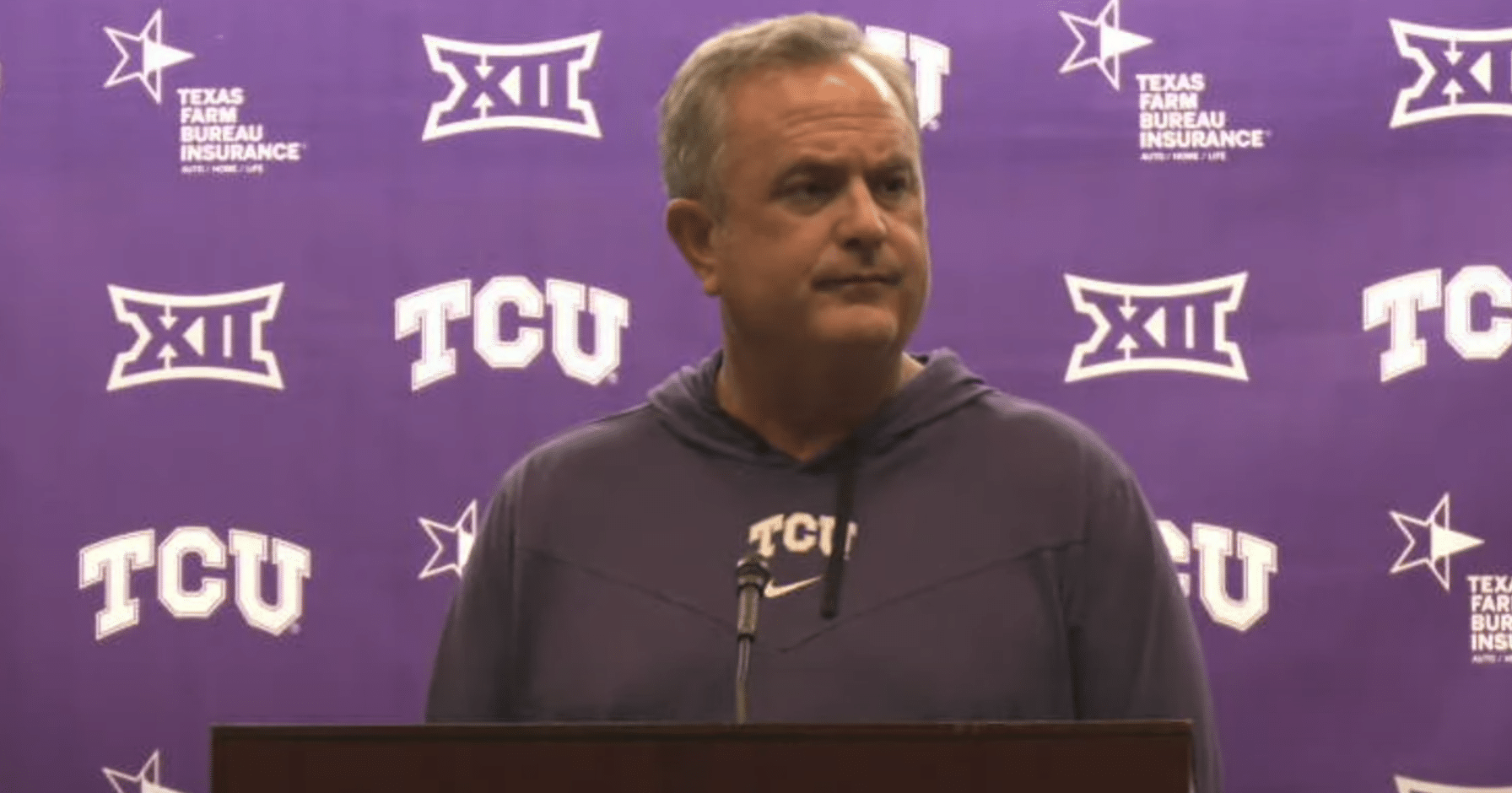 FORT WORTH — TCU quarterback Chandler Morris is on the mend, coach Sonny Dykes said Tuesday during his weekly news conference, but his status for the Horned Frogs’ next game Sept. 24 at SMU remains uncertain.

Morris began rehabbing his left knee this week and is on the original timeline for a return.

“He’s starting to do some rehab,” Dykes said. “I feel good about the timeline and where he is right now.”

Morris is “on track to be back pretty quickly,” Dykes said, but that TCU needs to see how the rest of this bye week goes before making a determination on his availability.

While the Frogs wait for Morris to work his way back to full health, the coaching staff is confident in Max Duggan’s ability to run the offense. Duggan set career-highs Saturday in passing yards (390) and passing touchdowns (5) in TCU’s 59-17 win over Tarleton State, and currently owns the highest passer rating in the nation at 239.15.

Beyond Morris, several other Frogs are dealing with injuries, including wide receivers Savion Williams and Quincy Brown, and free safety Bud Clark. Dykes believes Williams (shoulder) will return to practice Wednesday, but noted that Brown (ankle) will be out for “a while.” He did not give any indication on a timeline for Brown’s return.

Clark (ankle), meanwhile, is on the same timeline as Morris. Dykes suggested that Clark would be evaluated Friday or Saturday, and a determination on his availability for SMU would be made at that point. Dykes also went out of his way to compliment Abe Camara for how he has played at free safety in Clark’s absence.

“Abe was going to play a lot of football anyway,” Dykes said. “He’s one of those guys that deserved to play, and I think he’s played well.”

TCU will work on an adjusted practice schedule this week, practicing Wednesday, Thursday and Friday, and giving players Saturday off before diving into their preparations for SMU.