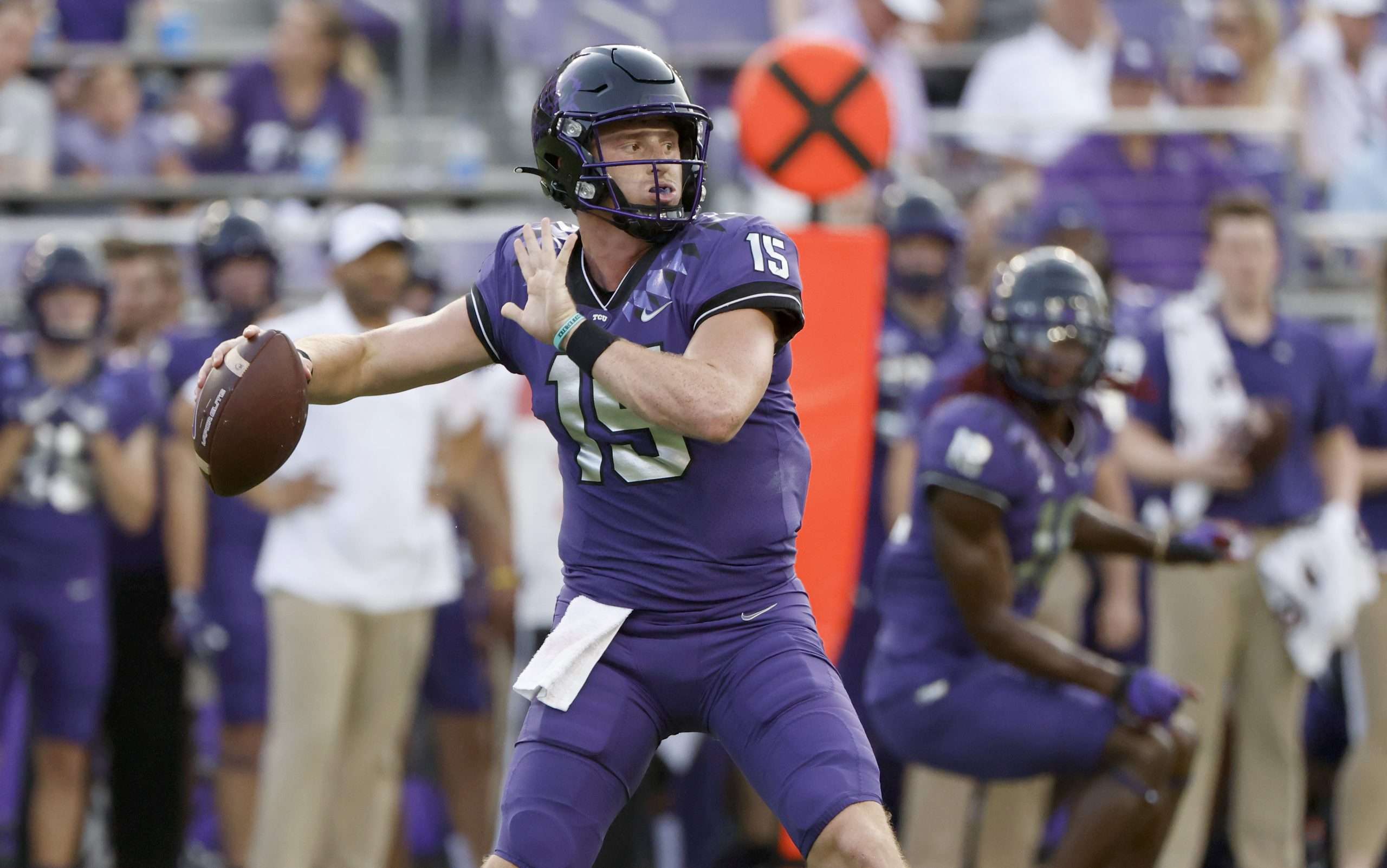 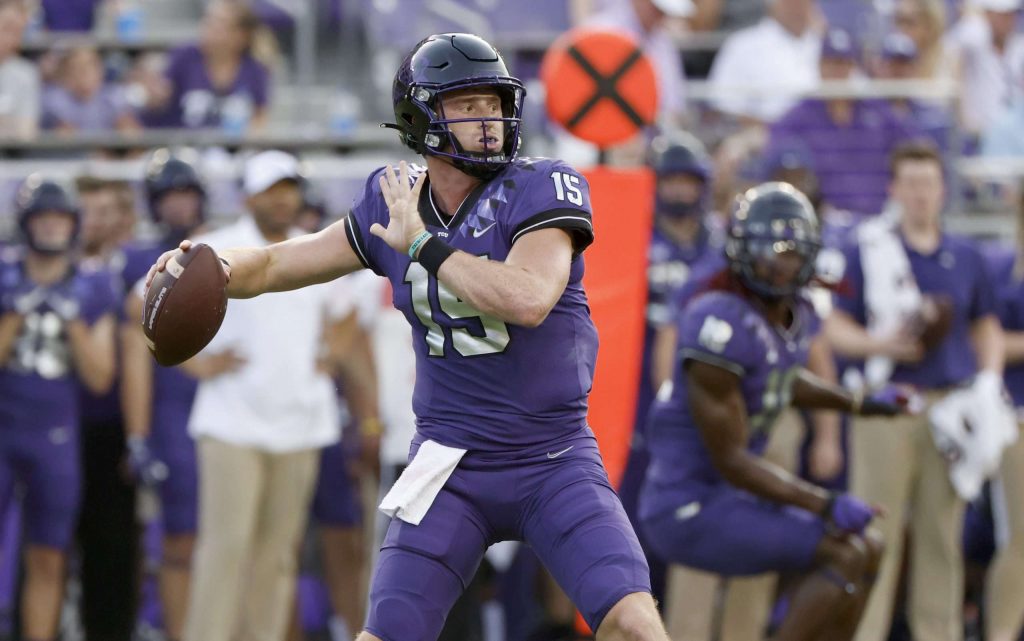 Max Duggan, above, is batting with Chandler Morris to be TCU’s starting quarterback in the fall (The Associated Press/Ron Jenkins).

FORT WORTH — Way back in late November, Nov. 30 to be exact, TCU coach Sonny Dykes said that all players already in the football program would be evaluated to see if they had a future with the Horned Frogs or if better players needed to be found in the transfer portal.

That was Dykes’ first day on the job. He reiterated things again at both signing deadlines and once again before the start of spring practices.

And by every player, he meant the quarterbacks, too.

On Tuesday, though, Dykes put to rest any uncertainty at quarterback, saying incumbents Max Duggan and Chandler Morris have adapted to the new offense and are making enough plays for the coaching staff to feel comfortable that they can guide the offense in 2022.

“The big thing for us was, come in, look at it and say, ‘OK, do we need to go find somebody?'” Dykes said. “‘Do we need to look in the portal and try to find somebody Is the guy that we want not here?’ The good thing is we feel like they are here.

“Now we just have to develop them and get them better and keep working and let’s see where they take us?”

Dykes didn’t completely close the door to the portal, saying a quarterback could fall into the Frogs’ laps. There have been rumors that Dykes would pursue either SMU quarterback Tanner Mordecai or Preston Stone if they were to enter the portal.

Other schools might have disgruntled quarterbacks after spring practices, too.

“We’re trying to always get better as a football team,” Dykes said. “If somebody can make us better, we’ll take him. But I don’t know that that’s necessarily a priority at this point.”

Duggan has thrown for nearly 6,000 yards and 41 TDs in three seasons also rushed for 1,433 yards and 19 scores, all while playing through various ailments. He underwent foot surgery after the 2021 season finale and has been at full speed this spring.

He anticipated an open competition with Morris, who played in four games last season and led the Frogs to a 30-28 upset of conference champion Baylor. Sam Jackson has also made a favorable impression, Dykes said, and so has early prep enrollee Josh Hoover.

“Competition is great for everybody,” Duggan said on the latest episode of the Frogs Today Show with Brian Estridge. “I think it brings out the best of everybody, and I’m looking forward to it.”