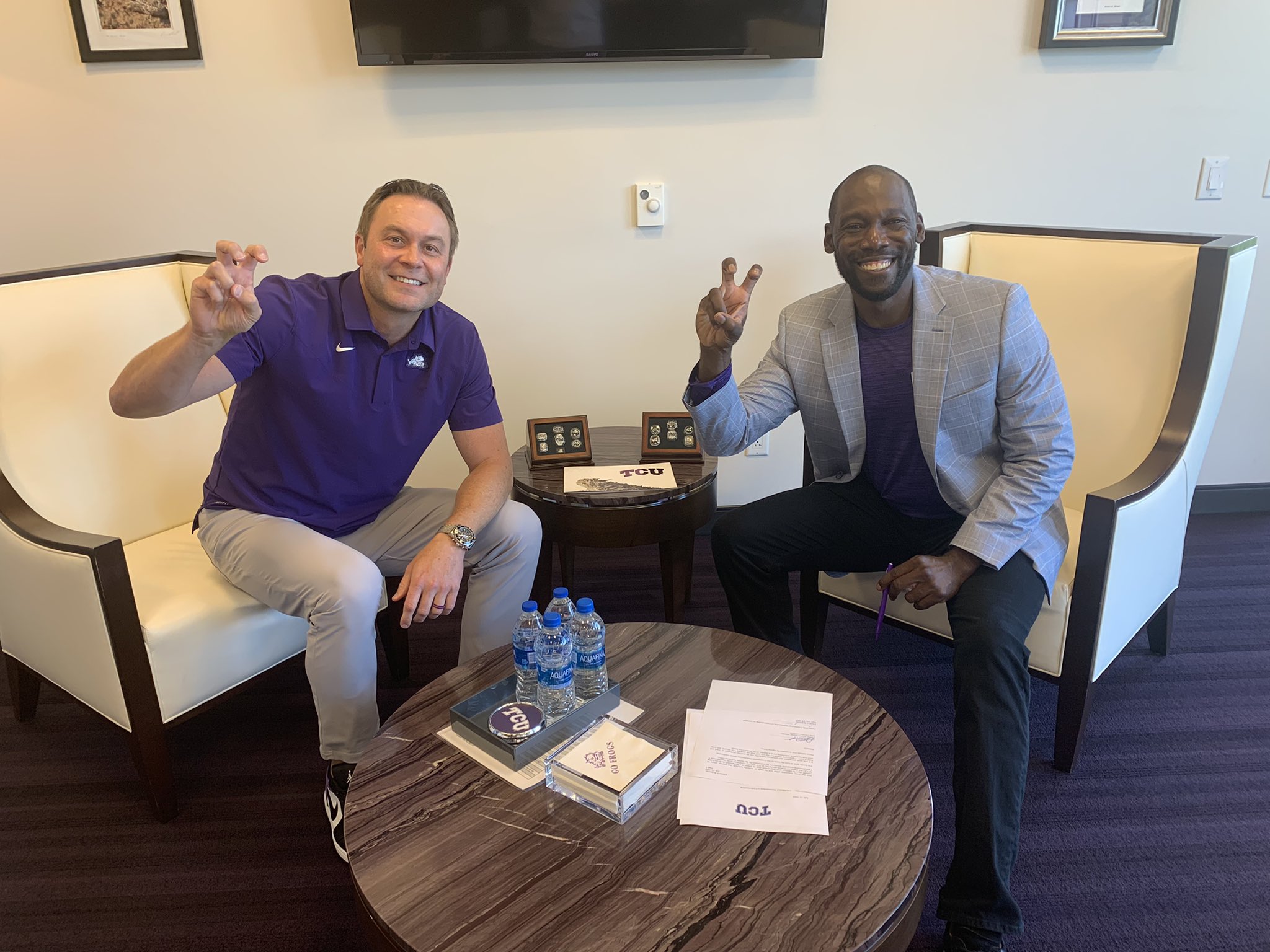 TCU Hall of Famer Khadevis Robinson has been hired as the director of track and field, athletic director Jeremiah Donati announced Thursday.

Donati spoke about the hiring of Robinson in a news release Friday. Robinson is replacing longtime director Darryl Anderson, who was relieved of his duties in late June.

“We are very excited and proud to bring Khadevis home,” Donati said. “He is a phenomenal fit on so many fronts for our track and field program and campus. From his time as an active athlete to now as a coach, Khadevis is well respected and known in the sport. He has a trust factor with all the athletes he’s trained. He is also a relationship builder who will develop a positive culture in our program, make an immediate impact in recruiting and engage our alumni and local community.”

Robinson is a Fort Worth native, a 2009 inductee into the TCU Athletics Hall of Fame and a two-time Olympian. He won the 1998 NCAA outdoor championship in the 800 meters while also anchoring the 4×400 relay to a national runner-up finish. Robinson is a four-time U.S. indoor  champion, and a six-time silver medalist in the 800 meters at the USA Outdoor Championships.

“I have always wanted to come back home to TCU,” Robinson said in the news release. “This opportunity is a blessing, and I’m looking forward to continuing to develop the program on both the men’s and women’s side and ensuring a positive student-athlete experience. DFW is a great area to recruit and build a team and family.”

Robinson served as Ohio State’s assistant track and field coach for the past five seasons. He was assistant coach at LSU and UNLV before joining the Buckeyes.

Beyond his work at the collegiate level, Robinson is the co-founder of the Youth Track and Running Club, a non-profit in Los Angeles, and has also served as president of the Track and Field Athletes Association.