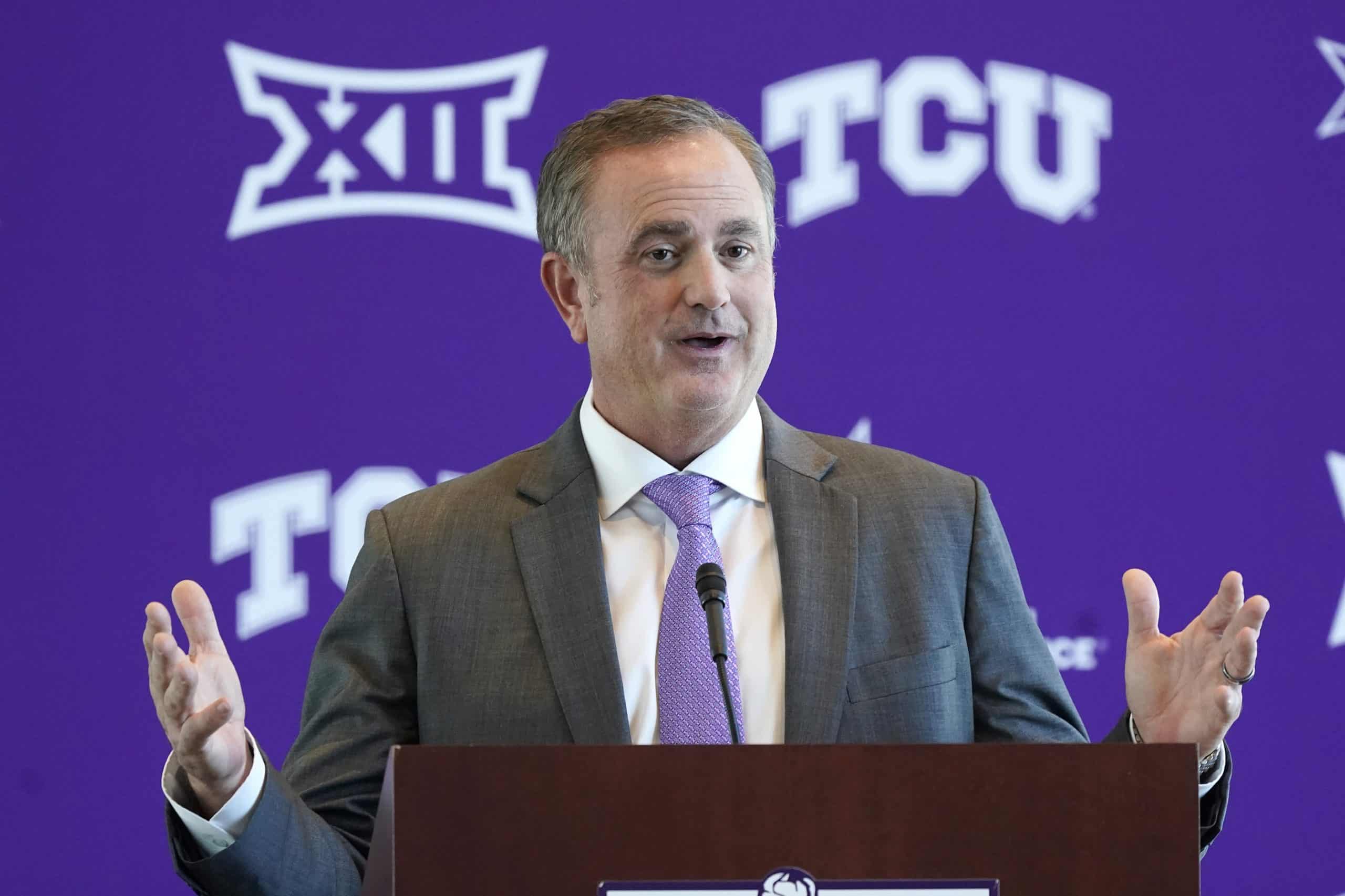 Sonny Dykes has another opening on his coaching staff. Ra’Shaad Samples is leaving for a job with the Los Angeles Rams (The Associated Press/LM Otero).

Samples has only been at TCU for four months, following new coach Sonny Dykes from SMU in late November. Samples, a Dallas native with a reputation as being a strong recruiter, helped bag multiple four-star recruits and several players from the NCAA transfer portal in his short time on staff.

He is the second coach to be poached from Dykes’ staff in the past month. The Frogs saw defensive line coach Chidera Uzo-Diribe leave last month for the same job with defending National Champion Georgia. Uzo-Diribe was replaced by JaMarkus McFarland, the former Oklahoma defensive linemen who was at Louisiana Tech on the staff of Sonny Cumbie.

Cumbie was the TCU offensive coordinator from 2014-2020 and spent last season at his alma mater, Texas Tech.

Samples is responsible for bringing in several of the highest rated Horned Frogs recruits in the 2022 class of signees, including four-star receiver Jordan Hudson and four-star defensive back Chace Biddle. He is also largely attributed with bringing together SMU’s highest-rated recruiting class ever in 2021.

Samples spent two seasons coaching under Dykes at SMU, during which time he was listed on Dave Campbell’s Texas Football 40-under-40 list in 2021, and 247 Sports’ 30-under-30 list in 2020. Prior to SMU, Samples served as an assistant wide receivers coach and on-campus recruiting coordinator Texas.

For Dykes and TCU, Samples l’ replacement might already be on staff. Current offensive analyst and recruiting coordinator Bryan Carrington is another recruiting force, having spent time building top classes at Texas and USC. Carrington was set for an off-the-field role on TCU’s staff, but may find himself on the sidelines due to Samples’ departure.