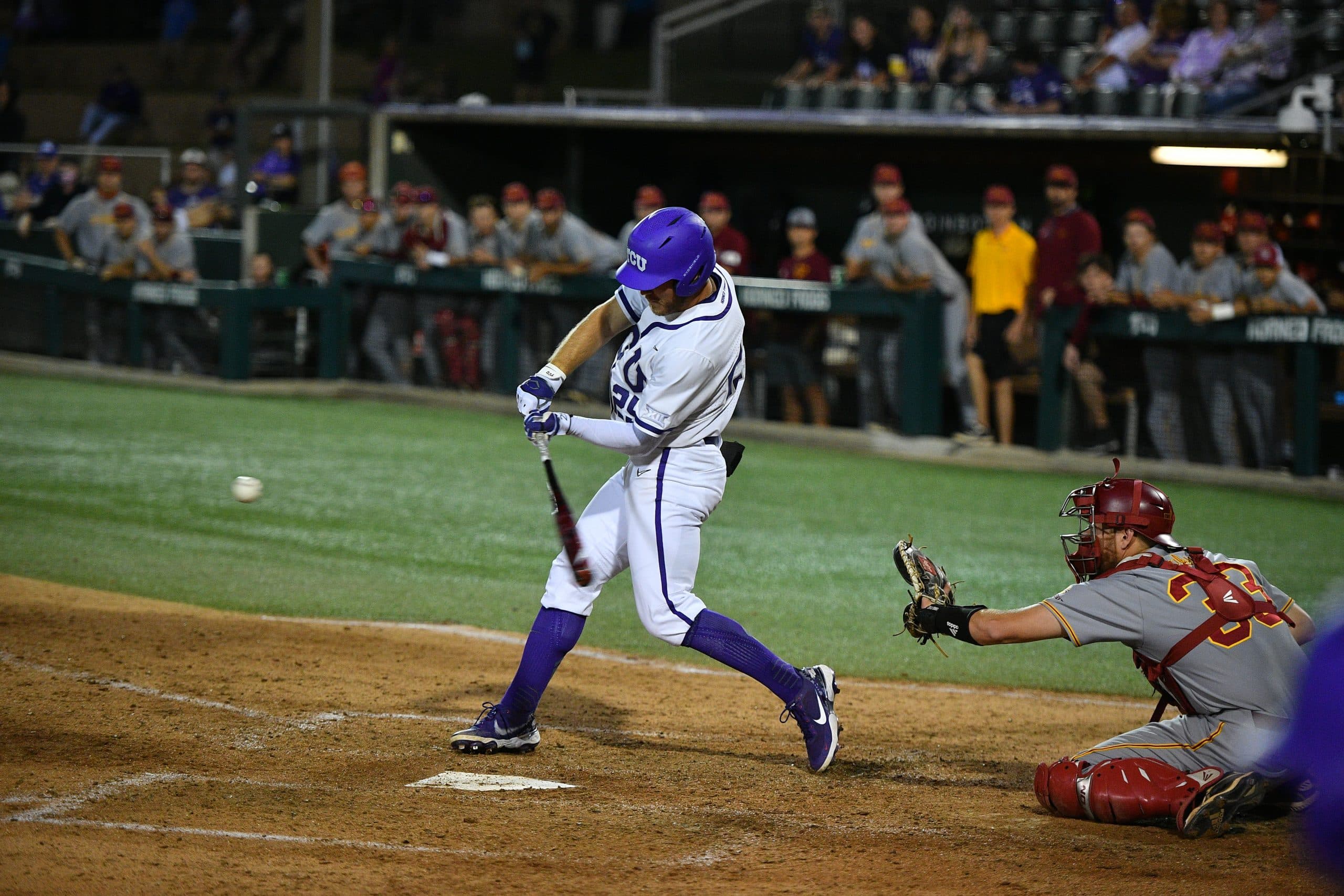 Tommy Sacco will be at Globe Life Field on Feb. 25-27 as the Horned Frogs face Nebraska (TCU media relations).

FORT WORTH — The TCU baseball team will make the short trip to Globe Life Field for the second straight season when the Horned Frogs play host to Nebraska on Feb. 25-27 at the home of the Texas Rangers.

Tickets went on sale at 11 a.m. Friday at texasrangers.com/collegebaseball.

TCU season-ticket holders who renewed their tickets by the Jan. 7 deadline will receive an equal number of complimentary tickets to the Nebraska series at Globe Life Field.

TCU played last year in Arlington in the inaugural State Farm College Baseball Showdown, and was the only Big 12 team to post a win against three SEC teams.

Sean Decker, the president of the Rangers-owned REV Entertainment, said that TCU will always be a priority for games at Globe Life Field.

“We want to play a ton of games,” Decker said. “We want to continue to bring some of the best programs in the country in. Obviously, with TCU right down the road and a world-class program, it’s always our goal to get them here.”

The 2022 Showdown will include Texas Tech for the second straight year and will be held Feb. 18-20.