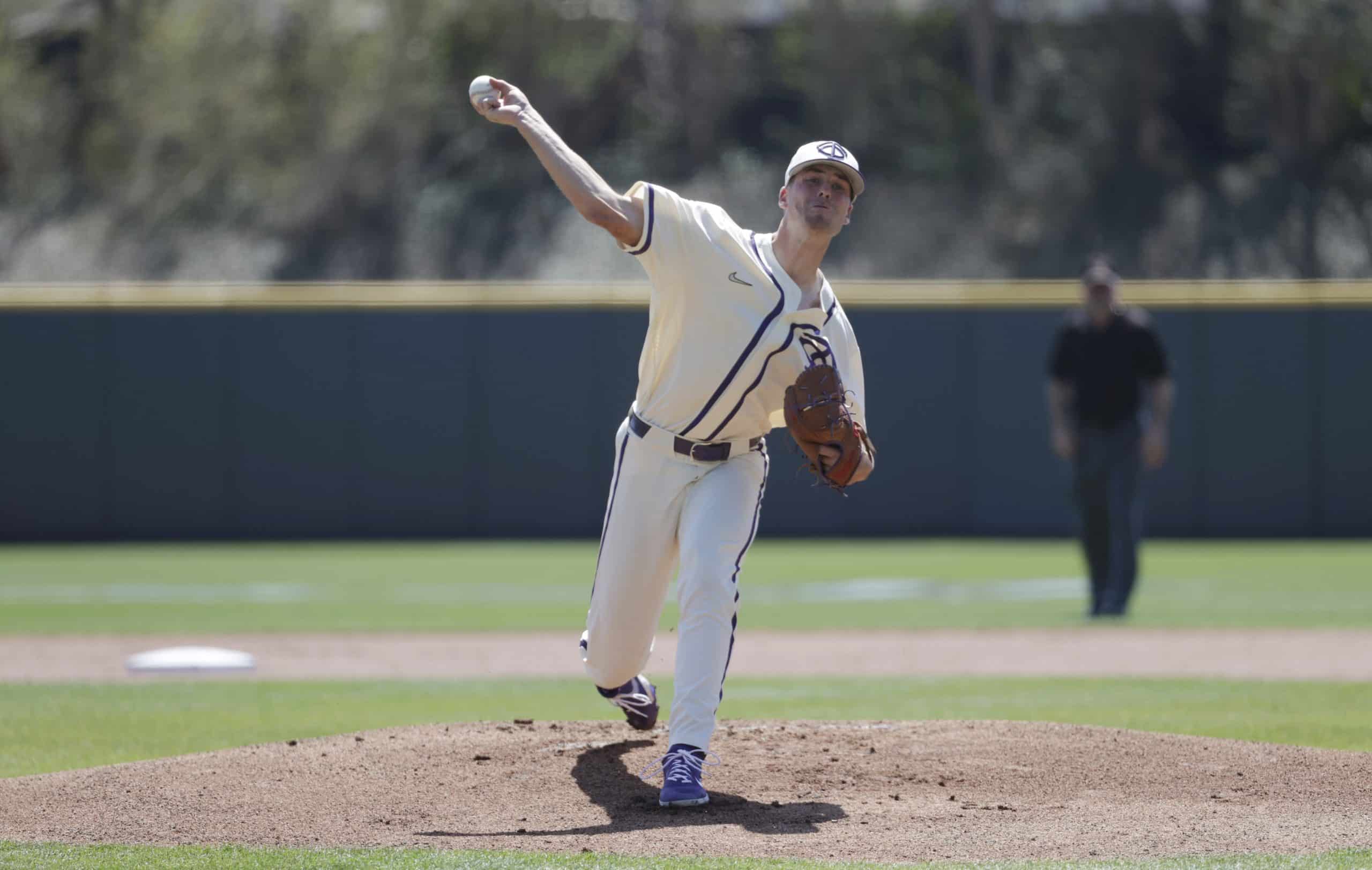 TCU breaks out the brooms in sweep of Kansas State

By Jamie PlunkettMarch 27, 2022No Comments

Home » TCU breaks out the brooms in sweep of Kansas State 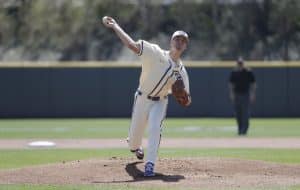 Brayden Taylor recorded his 100th hit as a Horned Frog on Sunday afternoon as TCU finished off their sweep of Kansas State with an 11-3 victory. It was TCU’s first series win against Kansas State since 2018.

“A sweep means a lot,” Elijah Nunez said after the game, “When it comes down to winning the conference like last year, a few teams, if we would have swept them we wouldn’t have even been in the run with Texas. A sweep is huge, especially when you can get them against good teams.”

It was a solid return to form for the graduate transfer from Oregon, who had allowed nine earned runs in his last two appearances.

Offensively the Frogs strung together 17 hits and worked five walks in the win, scoring double-digit runs for the second consecutive day.

“We do what we do,” TCU associate head coach Bill Mosiello said of the bats. “Everyday just try to grind out our at bats. Try to be a gritty little group.”

TCU struck first in the bottom of the first when David Bishop lined a ball into right center for a triple, scoring Nunez and Taylor. Bishop came home to score himself just a few pitches later, when Gray Rodgers hit a sharp ground ball to second base. For Bishop it was the start of a three RBI day, giving him a team-leading 36 on the season.

Bishop continues to hit well and he earned the praise of Mosiello after Sunday’s performance.

“He hit in the four hole from day one, behind Brayden, knowing that this guy could hit,” Mosiello said, “It wasn’t ‘I hope he’s good,’ he’s really good.”

“We kind of nicknamed ourselves the Bash Bros,” Taylor said. “Just like a little thing between us.”

Kansas State got one back in the top of the fourth, as back to back hits from Nick Goodwin and Cole Johnson put the Wildcats on the board. Goodwin doubled past a diving Taylor down the left field line with two outs in the inning. Johnson then singled up the middle to drive Goodwin home.

Walker managed to minimize the damage by inducing a ground ball to Gray Rodgers to end the inning.

A quick fifth inning led to the sixth, where Kansas State evened things up. After needing just 54 pitches to get through the first five innings, Walker looked like he would cruise through the sixth as well, needing just five pitches to get the first two outs. He needed 18 to get the final out though, as Kansas State put together a two out rally capped by a Johnson double into the left field corner.

The Frogs responded quickly in their half of the inning, getting the lead back and helping their starting arm earn the win. The Frogs were helped by a throwing error from Kansas State’s third baseman, who missed first base and threw the ball into foul territory in right field. The error allowed Kurtis Byrne to score from first, while Logan Maxwell advanced all the way to third.

Porter Brown brought Maxwell home with a sacrifice fly to center field. Elijah Nunez followed Brown’s at bat with his third triple of the season to keep the inning going. Two batters later Bishop recorded his third RBI of the day, hitting a single past a diving shortstop to bring Nunez home.

The Frogs added one more to their lead in the seventh thanks to a Boyers single that scored Sacco, before taking on four more runs in the eighth.

With the game in hand 7-3, TCU put their incredible plate discipline on display. The Frogs worked four walks in the inning, while scattering some singles in between, to put the game out of reach at 11-3.

Garrett Wright came on to finish the game off in the ninth inning, needing just 12 pitches to send Kansas State back to Manhattan hat in hand.

The Frogs moved to 18-5 on the season and 5-1 in Big 12 play with the win. They now have two weekday games against Abilene Christian and UTSA before hosting West Virginia next weekend.