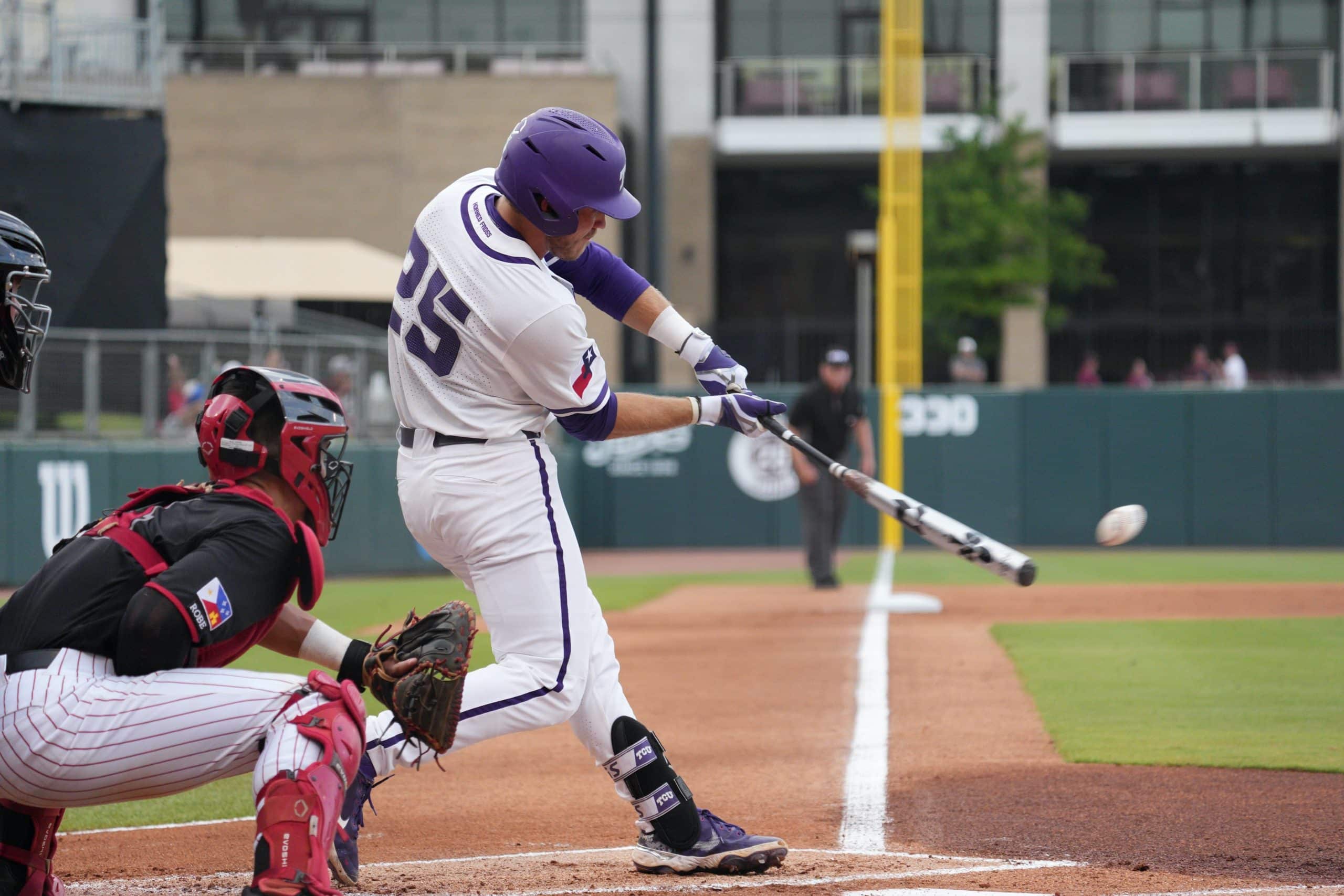 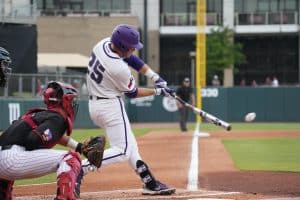 The Frogs dug themselves into holes throughout the ballgame, making uncommon throwing errors, stranding runners on base, and failing to close out innings.

TCU fell behind in the second inning when Louisiana’s 8th and 9th hitters in the lineup hit back-to-back home runs, pushing the Ragin Cajuns in front 3-0. Riley Cornelio, TCU’s starter, struggled with his command in the first two innings, walking three and hitting a batter while giving up two home runs.

Tommy Sacco brought TCU back to within a run in the bottom of the third inning with a two run home run, scoring his middle-infield counterpart Gray Rodgers in the process. The Frogs pulled ahead in the fifth, scoring two unearned runs on a single to right field by Kurtis Byrne, giving TCU a 4-3 lead.

After the second inning, Cornelio settled into a rhythm. While his control didn’t fully return, Cornelio managed to work into the sixth inning before exiting with two outs and a runner on base, having given up a two-out single to tie the game at four.

Luke Savage gave up a triple to the first batter he faced, allowing Louisiana to take a 5-4 lead, before getting a strikeout to end the inning. The Ragin Cajun’s extended their lead to 6-4 in the top of the seventh, when a two-out throwing error from Brayden Taylor allowed a run to score.

In the bottom of the inning Porter Brown brought the Frogs to within a run, launching an opposite field home run to make the score 6-5. Louisiana countered in the top of the seventh, when a Drew Hill throwing error, again with two outs, added an insurance run to make it 7-5.

Once again TCU battled back, scoring a run in the bottom of the eighth thanks to a David Bishop double.

That’s where the score remained, though, after TCU’s potential heroics in the bottom of the ninth went unrealized.

Brayden Taylor stepped to the plate with runners on first and second, two outs, and TCU trailing by a run in the bottom of the ninth. Taylor, exactly who Frog fans want up in a situation like this, battled in a seven pitch at-bat, fouling off multiple potential third strikes. Unfortunately, his final swing produced a ground ball to second base, and he was thrown out to end the game.

TCU takes on Oral Roberts on Saturday at noon, with the loser being sent home and the winner surviving to play on Sunday.