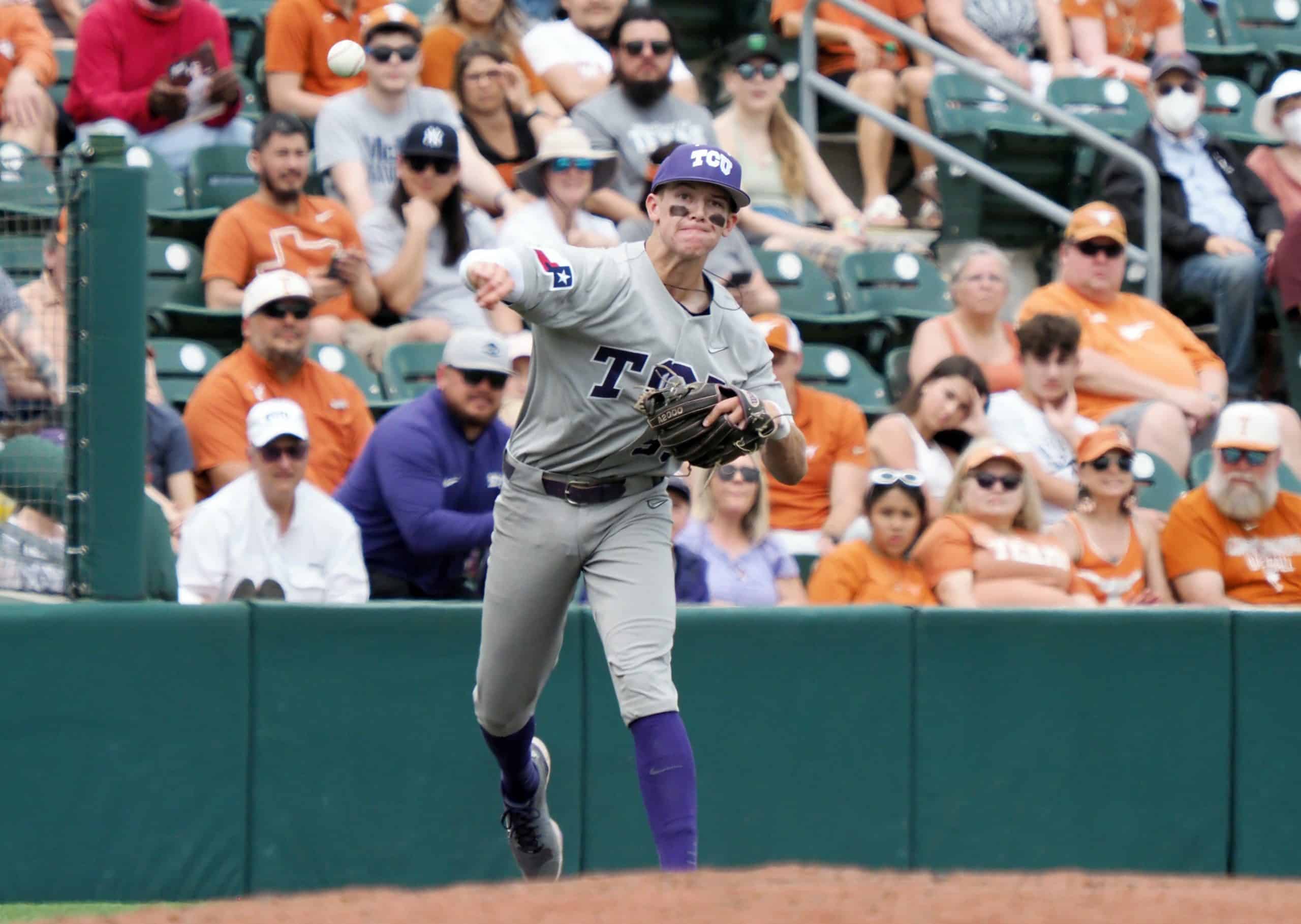 By Jamie PlunkettApril 10, 2022No Comments 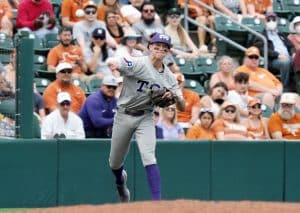 TCU dropped the weekend series to Texas after a 7-3 loss on Sunday afternoon. Brett Walker gave the Frogs a solid start on the mound, while Tommy Sacco and Brayden Taylor continued their hot streaks at the plate, but it wasn’t enough for the Frogs.

Walker pitched into the sixth inning, scattering eight hits and allowing three runs. It was Walker’s third consecutive start pitching into the sixth.

The Oregon transfer also got some good help from his defense, with Taylor turning two 5-3 double plays to end scoring threats.

TCU gave Walker a lead to work with in the second inning. Sacco singled with one out, and the Frogs’ shortstop came around to score on a Kurtis Byrne double to the wall in center field.

Walker took that lead and carried it into the third inning. After getting two quick outs, Walker conceded a single to Douglas Hodo III. Texas’ home run leader, Ivan Melendez, was next up, and he made Walker pay for a hanging changeup.

Melendez sent the ball over the left-field fence for his 14th home run of the year, giving Texas a 2-1 lead.

The Frogs didn’t wait long to respond. David Bishop recorded his first hit of the series in the top of the fourth, moving to second base on a groundout by Gray Rodgers. After Sacco walked, Bishop advanced to third on a Byrne flyout and scored the trying run on a wild pitch.

Texas reclaimed the lead in the sixth while knocking Walker from the ballgame. Three consecutive hits gave Texas a 3-2 lead, with the third coming off reliever Luke Savage.

Texas added to its lead with two more runs in the seventh, knocking Savage from the game for Garrett Wright.

Taylor got one back for the Frogs in the eighth inning with a towering home run to right-center. The homer was Taylor’s team-leading seventh of the season and his second in as many days.

Texas scored two more runs in the eighth to push their lead to 7-3.