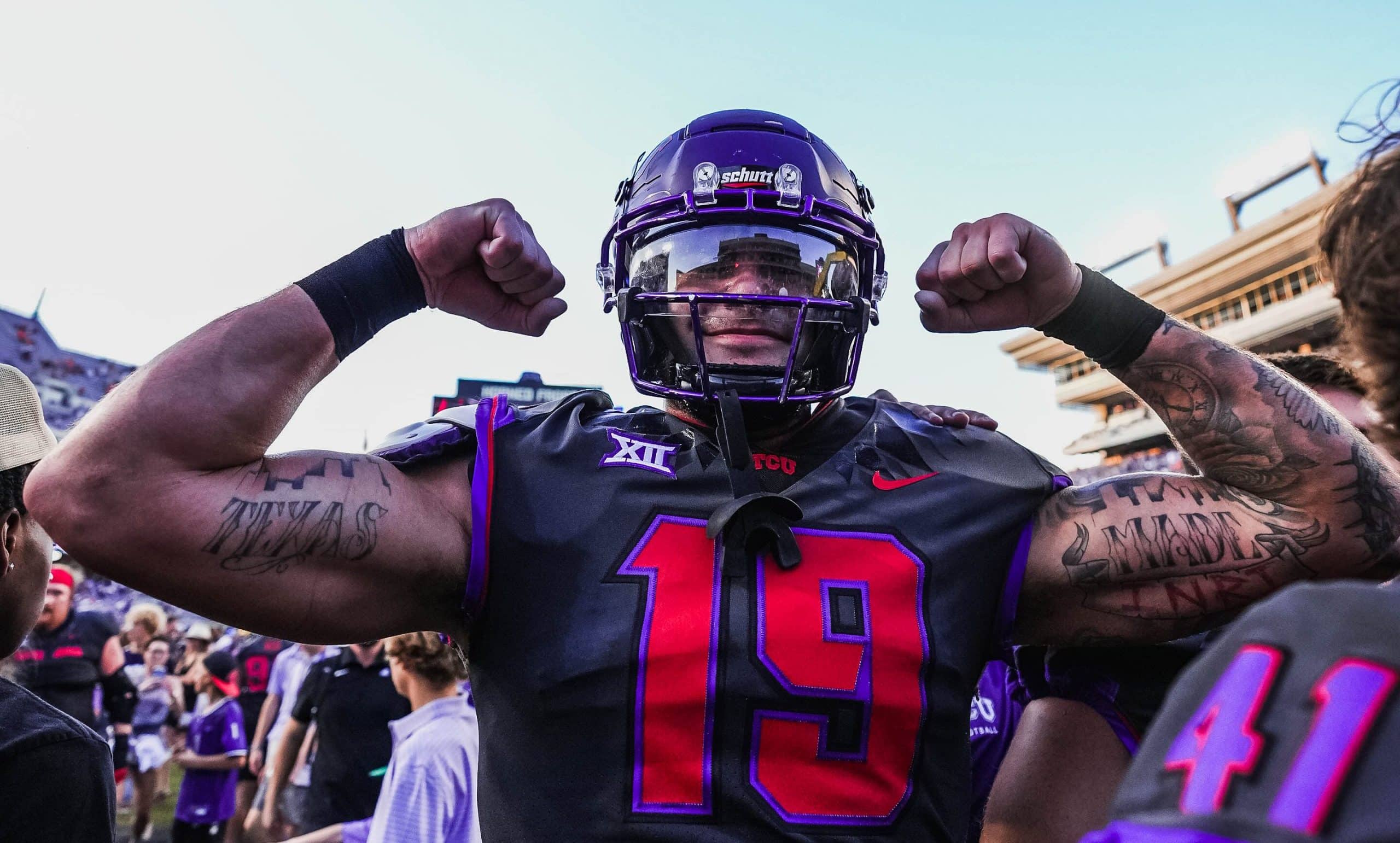 By Jamie PlunkettOctober 16, 2022No Comments

TCU jumped five spots in this week’s Associated Press top 25 poll, all the way up to No. 8.

That, of course, was the spot Oklahoma State occupied until the Frogs beat them 43-40 on Saturday afternoon. TCU sits one spot behind 7-0 Ole Miss, and one spot ahead of 6-0 UCLA.

Oklahoma State, meanwhile, fell to No. 11 after the loss. The Frogs and Cowboys are joined in the rankings by fellow Big 12 teams Kansas State (17) and Texas (20).

Kansas fell out of the rankings following a 52-42 loss to Oklahoma on Saturday, but still received votes.

Georgia sits atop the poll for another week, while Ohio State occupies the No. 2 spot. Tennessee jumped to No. 3 following an exciting 52-49 win over Alabama. Michigan and Clemson round out the top five, while Alabama fell to No. 6.

The Frogs host No. 17 Kansas State 7 p.m. Saturday at Amon G. Carter Stadium. The game will be televised on Fox or Fox Sports 1.