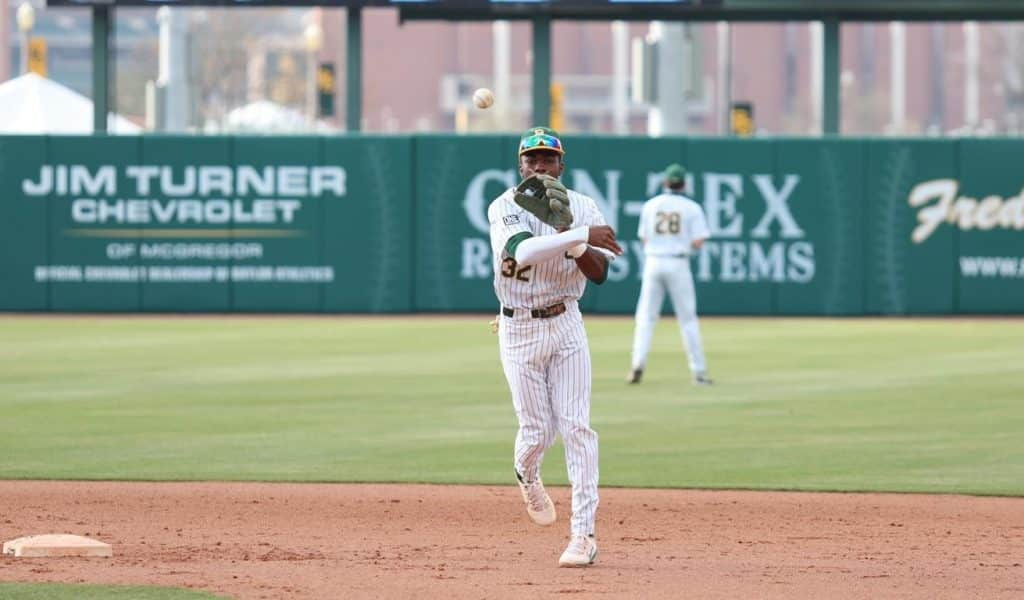 TCU’s season came to an end just days ago, but the coaching staff has wasted no time making plans for the future.

With the loss of Gray Rodgers and Tommy Sacco up the middle, coach Kirk Saarloos and company had a large gap in the infield and in the batting order.

Hunter Teplanszky is expected to fill one of those spots up the middle, but another spot was still open for a potential transfer.  Who better to bring in, then, than Baylor second baseman Tre Richardson?

Frogs Today caught up with Richardson — who spent the last two seasons as one of Baylor’s best defensive players and most proficient hitters — to talk about his decision to transfer to the Horned Frogs.