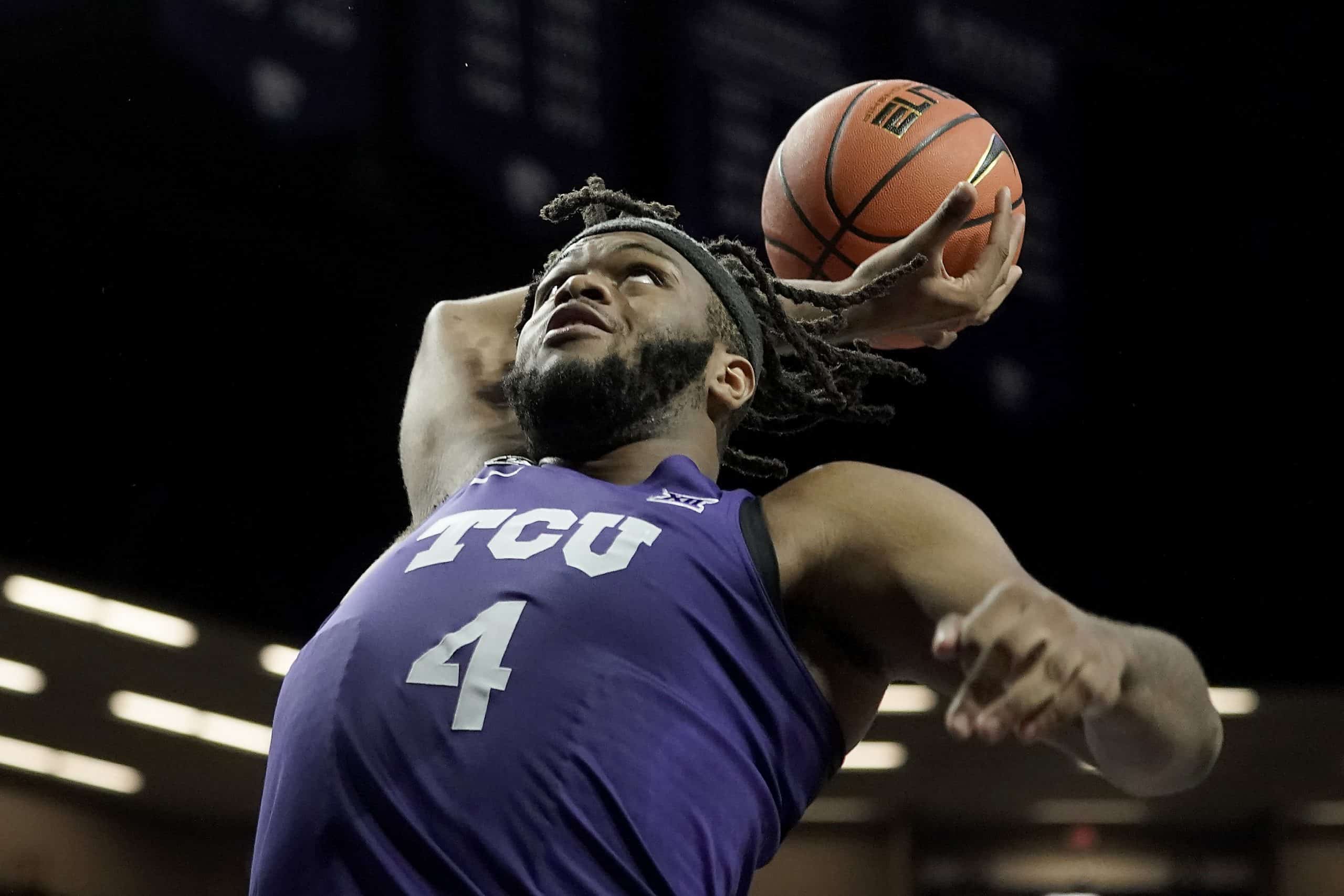 The Frogs rallied past Kansas State on Wednesday, finishing the game on an 8-0 run en route to a 60-57 victory. It was their first Big 12 win of the season.

Next up is Oklahoma at Schollmaier Arena, where TCU is 6-1 this season. The one loss came Jan. 8 to No. 1 Baylor despite leading by six at halftime. That was the Frogs’ first game in 18 days in part because of a COVID-19 outbreak.

The players who were limited during the pause are still not back to their pre-illness levels of play, coach Jamie Dixon said. They will get there, but they are still building back in terms of stamina and game rhythm. The Sooners will present another test for that group, most of whom were asymptomatic but still were forced to miss practice time and quarantine.

Oklahoma is coming off a 76-62 loss Monday at Texas.

About Oklahoma: This will be TCU’s first game against the Sooners since coach Lon Kruger retired. Porter Moser was hired in April after a very successful run at Loyola Chicago. … Senior post Tanner Groves, a transfer from Eastern Washington, is the Sooners’ leading scorer at 13.5 points a game and is threat from outside. He leads the Big 12 in field-goal percentage (59.4%). … His younger brother, Jacob, also transferred from Eastern Washington and averages 4.2 points of the bench. … Senior guard Umoja Gibson, who transferred from North Texas before last season, is averaging 12.7 points per game. He leads the Big 12 in 3-point tries (105) and is second in made 3-pointers (40). … The Sooners are shooting 35.7% on 3-pointers, an area where TCU has struggled defensively the past two games. … Oklahoma leads the all-time series 27-4. Ouch.

About TCU: Mike Miles Jr. scored 19 points to lead all scorers at Kansas State despite playing with a sore right wrist. The wrist  might have limited him to only 1-for-6 on 3-pointers. … Damion Baugh drilled the go-ahead 3-pointer with 11.3 seconds to go. He made three of his four 3-point tries after entering the game 5-for-18. … The Frogs continue to lead the Big 12 multiple rebounding categories, including a nation-best 15.3 offensive rebounds per game. Emanuel Miller, a Texas A&M transfer, leads the team with 7.1 rebounds per game. … Senior transfer guard Maxwell Evans (Vanderbilt) underwent shoulder on his left shoulder Thursday and will use a redshirt this season, as well guard Shahada Wells (knee).