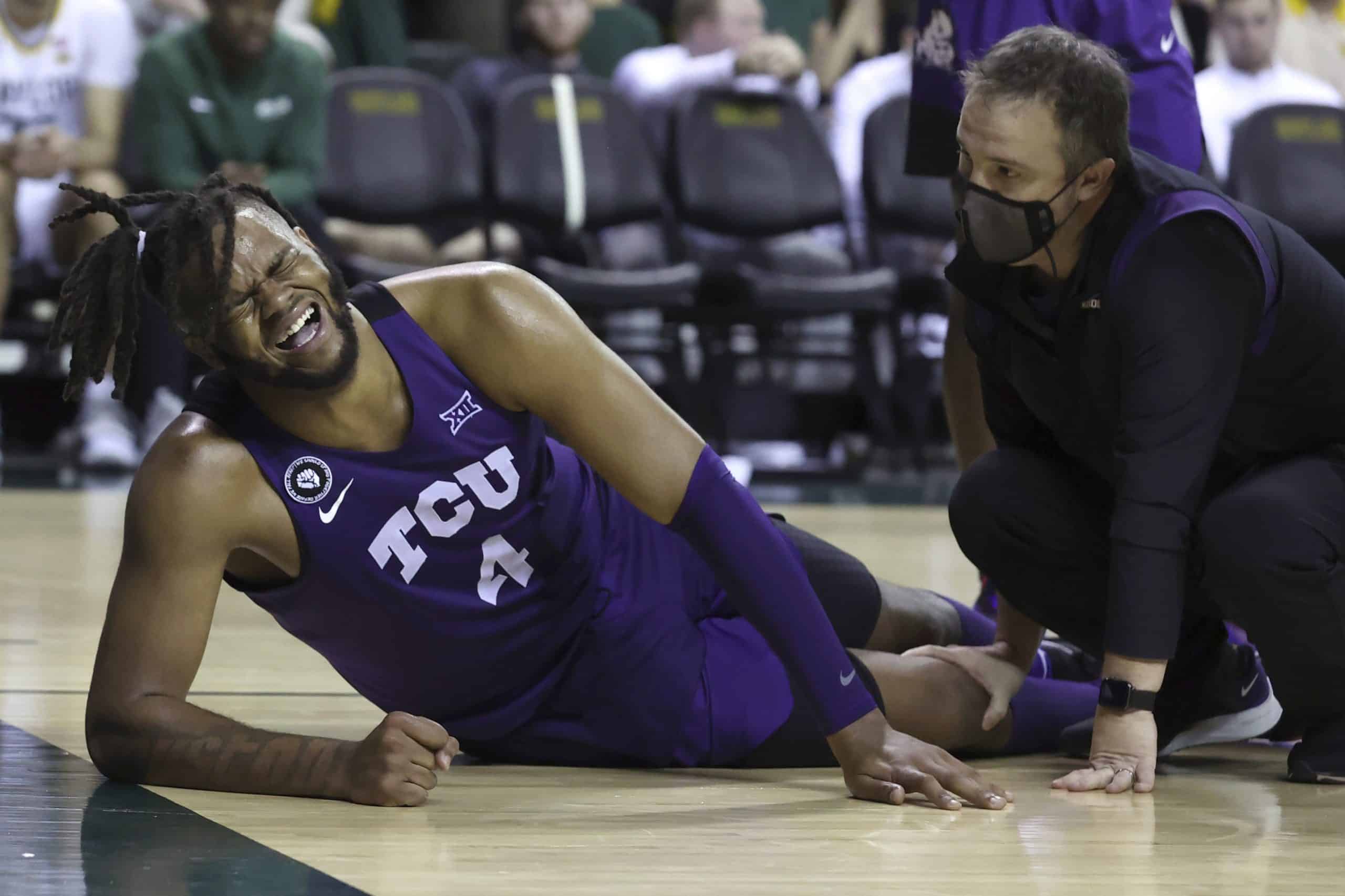 Eddie Lampkin Jr. tweeted that “I’m good” after injuring his knee Saturday in the Frogs’ loss at Baylor (The Associated Press/Jerry Larson).

FORT WORTH — Eddie Lampkin Jr. isn’t a doctor, though he played one Saturday on Twitter.

That would be good news for the Frogs, who have seen Lampkin become an offensive threat inside and one of the team’s best rebounders. However, he is listed a questionable for Monday’s home game against West Virginia.

Coach Jamie Dixon said on Saturday that Lampkin, who was helped off the court in the first half, wanted to play significant minutes in the second half. Dixon, though, erred on the side of caution and limited Lampkin’s minutes as Baylor stretched its lead to as many as 21 before the Frogs chipped away in the final five minutes.

“We need him out there, but we’ve got other guys,” Dixon said.

Xavier Cork and Souleymane Doumbia would likely see more playing time if Lampkin is limited against the Mountaineers. Cork usually replaces Lampkin only before the first media timeout in each half.

About West Virginia: The Mountaineers are coming off a 71-58 home loss Saturday to Kansas for their third straight loss. They were outrebounded 49-32. … West Virginia has not won a conference road game. … West Virginia gets most of its offensive production from its guards, including 18.5 points per game from leading scorer Taz Sherman. Sherman, from Missouri City, scored a game-high 23 points last season in a 67-60 loss at TCU. … He and Sean McNeil (13.2 points) have combined to hit 99 3-pointers this season. … West Virginia leads the all-time series 16-3.

About TCU: The Horned Frogs are coming off a 72-62 loss Saturday at Baylor. Micah Peavy scored a career-high 16 points, and Emanuel Miller also scored 16 in the Frogs’ third consecutive loss. … TCU continues to lead the nation in offensive rebounding percentage (38.8%) and also paces the Big 12 in rebounding margin (9.5, fourth in NCAA), offensive rebounds per game (13.7, sixth in NCAA) and rebounds per game (40.2, 14th in NCAA). … Mike Miles Jr. averages a team-high 14.7 points and is one of three players averaging in double figures (Miller, 10.6; Damion Baugh, 10.4).