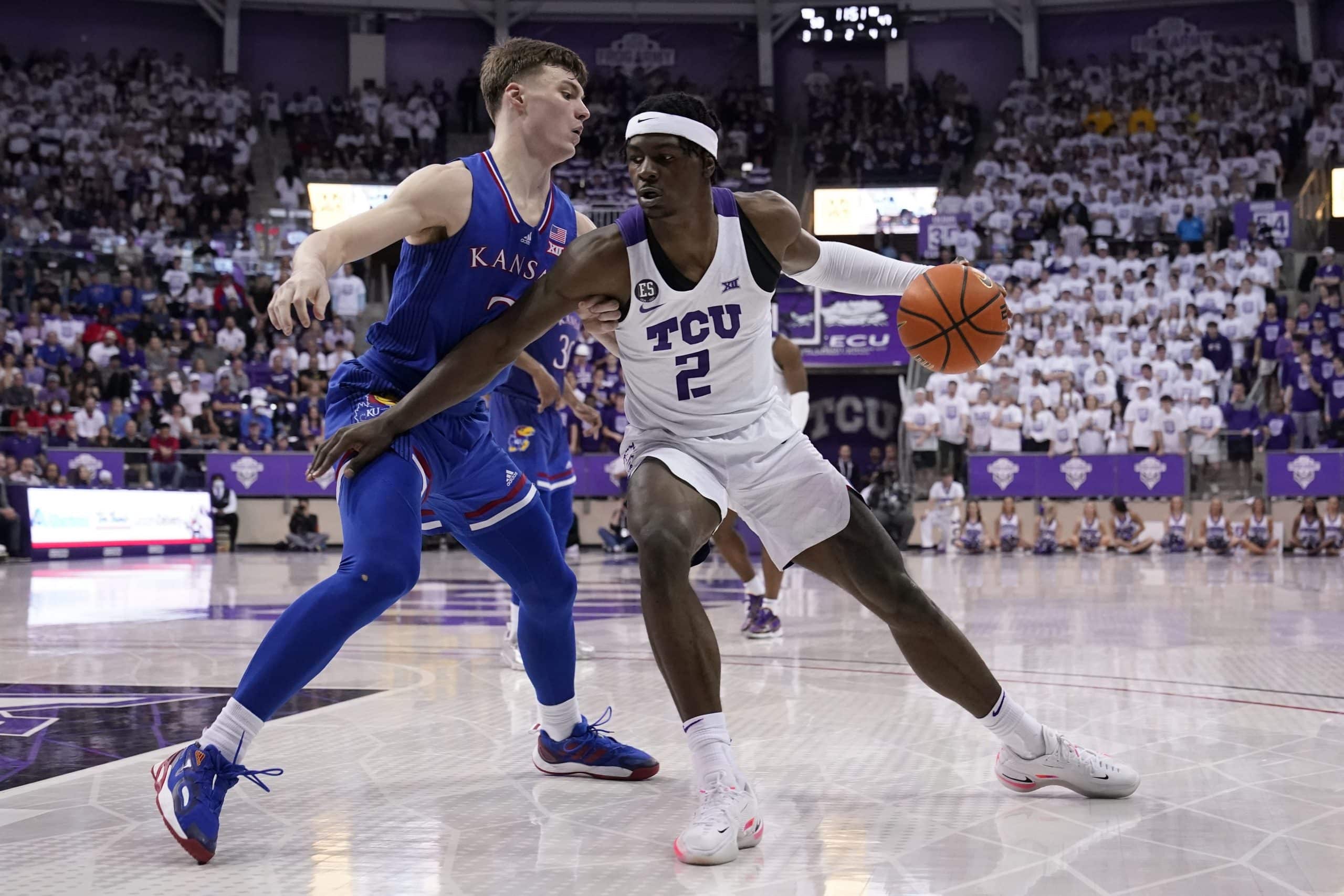 SAN DIEGO — One player, just one, on the TCU men’s roster has played in the NCAA Tournament, and it wasn’t for the Horned Frogs.

But the dream isn’t just reaching the NCAA Tournament for Peavy or the other nine active players.

“It’s like a dream come true,” forward Emanuel Miller said. “But this is only the first step, part of my dream. My dream is to win it all.”

Tip-off for their first NCAA Tournament game since 2018 is set for approximately 8:57 p.m.  TCU is the No. 9 seed in the South Region and will play No. 9 seed Seton Hall from the Big East Conference.

The Frogs say they are ready to validate their at-large berth that they started working toward in June.

“But being with my team on Selection Sunday, having that feeling that, ‘Damn, we really made this. We’re really going to be in the tournament playing against the best players,’ ” Miller said. “It’s been a dream. It’s been thrilling, to say the least, just because we know how hard we’ve worked from since summer, and we know what we’re capable of doing.

About TCU: The Horned Frogs finished fifth in the Big 12 Conference (8-10) and reached the semifinals of the conference tournament. The Frogs went 5-8 against teams in the NCAA Tournament. … Mike Miles Jr. has been the Frogs’ leading scorer all season, averaging 15.0 points. He was selected to the All-Big 12 second team and NABC second-team All-District 8. He became the first TCU players selected to the Big 12 all-tournament team. … Two transfers, guard Damion Baugh (10.7) and forward Emanuel Miller (10.3), are second and third in scoring. … The key for the Frogs, as it has been all season, is rebounding. They are 18-7 when outrebounding their opponents. TCU ranks second in the country in offensive rebound percentage (37.9%).

About Seton Hall: The Pirates finished fifth in the Big East (11-8) and reached the conference quarterfinals, where they lost to Connecticut. Seton Hall went 7-8 against teams in the NCAA Tournament. Seton Hall is 3-3 all time as a No. 8 seed and has never last a first-round game when seeded eighth.  … Seton Hall and TCU have never played. … Senior guard Jared Rhoden leads the Pirates with 15.9 points and 6.8 rebounds. He was selected to the All-Big East first team. … Seton Hall has five graduate transfers on its roster, and the average age is 21.3, which is 10th oldest in the country. … The Pirates had the longest trip of any NCAA Tournament team, 2,414 miles from South Orange, N.J.