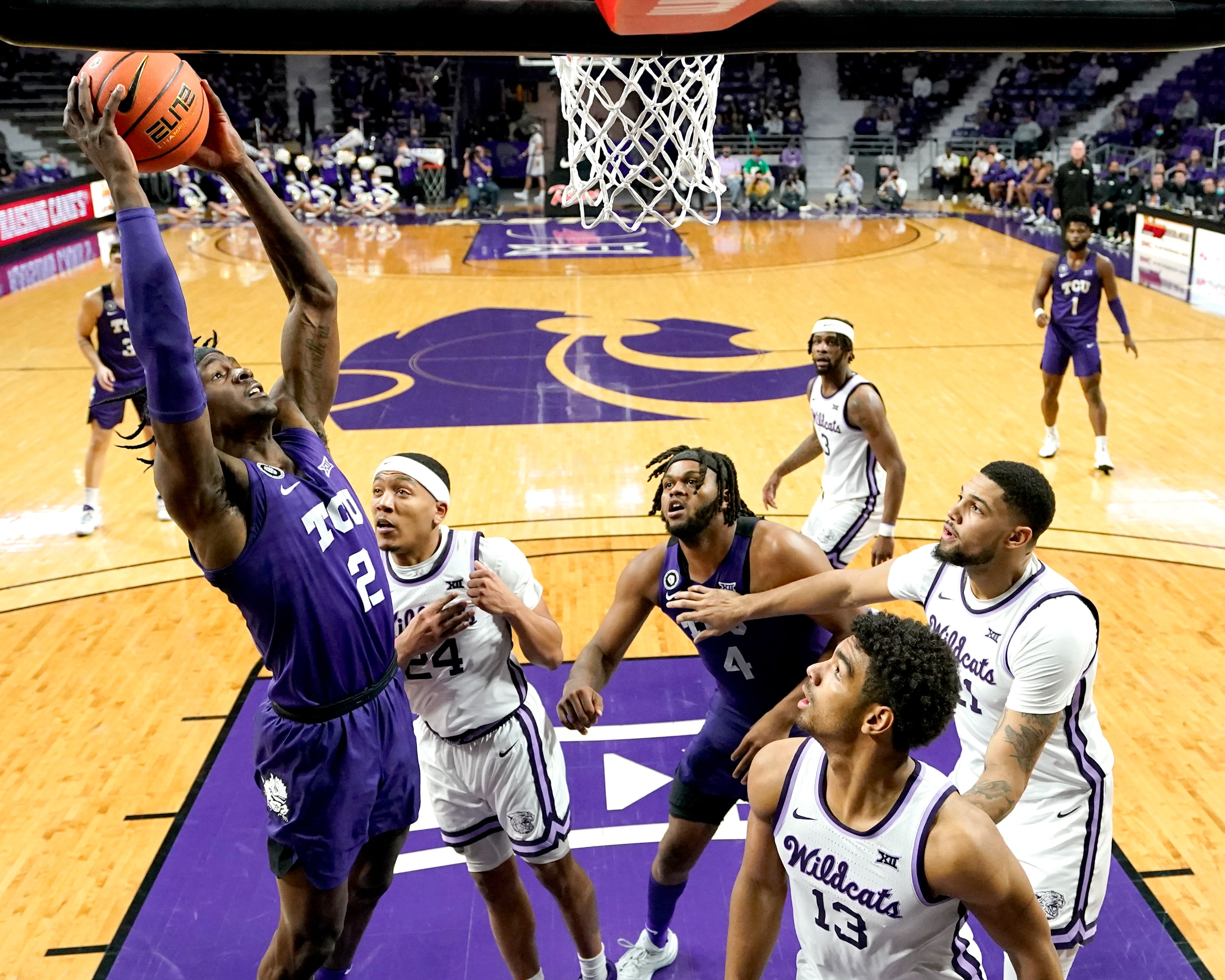 The Horned Frogs have already done so twice, to then-No. 1 Baylor and Texas. They still have home games remaining against ranked foes Texas Tech and Kansas.

So the Frogs’ game tonight against Kansas State at Schollmaier Arena is very important for them to reach their goal of reaching the NCAA Tournament.

“You’ve got to win every home game,” Dixon said. “That has to be the mentality. And there’s no excuse to lose a home game. I don’t care they’re ranked. We’ve got to play well, to create that atmosphere, and we’ve got to just make that expectation, the standard.”

TCU edged the Wildcats last month, 60-57, by scoring the game’s final eight points over the last 1:11. Kansas State counts two of its three Big 12 victories against ranked teams, one of them on the road.

About Kansas State: The Wildcats are coming off a 71-68 home victory Wednesday against Oklahoma State. Nijel Pack scored a game-high 22 points and fellow guard Mark Smith added 21 points and eight rebounds. … Kansas State has been wildly inconsistent in conference play. The Wildcats posted back-to-back wins over Texas Tech and Texas after the TCU loss and nearly upset Kansas. The Kansas loss was the first of three straight. …  Smith is the only Wildcats player to start all 21 games as the team has dealt with injuries and a COVID-19 outbreak. … Kansas State holds a 19-10 advantage all time against TCU and has won four of the past six games in Fort Worth.

About TCU: The Frogs are coming off a 73-62 road victory over Oklahoma. Mike Miles Jr. has reached double figures in scoring in three consecutive games and continues to lead TCU with 15.4 points per game. With a 20-point game, guard Damion Baugh pushed his scoring average to 10.1. That’s second on the team ahead of Chuck O’Bannon Jr. and Emanuel Miller (9.8 points apiece). … The key for the Frogs against the Sooners came on the glass, where TCU held a 42-20 rebounding advantage. … A win tonight would give TCU 16 victories in 20 games or only the eighth time in program history and for the first time since the 1997-98 team that went to the NCAA Tournament under coach Billy Tubbs.