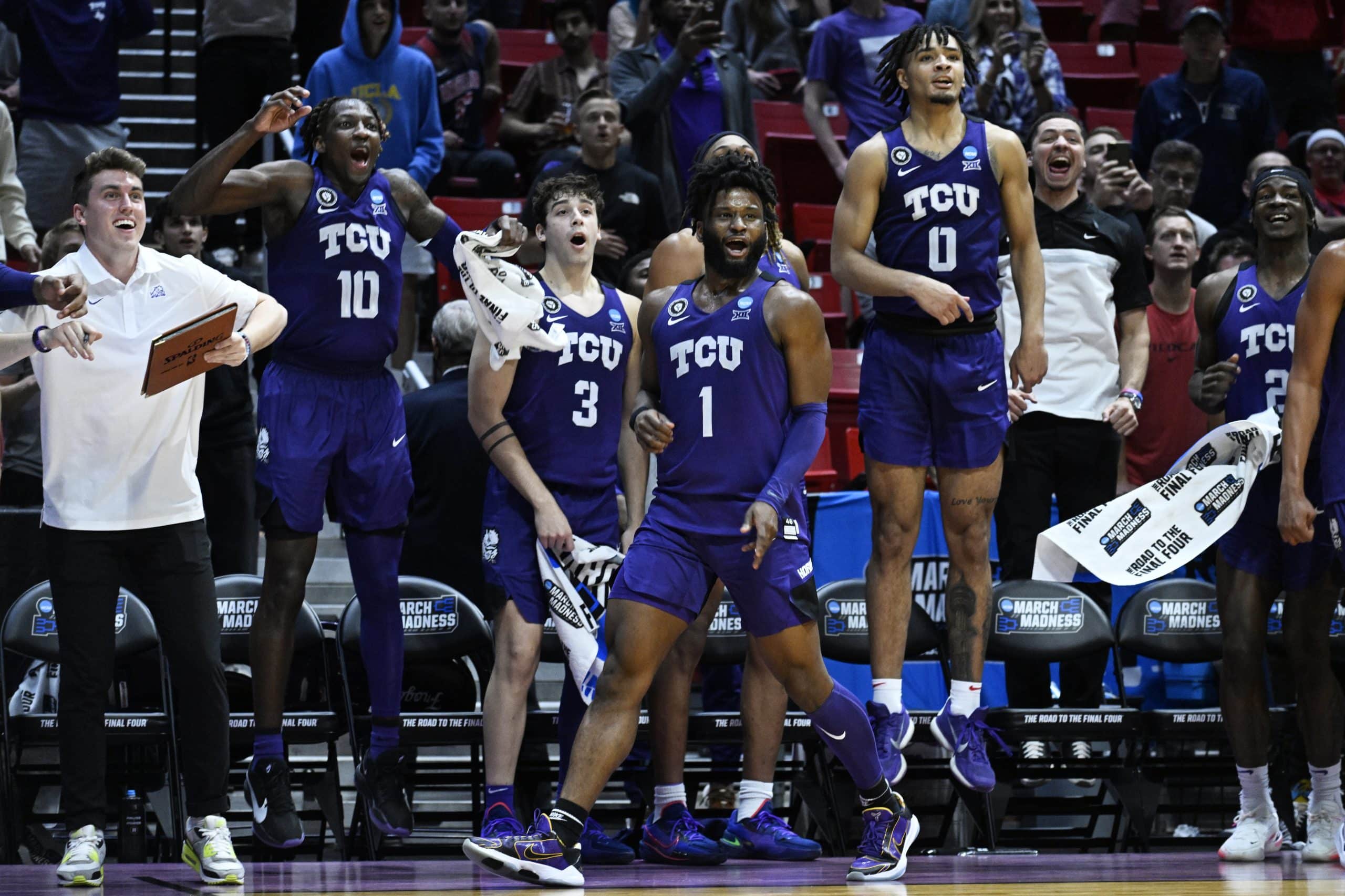 SAN DIEGO — You know what they say: The 33rd time’s the charm.

TCU had played 32 games entering Friday night, but none of them had matched what happened at Viejas Areans in Game No. 33 and what happened to Seton Hall in the first round of the NCAA Tournament.

Until the next one.