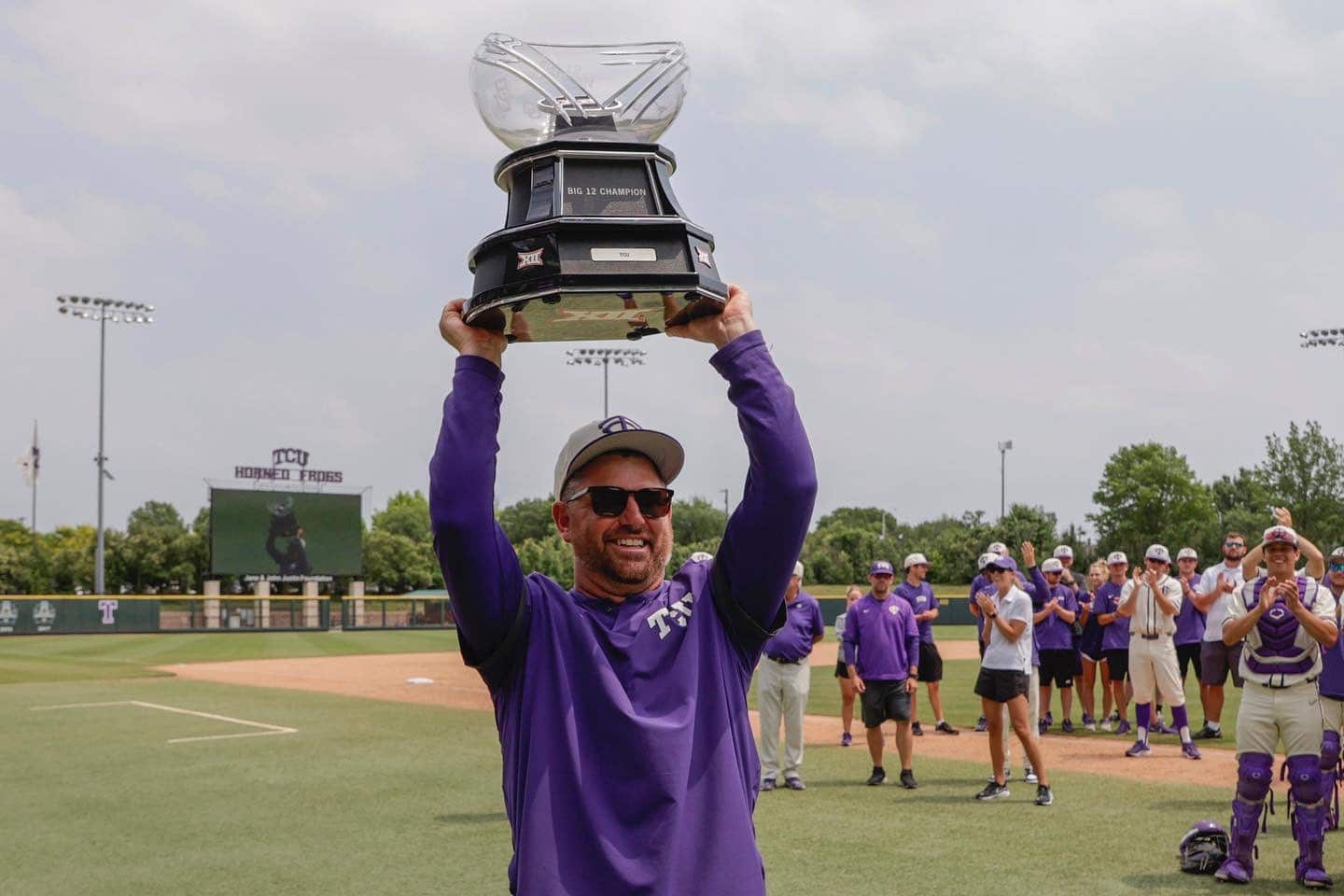 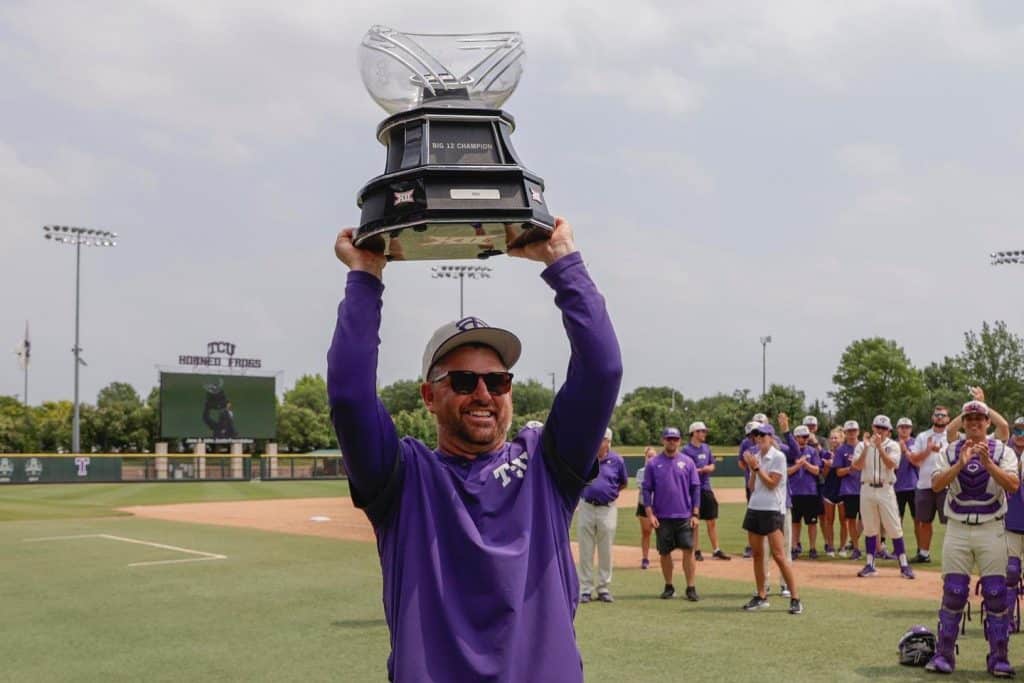 The Big 12 Conference is releasing its regular-season accolades, and the Horned Frogs have earned a handful of awards.

At the top of the list, first-year  coach Kirk Saarloos has been named Big 12 Coach of the Year. He’s the first coach to win a Big 12 regular-season conference title in his first year at the helm.

Tommy Sacco, who had an incredible rebound year at the plate, and Luke Savage were both named to the All-Big 12 first team. Sacco finished tied for fifth in the conference in batting average (.359), sixth in OPS (1.090), and eighth in RBIs (51).

Savage finished the regular season with an ERA of 1.82 in 21 appearances, with an opponents batting average of just .210.

First baseman David Bishop was named to the All-Freshman team after an outstanding first season. Bishop finished his first season with a .279 batting average and 40 RBIs. He opened the season as one of the best hitting freshmen in the country before hamstring and hand injuries slowed him down.

Brayden Taylor, Marcelo Perez and Riley Cornelio were all named to the second teim. Taylor finished 12th in the conference with an OPS of 1.000.

TCU enters the Phillips 66 Big 12 Baseball Championship at Globe Life Field in Arlington as the No. 1-seed after winning the regular-season championship.