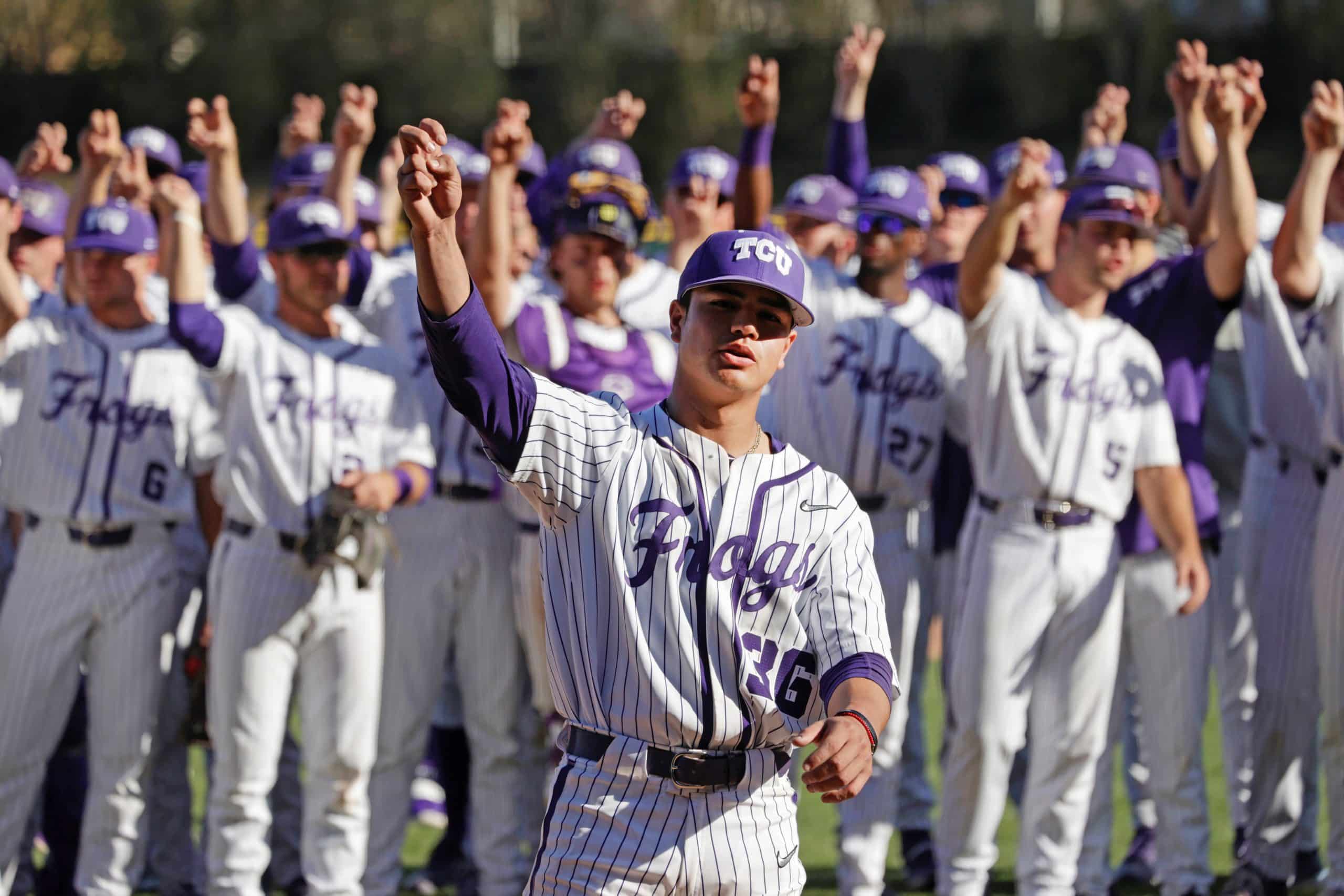 TCU snaps skid thanks to stellar outing from Marcelo Perez

By Jamie PlunkettApril 3, 2022No Comments 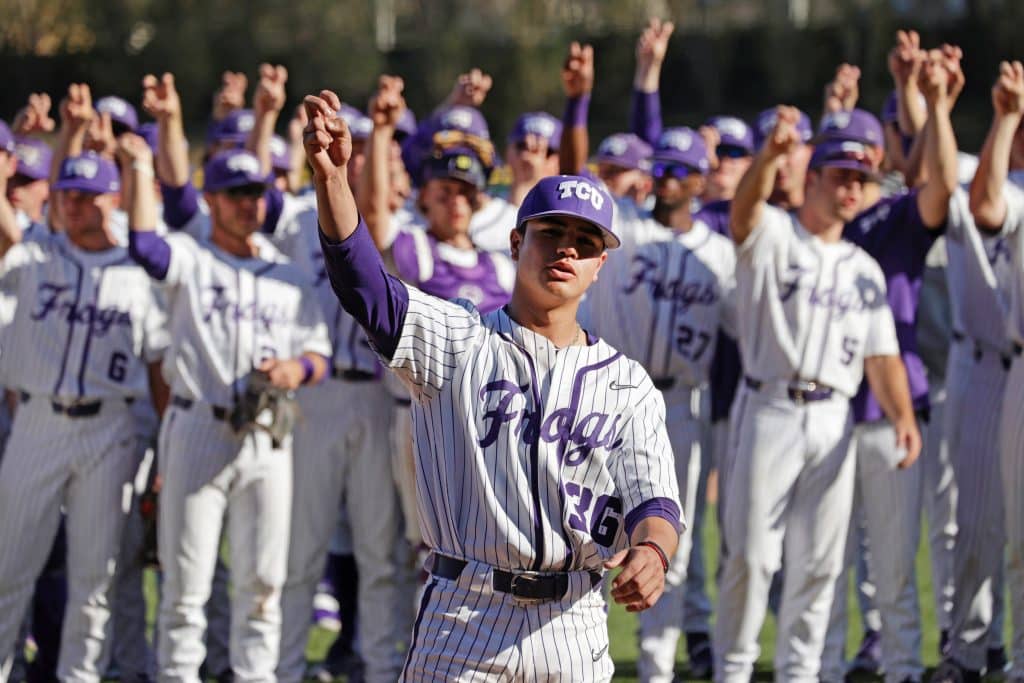 FORT WORTH — TCU players pushed Marcelo Perez to the front of the group as the alma mater played, much to the appreciation of fans at Lupton Stadium.

Perez saved the day, and the series for the Horned Frogs on Saturday afternoon with 6 2/3 innings of solid relief as the Frogs evened the series with West Virginia with a 5-4 victory.

“I was super proud of our team.” TCU coach Kirk Saarloos said. “You take one on the chin about nine hours or 12 hours before, and then they come out and get three in the first, one in the second and it’s 4-0. You could really hang your head in a hurry.

“Super proud of how the guys responded from last night to today.”

Cam Brown got the start for TCU but couldn’t make it out of the first inning. Brown walked three consecutive batters to open the game, before giving up a double down the right-field line to clear the bases.

Two batters later, Brown hit Dayne Leonard in the head to reload the bases. Saarloos moved quickly out of the dugout and called on Perez, who induced a double play to end the threat.

“We don’t win that game unless someone like that takes over and gets the double-play ball to get out of that inning, and then really does an awesome job throughout the rest of the game.” Saarloos said.

It was the longest outing of Perez’s career, and he delivered it when TCU needed him most.

“All I tried to do the whole game was give our team a chance to win.” Perez said.

Perez managed to stabilize the game, even after giving up a run in the second inning to make the deficit 4-0. Perez allowed just three base runners over the next five innings, one of whom was caught stealing by Kurtis Byrne and another who was picked off of first by Perez.

While Perez stabilized things on the mound, TCU’s bats began to manufacture some runs.

The Frogs got one run in the second inning when Brayden Taylor hit a sacrifice fly to right field to score Bobby Goodloe. TCU inched closer in the third thanks to Byrne.

His doubled to the wall in right field, bringing Gray Rodgers around to score and cutting the deficit to 4-2.

With Perez in a rhythm the mound and the bats beginning to wake up, it felt like just a matter of time until TCU took the lead. TCU did just that in the sixth.

Luke Boyers led off the inning by taking a pitch in the leg. Goodloe struck out for the first out of the inning, and then Boyers advanced to second on a fielder’s choice.

Elijah Nunez came through with a two-out single, bringing in Boyers to make it a one-run game. Ben Hampton, West Virginia’s starting pitcher, seemed concerned about Nunez’s ability to steal, throwing over to first base four consecutive times while Taylor waited patiently at the plate.

On Hampton’s first pitch to Taylor, TCU’s third baseman launched a 429-foot two-out home run into the trees in right field for the lead.

“Biggest thing was just trying to stay focused,” Taylor said. “They were throwing over there for a reason, trying to get everyone off balance. My whole thought process was just be on time for a fastball, be ready to get it.”

Saarloos saw Taylor make an adjustment after a strikeout in his previous at-bat.

“There’s nobody really in the lineup that you want up in an important situation more than Brayden,” Saarloos said. “He got a fastball up and elevated, and did a good job of not missing it, and it proved to be the difference in the game.”

Tommy Vail, Caleb Bolden, and River Ridings combined to close out the final two innings, with Ridings earning his eighth save of the season.

The Frogs and Mountaineers play the rubber match of the series on Sunday at noon at Lupton Stadium.

Watch the full postgame conversations with Saarloos, Perez and Taylor right here, or on our YouTube channel: