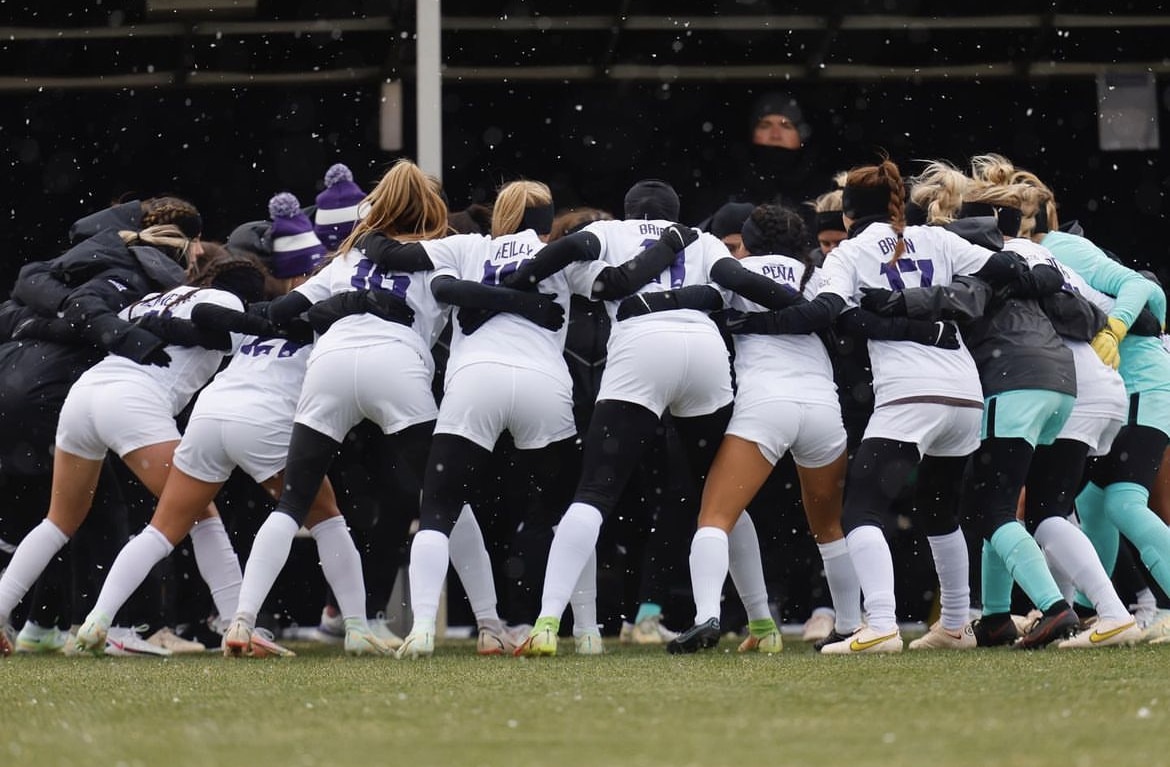 TCU to take on No. 1 seed Notre Dame for spot in the Elite Eight

By Ray CartwrightNovember 20, 2022No Comments

Home » TCU to take on No. 1 seed Notre Dame for spot in the Elite Eight

TCU beat Michigan State on Friday to set up a game with Notre Dame for a spot in the Elite Eight (TCU Athletics).

SOUTH BEND, Ind. – TCU has reached the Sweet 16 for the third straight season, but the fifth-seeded Horned Frogs will be aiming for more Sunday night.

This is Notre Dame’s first trip to the Sweet 16 since 2012, even though the Fighting Irish have made the NCAA Tournament in 28 of the past 30 seasons.

But TCU will have to overcome the Fighting Irish’s home-field advantage that has seen them go 49-3-1 in NCAA Tournament home games and 10-1-1 home mark this season. Notre Dame is also unbeaten in its past 11 contests.

Snow will not be factor as it was Friday for both teams, as the weather should be partly cloudy at kickoff. The field might be slick after steady snowfall Friday and Saturday, and it’s going to be cold. The forecast calls for a game-time temperature will of 23 degrees with winds increasing throughout the evening.

TCU battled the elements had played a different style of game Friday in their 1-0 second-round victory over Michigan State, which was able to press and apply immense pressure on the Frogs defense.

Notre Dame will look to do the same. The Irish typically use a possession-heavy passing attack to set up a high-powered offense.

The key for the Frogs will be stopping ACC Player of the Year Korbin Albert. She has scored 14 goals in her past 10 games, including two Friday in Notre Dame’s 4-0 win over Santa Clara.

The Fighting Irish’s offense has been hot since entering tournament play, scoring nine goals in their two games.

The Frogs will lean heavily on their back line, which has been strength for the past month. They will have to come back quickly and the box clean so that All-Big 12 goalkeeper Lauren Kellett can move and operate to thwart the Norte Dame attack.

Notre Dame has also been stout defensively. The Fighting Irish have not conceded a goal in tournament play and have 13 clean sheets on the year.

To solve goalkeeper Mackenzie Wood, the Frogs will have to get big-time performances out of their midfielders. They will have facilitate the offense, setting up the forwards on the outside and cleaning rebounds in the box.

AJ Hennessey, Camryn Lancaster and Oli Pena have been forces in leading the Frogs’ attack. Though this trio is small in stature, coach Eric Bell says they have hearts of lions and will need to be queens of the jungle if the Frogs are to advance to the Elite Eight.