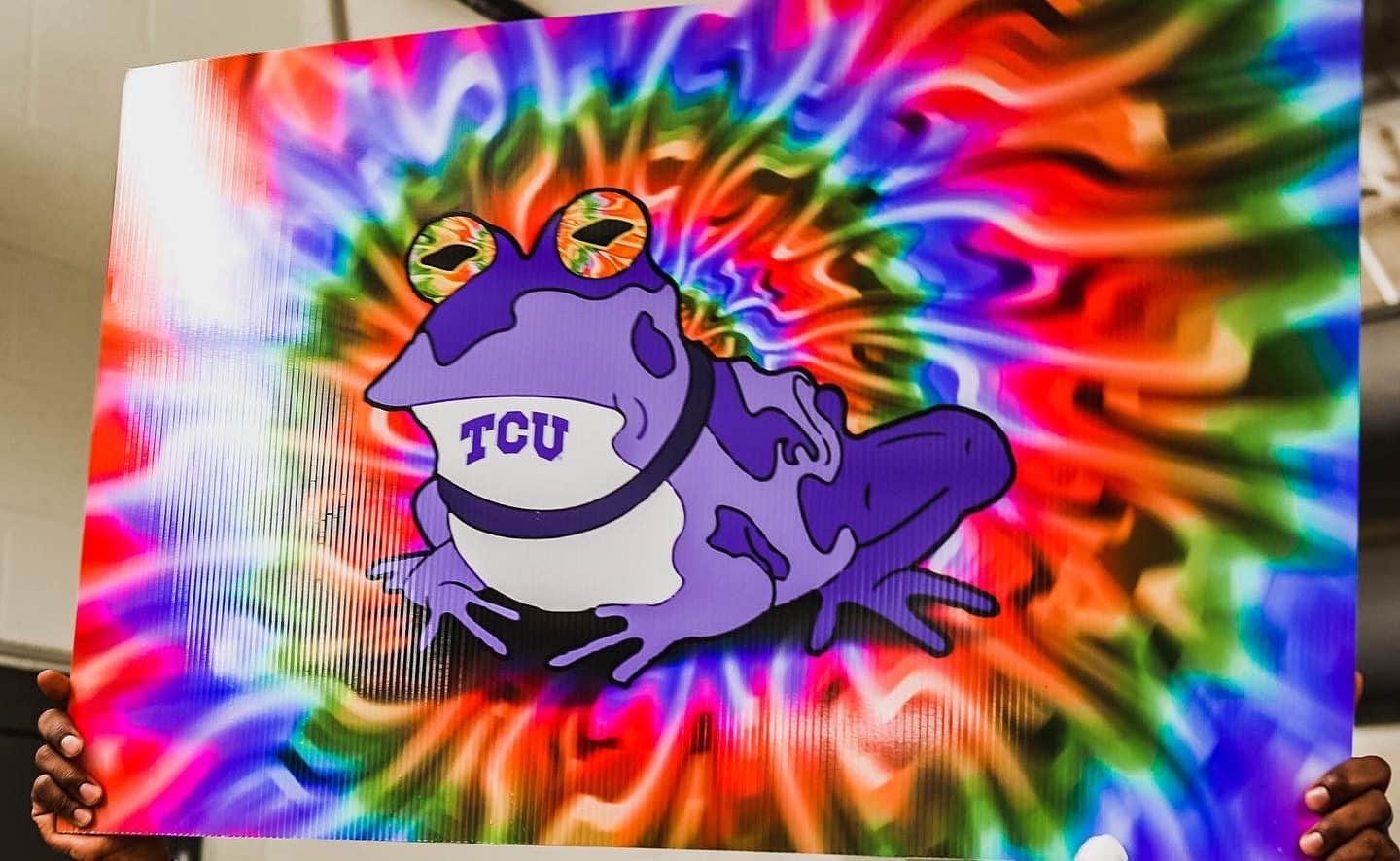 TCU stays at No. 7 in latest Associated Press poll

By Jamie PlunkettOctober 30, 2022No Comments

Home » TCU stays at No. 7 in latest Associated Press poll

TCU remained at No. 7 in this week’s Associated Press poll after their 41-31 win over West Virginia. The Frogs have been ranked the past four weeks following their 55-24 win over Oklahoma, and are the top-ranked team in the Big 12 for the second consecutive week.

Georgia retained the No. 1 spot in the polls this week, while Tennessee moved into a tie with Ohio State for No. 2. Both teams received 1,500 points in this week’s poll, which assigns points based on where they are ranked in each individual voter’s ballot.

TCU is joined by No. 13 Kansas State, which drubbed then-ranked No. 9 Oklahoma State 48-0 on Saturday. The Cowboys fell all the way to No. 18.

Texas and Baylor both received votes this week as well.

TCU is ranked in the pop 10 for the second consecutive week, but this week’s AP poll is arguably the last one that matters. The College Football Playoff committee will convene for the first time Tuesday and will release the first set of College Football Playoff rankings that night. That will give Frogs fans their first look at how the committee feels about their 8-0 record.